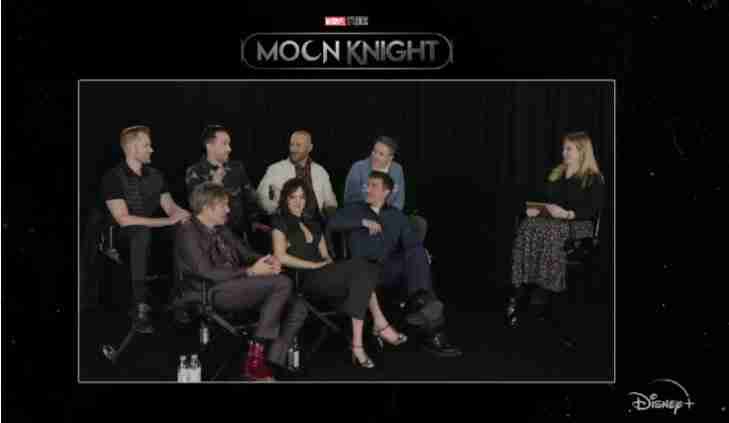 Disney Plus Moon Knight dropped its first few episodes on the streaming service today, March 30th. Starring Oscar Isaac, who plays dual roles in the series, and based on the popular comic book character, this new series is something fresh and new coming out of Marvel Sudios. Last week, I attended the press junket for the new Marvel show, and one big topic discussed was the making of the costume. Check out all the details revealed about the Disney Plus‘ Moon Knight costume and more behind-the-scenes information learned at the junket.

Many fans have been curious about Disney Plus’ Moon Knight costume, considering the character has two very iconic looks in the comic books. These include the Moon Knight costume and the Mr. Knight suit, a totally different look altogether. When coming up with the looks of each, Executive Producer Grant Curtis stated it was really about picking the best idea that would win. Oscar Isaac goes on to say, “It was an investigation and a collaboration.”I think that was what was so exciting.” He goes on to say that there was a moment when Marc was Mr. Knight and Steven was Moon Knight. However, the more they talked about it, the more it totally switched. 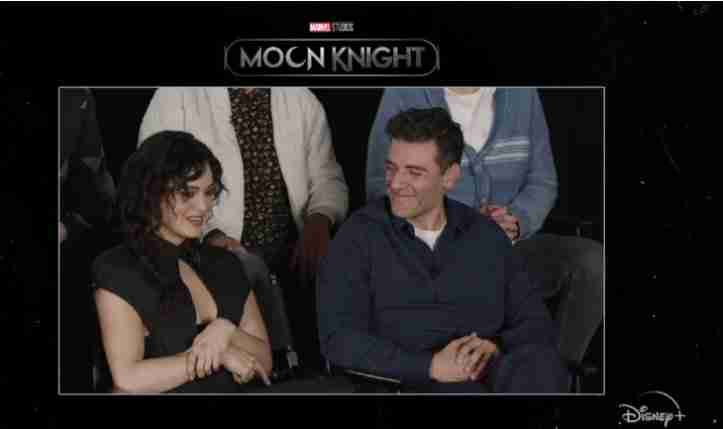 Eventually, they settled on each look, and Isaac was particularly pleased. He boasted, “Meghan, our costume designer, she did such an astounding job taking it from a concept to something that I could wear, and move in, and fight in. The craftsmanship was just astonishing.“

When the Moon Knight suit was first revealed, fans gushed over the beauty of the costumes, but also how different the look was from what they imagined. Director Mohamed Diab praises the collaboration of the team that executed the design, “You always think, why work with one mind when you can work with 50, you know? And it really showed in that suit. Everyone loves how different from all the other Marvel shows. It’s beautiful.” This collaboration even extended beyond the costume department, and when Oscar Isaac joined the show, he even had a few opinions on it, which the team took into consideration.

The series follows Steven Grant, a mild-mannered gift-shop employee, who becomes plagued with blackouts and memories of another life. Steven discovers he has dissociative identity disorder and shares a body with mercenary Marc Spector. As Steven/Marc’s enemies converge upon them, they must navigate their complex identities while thrust into a deadly mystery among the powerful gods of Egypt. 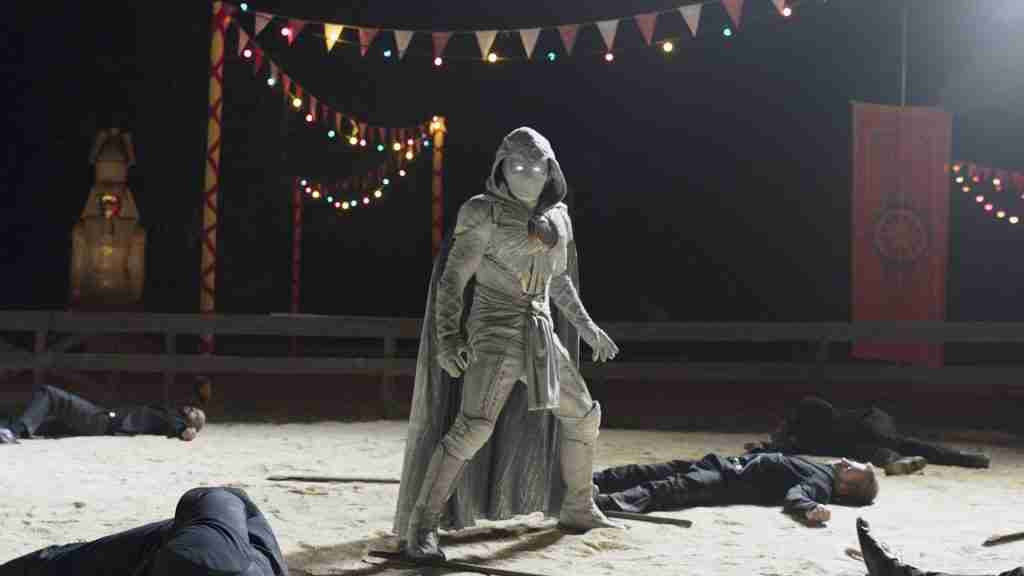 By the way, I’m excited to be one of Google’s paid early testers for their Thank with Google pilot program! Thank with Google is an experimental feature that allows you to purchase a virtual sticker and directly show your appreciation for content on this website!

There are a variety of stickers to select from, and every time you send a paid sticker you can add a personal message to me! The virtual stickers translate into direct revenue that supports the work of this website.

You can find the Thank with Google feature in multiple places on my site, including in the sidebar and as a button at the top and bottom of this and all blog posts. If you try it out, let me know what you think! Thanks as always for your support.