Windfall on Netflix is both disturbing and humorous at times, and it is well worth watching thanks to a clever script and a talented cast. Check out the details in my parents guide movie review. 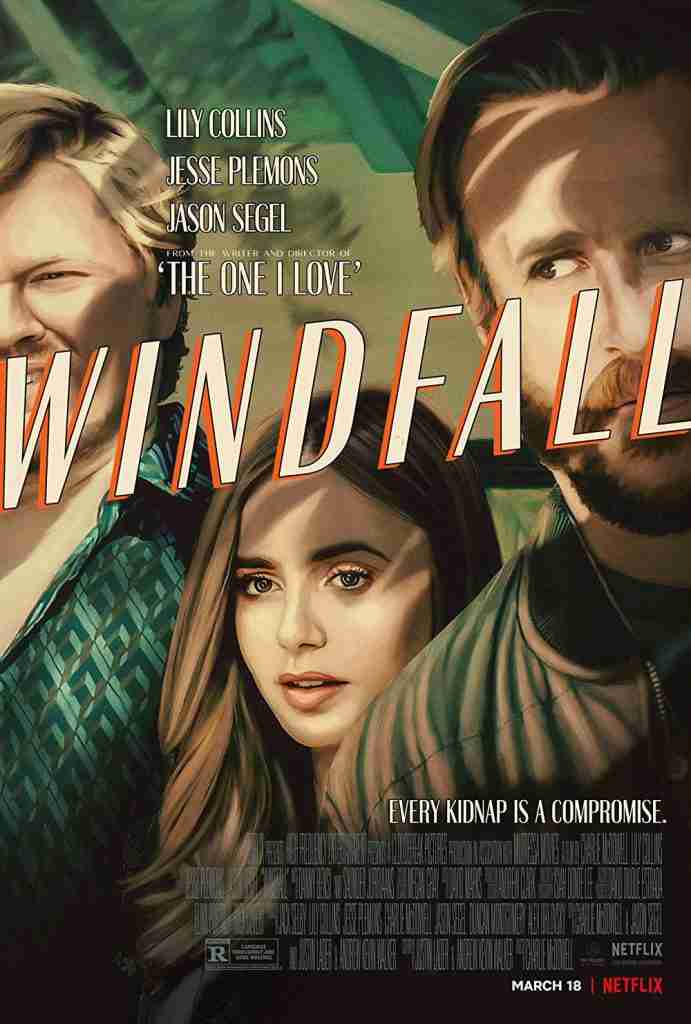 Netflix’s Windfall comes to the streaming service today, March 18th. The film is written and directed by Charlie McDowell and has a very 1950’s Alfred Hitchcock feel, with a limited cast including Jesse Plemons, Lily Collins, and Jason Segel. This suspenseful, psychological thriller contains extremely clever writing and delivers twists and turns that will have viewers’ jaws hitting the floor. Check out all the details in my parents guide movie review.

A man breaks into a tech billionaire’s empty vacation home, but things go sideways when the arrogant mogul and his wife arrive for a last-minute getaway. 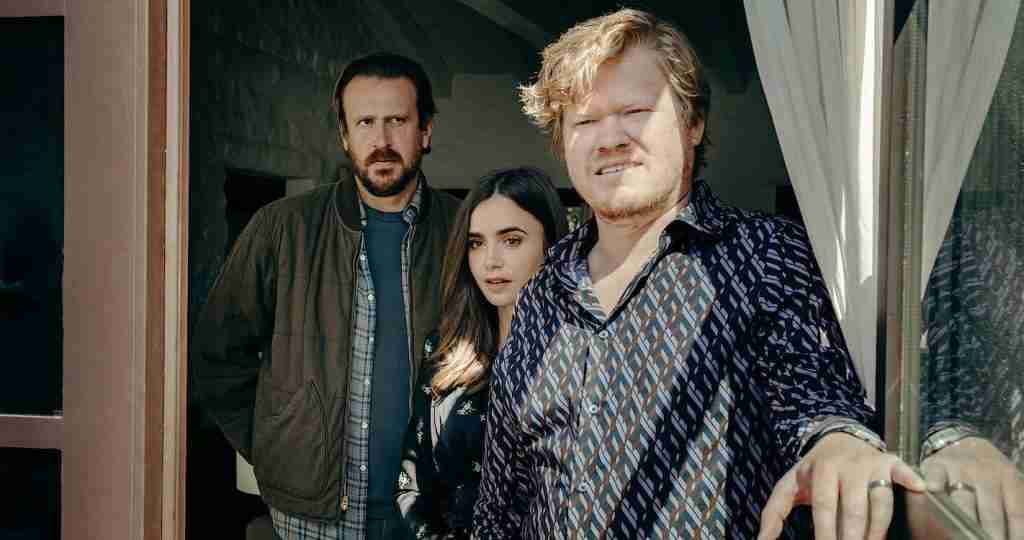 Let’s take a look at what parents need to know before letting their kids watch Netflix’s Windfall.

Mature Content: Other than the strong language, the violent content in the film is the other biggest concern for parents. The film revolves around the kidnapping of a couple, held at gunpoint. Some of the most disturbing scenes in the film include dead bodies being shown. A character runs through a glass door and a pertruding piece of glass stabs the character in the neck, resulting in a very disturbing death. There is also a scene that shows a character beating another in the head with a statue until they die, and another character being shot dead with a gun. Alcohol is also consumed in the film.

Netflix’s Windfall succeeds due to a clever script, fantastic directing, and a stellar cast. This isn’t the first time director Charlie McDowell has teamed up with Jason Segel, having collaborated on Segel’s AMC series “Dispatches from Elsewhere” and some short films, and the duo have proved once again that teamwork makes the dream work. The duo’s partnership has proven to be a great fit, and in the case of Segel, has broadened his acting range. In Windfall, Segel definitely makes a lasting impression as he channels his rage against the elite and battles the inner sadness and sense of defeat he feels throughout. Viewers are never quite sure of his intentions or motivations, yet, in a strange way, they will root for him as he represents the everyday working man whose fate was determined by a self-righteous, pompous billionaire.

Jesse Plemons and Lily Collins play an affluent married couple in Windfall, and while their names are never given, Plemons’s character is the CEO of multiple companies, and Collins plays his wife, who uses her time and expertise to conduct charity work. The dynamic between the two is strained and tense, which works perfectly in the film. Plemons is exceptionally over-the-top in his arrogant and self-important manner. He is the character viewers will love to hate, and most will get the sense that he actually prefers being hated by those around him, even by his wife. While audiences will detest Plemons in the film, they will pity Collins, as it is apparent that she has chosen a path that may bring her riches but lacks any sort of happiness. While Collins does a solid job onscreen, she falls into the background in scenes shared with the two dominating performances of Plemons and Segel.

Netflix’s Windfall isn’t a comedy, but it definitely has some dark humor, which is appreciated considering gender and class issues become intense at times. It is definitely a character study, set in one location, with primarily just the leads on screen for most of the film’s 90 minutes. While these sorts of movies can tend to bore viewers due to this, Windfall keeps it moving with well-timed comedic and suspense-filled moments. There are some questions that are raised, particularly by Plemons’s character as he flips and flops his stance on the situation, which creates an uneven feeling about his character, although that may have been purposeful in his interpretation. Overall, it was a brisk and thoroughly enjoyable watch that also left me more respectful of the cast’s abilities. 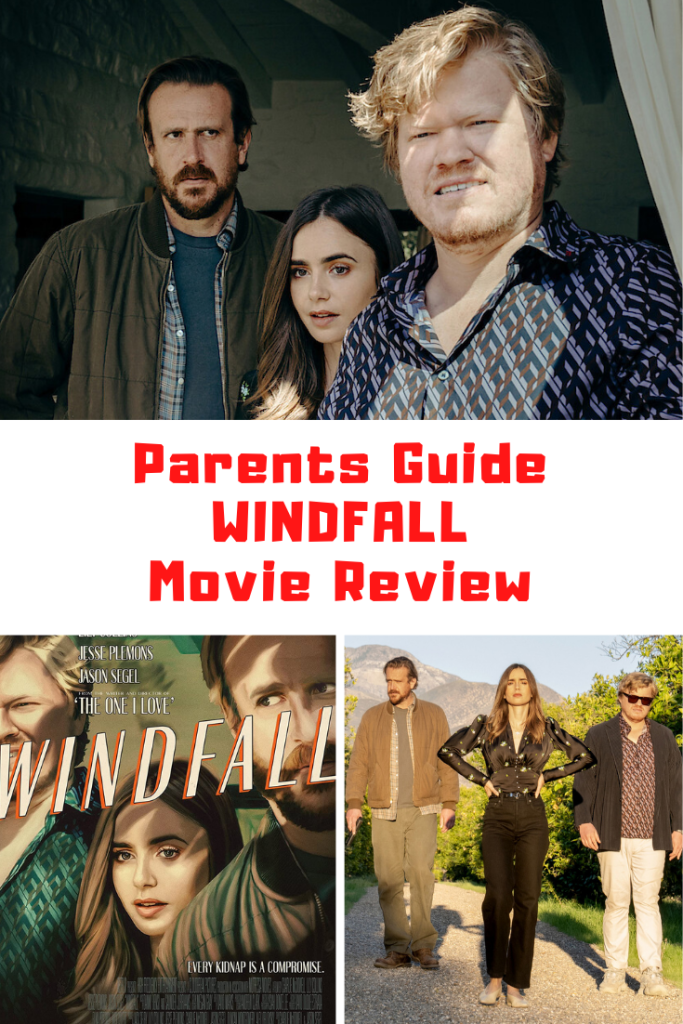