With its toe-tapping score and silly antics, The Bad Guys is sure to entertain the entire family. Check out the details in my parents guide movie review. 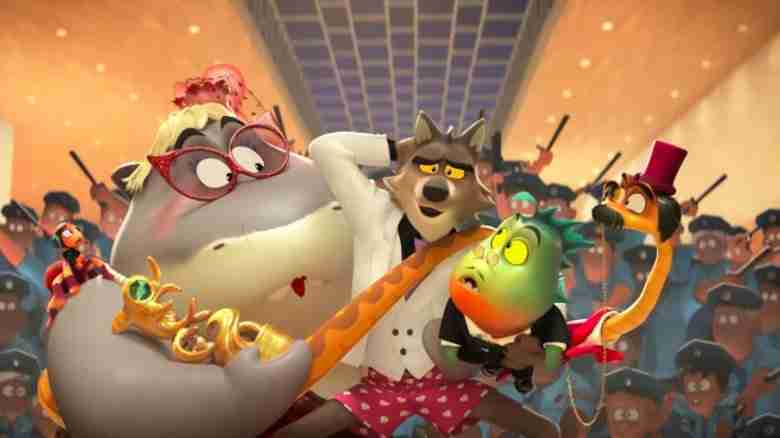 Dreamworks’ The Bad Guys comes to theaters across the nation this Friday, April 22nd. The film is based on the popular Aaron Blabey book series of the same name and includes a star-studded cast, including Awkwafina, Marc Maron, and Sam Rockwell. Directed by Pierre Perifel, who has worked on films such as Kung Fu Panda and Rise of the Guardians, this animated feature is sure to delight. Check out the details in my parents guide movie review.

Under the tutelage of their mentor Professor Marmalade (Richard Ayoade, Paddington 2), an arrogant (but adorable!) guinea pig, The Bad Guys set out to fool the world that they’ve been transformed. Along the way, though, Mr. Wolf begins to suspect that doing good for real may give him what he’s always secretly longed for: acceptance. So when a new villain threatens the city, can Mr. Wolf persuade the rest of the gang to become … The Good Guys? 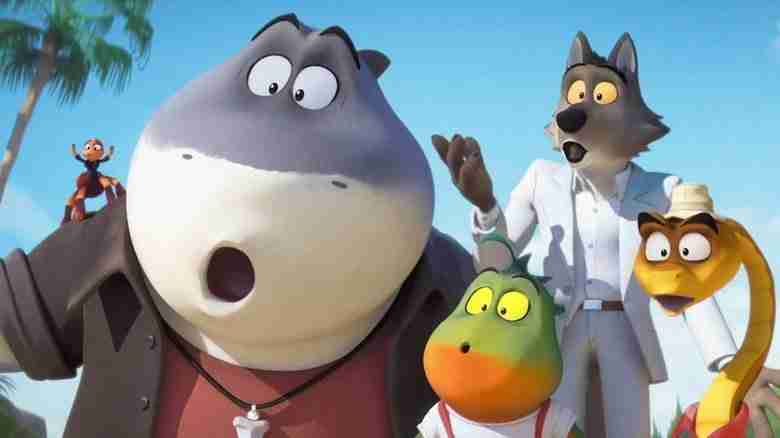 Let’s take a look at what parents need to know before letting their kids watch The Bad Guys.

Language: The Bad Guys contains mild language. The harshest words viewers will come across are: weirdo, heck, and butt rock.

Mature Content: The film revolves around “bad guys” who are thieves, so viewers will see characters steal, plot thievery, and more. There are sequences where characters are put into dangerous situations and a villain tries to control others. There are also many fart jokes included.

The Bad Guys brings back an animation style that has seen much success recently, with films like The Mitchells vs. The Machines and Spider-Man: Into The Spider-verse. Director Pierre Perifel began his career at DreamWorks Animation doing character animation for the 2D short film, Secrets of the Furious Five, and eventually transferred to bigger films like Monsters vs. Aliens and Shrek Forever After. His experience in 2D animation definitely shines through in this film, as it mixes elements of both 2D and 3D animation, giving characters more cartoonish expressions and vibrant colors that pop onscreen. This switch, as of late, transitioning animation from a more realistic look to a more cartoonish look, is quite appropriate for a younger audience and aids in the overall fun of the film.

The Bad Guys plot may remind some of Looney Tunes meets Ocean’s 11, and while the film revolves around a heist and “bad guys” pulling off robberies, parents need not worry. If your children have enjoyed movies like Despicable Me, then this current film will not be a problem, as it is along the same lines. Filmmakers do a fantastic job of pointing out many lessons for kids along the way and highlighting the consequences of choosing “bad” over “good.”

The Bad Guys cast ensemble is a treat, packed with the star-studded cast including Awkwafina, Sam Rockwell, Marc Maron, Craig Robinson, Alex Borstein, and Zazie Beetz. They all do a fantastic job of bringing their characters to life and giving them their own distinct personalities. Maron’s cynical and snarky Mr. Snake, along with Rockwell’s slick and cunning wolf, make for a fun watch as the duo interacts onscreen. Awkwafina has that voice, which is instantly recognizable and brings all the pizazz to her character, Ms. Tarantula. The entire cast seemed to have a blast playing their parts, and it showed.

The jokes in The Bad Guys will win over the younger crowd while also giving the adults a chuckle. The jokes aren’t forced down the viewers’ throats either, and who doesn’t love a good fart joke? A gassy Piranha, voiced by Anthony Ramos (In the Heights), will be a running joke throughout the film and aid in some of the movie’s funniest moments. The sweet moments and important messages will be appreciated by parents, as the film spreads the long-standing message of not judging a book by its cover. There is nothing to write home about with this movie, and it could have easily been direct to streaming, but it works for trying to get the family back into theaters. Its one-hour and forty-minute runtime is just about as long as you’d want a movie like this to be as well, as it will hold the kids’ interest until the credits roll. 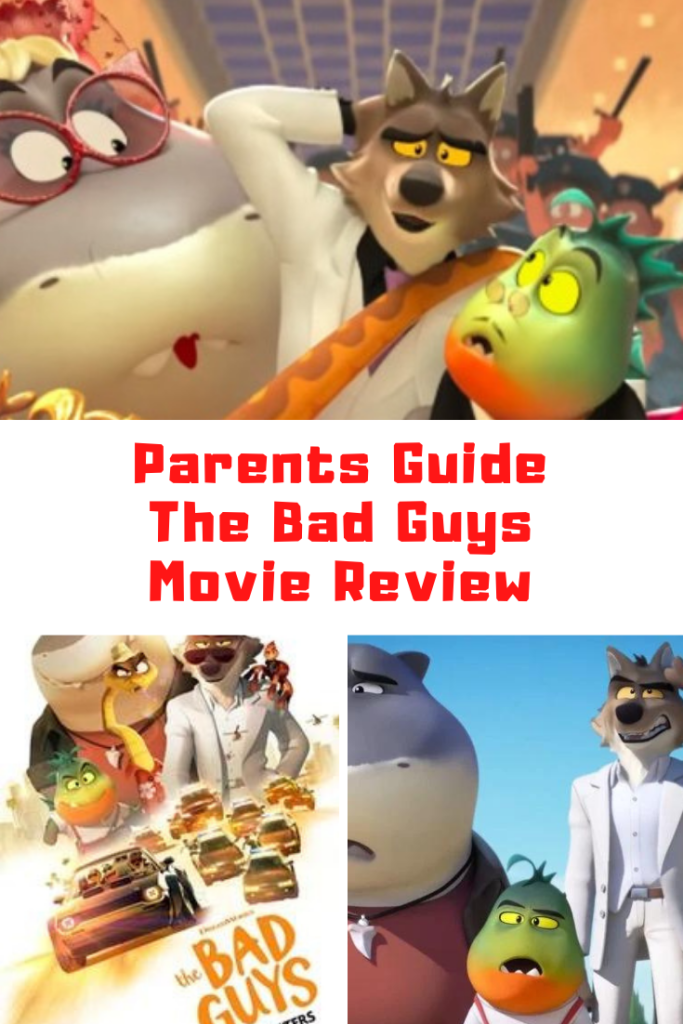