The Unbearable Weight Of Massive Talent is a love letter to Nicolas Cage’s career, but the real love match is between him and Pedro Pascal. Check out the details in my parents guide movie review.

The Unbearable Weight of Massive Talent drops into theaters this Friday, April 22nd. The film stars Nicolas Cage, who plays himself, and while films like this can be quite a risky venture, Cage is not your ordinary actor. With a career that has spanned decades, Cage has a plethora of classic hits and unforgettable characters on his resume. The film not only highlights the career of the actor, but also the legendary films that Cage has been a part of. Check out the details in my parents guide movie review.

Unfulfilled and facing financial ruin, actor Nick Cage accepts a $1 million offer to attend a wealthy fan’s birthday party. Things take a wildly unexpected turn when a CIA operative recruits Cage for an unusual mission. Taking on the role of a lifetime, he soon finds himself channeling his most iconic and beloved characters to save himself and his loved ones. 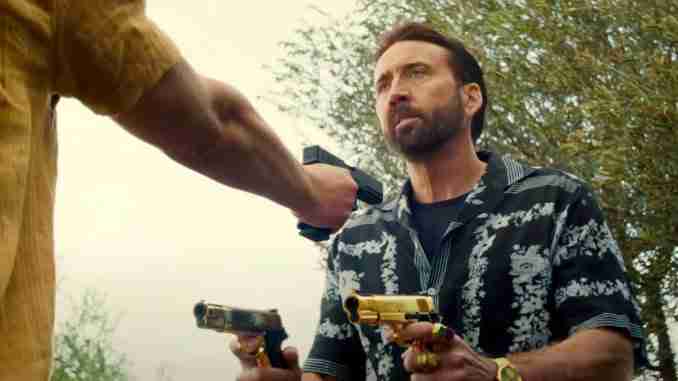 Let’s take a look at what parents need to know before letting their kids watch The Unbearable Weight Of Massive Talent.

Mature Content: The film includes many adult themes, such as kidnappings, shootings, guns, stabbings, dead bodies, and even a scene that shows a character being run over by a car. Characters are also shown consuming alcohol, getting drunk, and using drugs (LSD).

The Unbearable Weight of Massive Talent is not only a love letter to the film’s star, Nicolas Cage, but also a celebration of the films in which Cage has appeared. Writers Tom Gormican and Kevin Etten, who have previously worked together on the series Ghosted, showcase their knowledge of Nick Cage films throughout the movie, but especially in the opening sequences, which feel a bit over-the-top and campy. However, the plot quickly falls off the “gimmicky cliff” as the film proceeds into a deeper plot and introduces Pedro Pascal into the narrative.

Both Cage and Pascal have terrific chemistry together in The Unbearable Weight of Massive Talent, and a true bromance exudes from the screen. Pascal is given the opportunity to flex his comedic muscles in the film, and while the jokes do not always land, it is still a joy to watch the actor in such a fun and light-hearted role. Cage is a master at being the butt of a joke, and many of the laughs in the film lean more towards laughing at Cage than with him. He takes it in stride, as a true professional does. This is only a testament to Cage’s character, having the ability to laugh at himself and his humbleness. It is this light tone that is crucial to making this film a success. Much like Jean Claude Van Damme has done in JCVD, few actors could pull off playing themselves or a reasonable facsimile of themselves and make it work. Cage does this effortlessly and with aplomb.

The Unbearable Weight of Massive Talent isn’t afraid to make fun of itself, and this is the driving force of the film. It knows it is silly, almost cringey at times, and it uses it to entertain viewers. The film isn’t groundbreaking, and it’s unlikely to win any awards, but it’s entertaining to watch nonetheless. Nicolas Cage has such a huge fan base for someone with, at times, questionable acting talent thanks to scores of direct-to-video releases throughout his career, that he made the perfect choice to play himself as the butt of the joke and take it well on the chin in a movie such as this. Kudos to Mr. Cage and the writers, if for nothing else than the notion of making this film and pulling it off reasonably well. 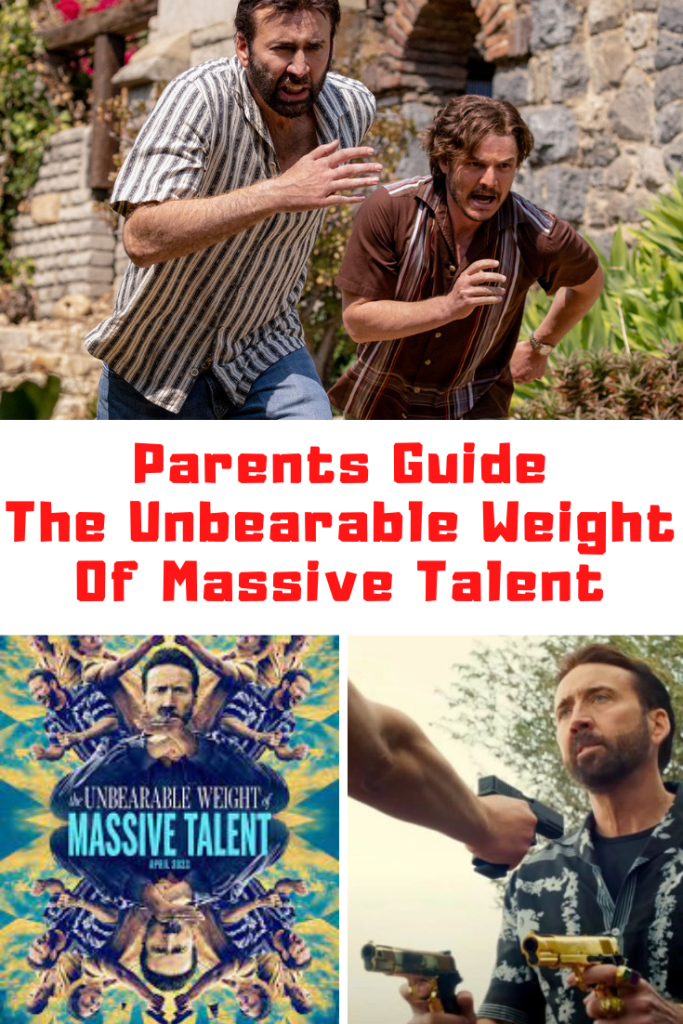