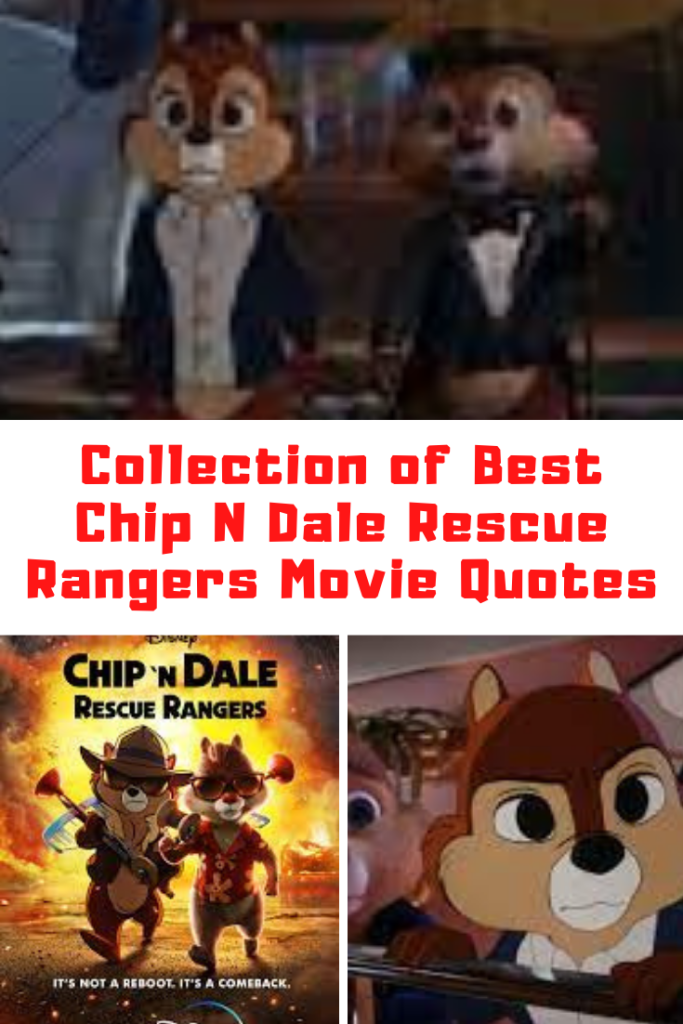 Disney+’s Chip ‘N Dale: Rescue Rangers drops on the streaming service today, May 20th. I will have a review of the movie coming soon, so make sure to stop back by to check it out. It will be linked down below. In the meantime, I wanted to share a list of some of the best quotes from the film. Check out these 45+ of the best and cutest Chip ‘N Dale: Rescue Rangers movie quotes.

The biggest risk is not taking any risk at all.

Chip was like the older brother I never had.

Everyone knows you are the favorite, and I’m just the guy that gets hit in the head with a pipe each week.

You can’t hurt my feelings if I’m in on the joke.

Don’t you think you’d get more fans to show up if Chip was here to do them with you?

If you’re prepared for the worst, the worst isn’t so bad.

A message on my land line. I don’t like that.

My love of cheese got the best of me.

If I can’t pay up, they’re gonna bootleg me.

Nobody’s talking about a Rescue Rangers reboot except him.

If you are low on cash or something, I can buy you a nice new sandwich.

Sometimes, when I’m low on cash, I sell my fur to that wig shop.

We just want to buy some stinky cheese. The stinkier, the better.

Chemistry like this just doesn’t happen; it has reboot written all over it.

Not fitting into the old costume like I used to. I need to get my steps.

Too much cheese, not enough bread.

This business can be so tough.

Don’t make it about you, I was traumatized.

The toons fought back. Paw Patrol attacked Dr. Zerington, and he will never have kids.

Do you have any original ideas or are you constantly recycling old scripts?

That accent actually got me fired from Law and Order.

You are the Rescue Rangers, and I’m a huge fanboy.

When it comes to rapping, there’s always a choice.

We were always better together.

You got a Snoopy ear.

It’s always for you to feed your selfish ego.

I was always more of an Alvin and the Chipmunks person.

Come on. Don’t be so fragile.

Dale forgets his own phone number, how’s he going to break a code?

I think, for the first time in my life, I am getting my priorities straight. Friends are more important than business.

You’re not alone; none of us are.

It’s true. You two really are the worst actors in Hollywood.

It’s stuck to my face like silly putty. Remember that stuff?

All these years I let you feel like you’re second banana cause I wanted to be first banana.

We never give up on friends.

I guess some things are worth rebooting.