Disney+’s Chip ‘N Dale: Rescue Rangers is a fun and reboot-worthy film that will make fans happy. Check out the details in my parents guide movie review.

Disney+’s Chip ‘N Dale: Rescue Rangers drops on the streaming service today, May 20th. The film brings back the classic characters from the popular 1980’s/90‘s animated series, Rescue Rangers, and stars John Mulaney and Andy Samberg, who voice the chipmunks. It’s fun, entertaining and will definitely make the fans of the franchise happy. Check out the details in my parents guide movie review.

Thirty years after their popular television show ended, chipmunks Chip and Dale live very different lives. When a cast member from the original series mysteriously disappears, the pair must reunite to save their friend.

Let’s take a look at what parents need to know before letting their kids watch Chip ‘N Dale: Rescue Rangers.

Language: Chip ‘N Dale: Rescue Rangers contains some language that parents should be made aware of. Lookout words include: dumb, fart, crud, dang it, stupid, hell, and butthead.

Chip ‘N Dale: Rescue Rangers is a smart, funny, and insanely entertaining reboot of the classic animated series that is not afraid to poke fun at itself and films of its kind. Hollywood has seemed to make it a trend as of late to bring back classic animated series that have long been obsolete and reboot them while drawing in the fans who love the nostalgia. While this trend is a toss-up in terms of the quality of the entertainment produced, Disney has seemed to hit the nail on the head with this Rescue Rangers comeback. Not only does Chip ‘N Dale: Rescue Rangers bring back the classic chipmunks from the series, but audiences will also be surprised by some popular character cameos such as Gadget, Zipper, Captain Putty, Monterey Jack, and more!

John Mulaney and Andy Samberg voice lead characters Chip and Dale in Chip ‘N Dale: Rescue Rangers. The duo have great chemistry together and comedic timing that instills plenty of laughs that really bring the animated chipmunks to life. While both actors don’t speak in the high-pitched voices many fans will come to expect, the new versions of the Rescue Rangers are totally believable and welcomed. The rest of the cast does a phenomenal job voicing their characters, particularly Seth Rogen, whose character Bob, a Viking dwarf, has some of the best moments in the film.

Chip ‘N Dale: Rescue Rangers has a wide array of animation techniques to represent the era and style of animation from when the characters were broadcast. The different styles of animation are really showcased well, as each character is shown side by side with their counterparts, and the styles easily stand out. It is not often that this is done, blending 2-D and 3-D animation styles. It reminded me of The Amazing World of Gumball, and for a feature film, it really helps set it apart from the pack. Although many of today’s youth might be unfamiliar with these characters, many of their parents will be delighted to pass along the love from their younger days and enjoy this movie right along with them. 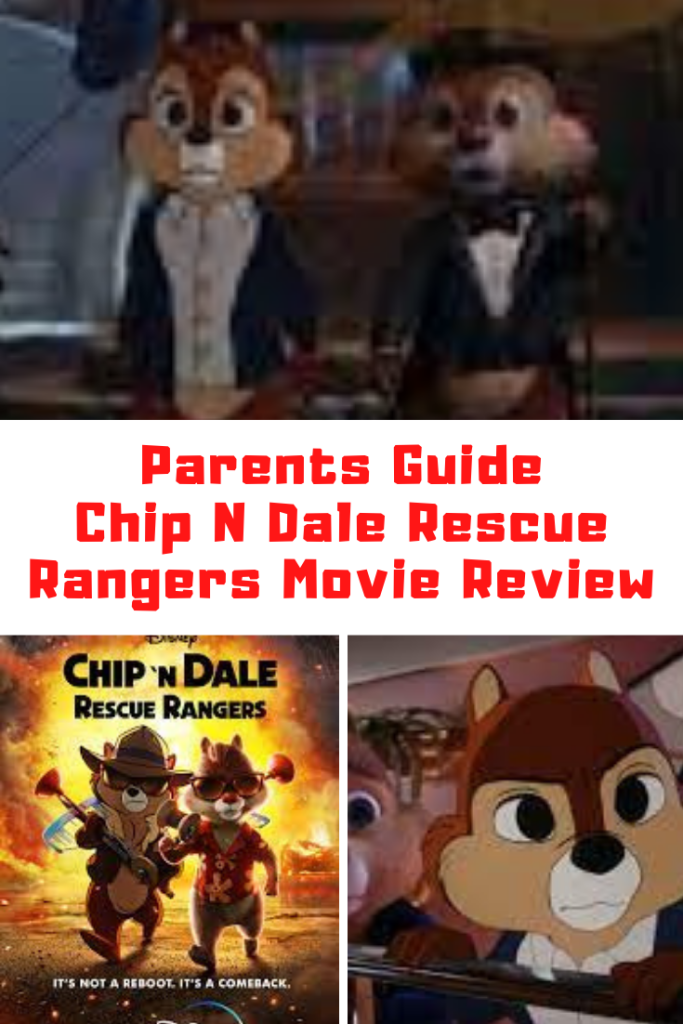