Disney+ Ms Marvel is a fun, charming, and playful addition to the Marvel Cinematic Universe. Check out the details in my parents guide review. 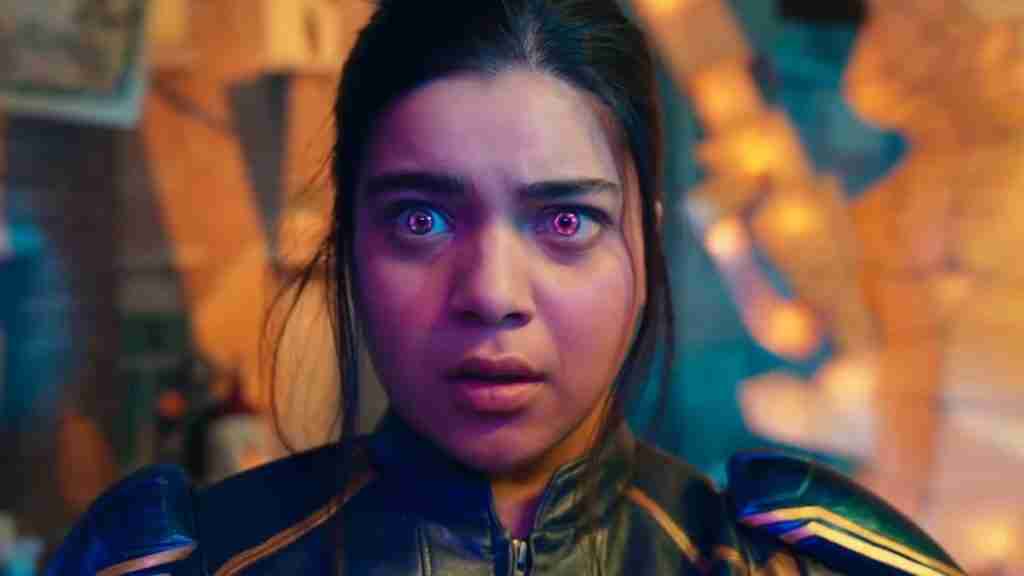 Disney+ Ms Marvel is dropping its first episodes on the streaming service this Wednesday, June 8th. The series stars Iman Vellani as Kamala Khan, AKA Ms Marvel, the first South Asian super hero to hit the MCU. Ms Marvel brings something new to the Marvel Cinematic Universe and includes the most diverse cast yet! With stars like Fawad Khan, Aramis Knight, and Matt Lintz, this fun new series is sure to be a hit with young Marvel fans and adults alike. Check out the details in my parents guide review.

A great student, an avid gamer and a voracious fan-fiction scribe, she has a special affinity for superheroes, particularly Captain Marvel. But Kamala struggles to fit in at home and at school—that is, until she gets super powers like the heroes she’s always looked up to. Life is easier with super powers, right? 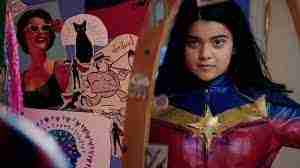 Let’s take a look at what parents need to know before letting their kids watch Disney+ Ms Marvel.

Language: Ms Marvel contains mild language, with a few words that parents need to be made aware of. Lookout words include: d*mn, suck, and stupid.

Mature Content: The series contains some mature tones, such as defiant teenagers that sneak out of the house and attend parties without their parents’ permission. There are also discussions in the series that surround doing drugs and drinking alcohol.

**This review was given after the writer screened the first two episodes of the series.

Disney+ Ms. Marvel is a sassy, fun, and extremely charming new series to hit the streaming service and is the newest addition to the Marvel Cinematic Universe. Kamala Khan, AKA Ms. Marvel, is the first onscreen Marvel South Asian super hero and one of the most diverse casts to date. For viewers who have been waiting for the day to see themselves reflected on television, this “brown” skinned hero will be a welcome representation of those South Asian origins, as the series not only contains the character that they can see themselves in but also the culture, religion, customs, entertainment, and even food. As someone who has followed the Bollywood world for years now, it is exciting to see this under-represented entertainment world and its people finally make their mark in the MCU. There is even a moment in season 2 where Kamala Khan name-drops the King of Bollywood, Shah Rukh Khan!

Newcomer Iman Vellani does a stellar job playing Ms. Marvel, Kamala Khan, and one would think she has been in the role for years. She gives the character a sense of playfulness and naivity while also being a strong female character that girls can look up to. While this reviewer has only screened the first two episodes of the series so far, the series starts to lead toward a love triangle that could manifest in interesting ways. And though such a young character really doesn’t need a “love interest” as of yet, the series stays true to those sorts of puppy crush teenage years and deciphers those butterflies compared to lasting friendships that could possibly turn into a more meaningful relationship.

Disney+ Ms. Marvel feels like a super hero take on The Mitchells vs The Machines. While the series is live-action and not animated, it keeps the “young vibe” of the series by adding in narration by the main character and cartoonish pop-ups that accompany scenes. The story-telling is delivered in the “diary-like” tone of a teenage girl. Many series in recent years have done various iterations of this sort of thing to great effect, and the youth of today really eat it up. This is surely aimed squarely at that audience, but there is plenty for Marvel fans of all ages to enjoy as well. 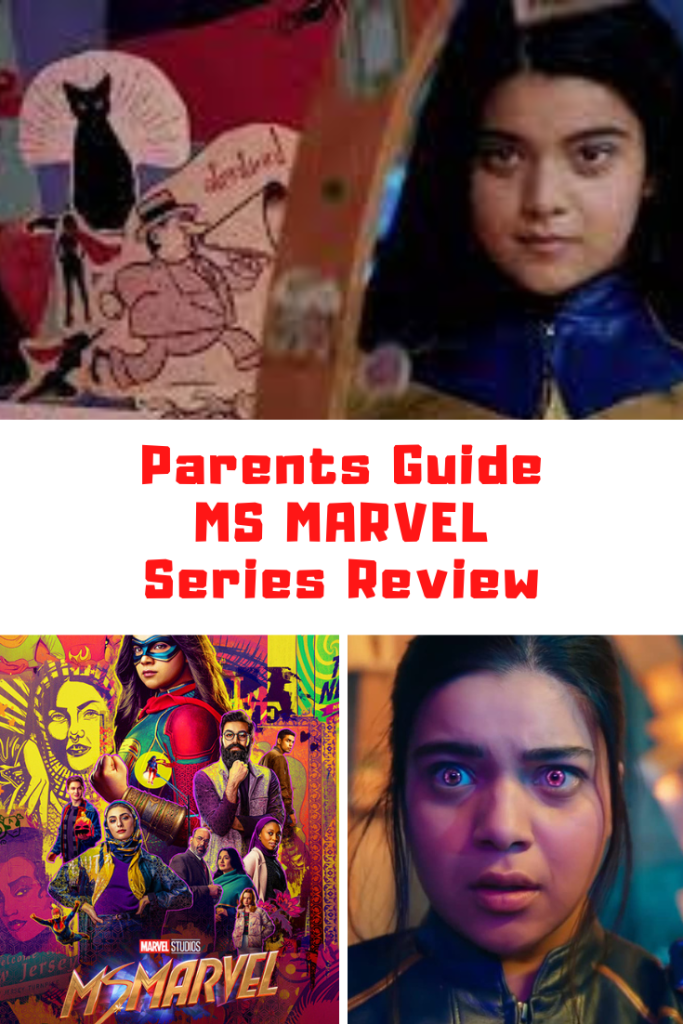