Netflix’s The Sea Beast has spectacular animation with epic story telling that all ages will enjoy. Check out the details in my parents guide movie review. 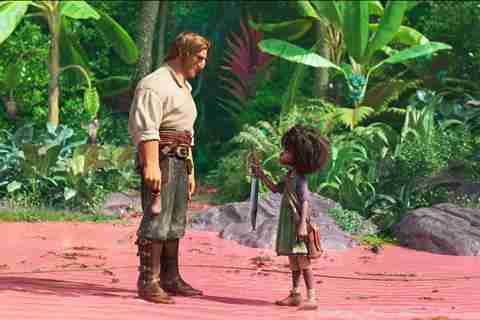 Netflix’s The Sea Beast drops on the streaming service this Friday, July 8th. The film is directed by Chris Williams, who is best known for co-directing Moana, and who is a master in the field of detailed computer animation and has possibly produced some of its best work yet. The movie stars Karl Urban (The Boys) and Jared Harris (Chernobyl). The movie is filled with epic adventures that all will love. Check out the details in my parents guide movie review. 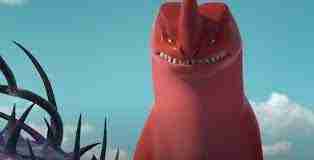 Let’s take a look at what parents need to know before letting their kids watch Netflix’s The Sea Beast.

Language: The Sea Beast has mild language, but there are a couple of words used that parents should be aware of. Lookout words include: one use of the word a**, hell, and mild words like dumb and stupid.

Mature Content: The film is based on monster hunters, so the characters are shown fighting with swords, arrows, knives, and even guns pointed at each other. Monsters are hunted and creatires are killed. Monsters attack the humans, and there are some close calls as far as characters drowning. Characters are shown consuming alcohol. Some of the creatures may be a bit scary and too frightening for a younger audience.

The Sea Beast is an epic adventure full of monsters, swashbuckling, and heart. The film was written by Neil Benjamin and Chris Williams, who also directed it. Williams is a master in his field and is best known for his work on Disney flicks such as Moana. It’s no surprise that the visuals and animation are cutting-edge and lavish with Williams at the helm (helm. get it?). At times, the characters almost seem too real to be animated, yet once the sea creatures take the stage, their simplistic design is a perfect move, having the audience focus more on their actions and motives than on their looks.

The Sea Beast includes a stellar cast that brings the characters to life in a spectacular way. Zaris-Angel Hator, who is best known for her live-action role as Anna in Morbius, is a newcomer to voicing animated characters but excels at voicing Masie, nailing the array of emotions of her character and eliciting the exact emotional responses when needed. Along with her co-star Karl Urban, best known as Butcher in The Boys, the two play off each other well, and their dialogue seems natural and genuine, making the story flow well.

Perhaps the best part about The Sea Beast is the message it delivers to viewers, both young and old. Younger audiences will take away the age-old message of not judging a book by its cover and a deeper takeaway surrounding the complexities of the nature of beings surrounding war and peaceful times. Adults will see many similarities to heavier themes that can easily relate to our world today, such as the subjectivity of history and even the rewriting of history to fit into a prettier package of the way we view it, even if it isn’t true.

The biggest complaint this author has about The Sea Beast is its length. With a runtime of 1 hour and 55 minutes, it could easily lose the attention of kids, and even adults, at times. The first 30 minutes build the story, but it tends to drag and makes it difficult to get into the story. However, once audiences get over the hump, it’s all worth it because this fun and epic adventure will transport them to a glorious world where they can get lost. This feature was produced in-house at Netflix, and although not quite on par with DreamWorks or Pixar, it can definitely hold its own among the upper echelon of animation studios and is making a statement. I can see many more quality flicks being produced that will only get better with time. It’s good to have another animation studio of such high quality in the mix. 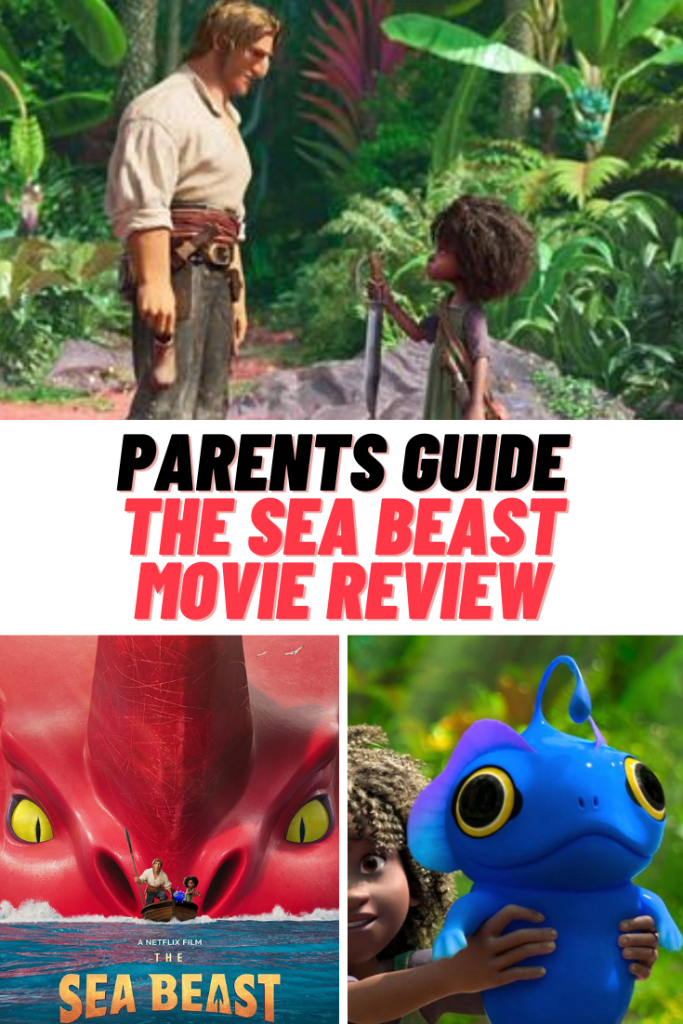