Netflix’s Uncoupled is a light and breezy comedy that will remind viewers of Sex in the City, but gayer. Check out the details in my parents guide review. 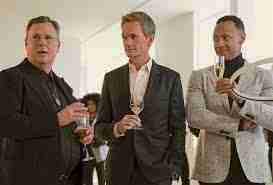 Netflix’s Uncoupled drops on the streaming service tomorrow, July 29th. The show was created by Darren Star, who also created the shows Emily in Paris and Sex in the City, both of which have the same tone and comedy as this one.Neil Patrick Harris and Trisha Campbell (Martin) star in this breezy comedy that centers on the LGBTQ+ community and the relationships around them. Check out the details in my parents guide review.

In Uncoupled: Michael Lawson (Neil Patrick Harris) seems to have it all figured out. He’s a successful New York City real estate agent with a great career, a supportive family, close friends, and a loving relationship with his partner of 17 years, Colin (Tuc Watkins). But when Colin unexpectedly moves out on the eve of his 50th birthday, Michael is completely blindsided. Overnight, he has to confront two nightmares: losing the man he thought was his soulmate, and suddenly finding himself a single gay man in his mid-forties in New York City.

Let’s take a look at what parents need to know before letting their kids watch Netflix’s Uncoupled.

Language: Uncoupled contains very strong language, with profanity used throughout. Lookout words include: f*ck, sh*t, d*mn, and phrases such as “suck a d*ck.”

Mature Content: Other than the language, the other big concern for parents in this series is the sexual content and nudity. Characters are shown performing sexual acts, taking part in sexual intercourse, and having many discussions surrounding sexual content. There is nudity, and even a scene in which a character is shown taking a “dick pic.” Characters are shown consuming alcohol and using drugs.

Uncoupled is a new Netflix rom-com starring Neil Patrick Harris, Tisha Campbell, and Marcia Gay Harden. When his boyfriend of seventeen years up and leaves without an ounce of warning, Michael (Neil Patrick Harris) is stunned and in disbelief. He thought he had everything he had ever wanted, and suddenly that whole world dematerialized. Now in his forties, Michael must search for answers while navigating the modern dating scene. Even though he has plenty of opportunities as a real estate agent in the Big Apple, where and how could he even begin all over again? His work partner, Suzanne (Tisha Campbell), does her best to help him with the turmoil as best she can, but she has her own issues with dating to negotiate. She tries to keep him on track by focusing on work, as they attempt to get a rich woman named Claire’s (Marcia Gay Harden) apartment listing. This leads to some unconventional friendships and comic relief. Of course, Michael has other friends who try to offer wisdom on his situation, as well as sometimes bad advice, as we soon discover.

Uncoupled basically comes off as a gay version of Sex and the City for the modern age, which makes perfect sense since the writer/creator is none other than Darren Star, who also created Sex and the City, Beverly Hills 90210, Melrose Place, and more recently, Emily in Paris. With this pedigree, you know this show will not disappoint. It succeeds to great effect as the performances from all of the main actors are spot on and all of the relationships feel natural. There seems to be an equal balance of drama to comedy, and you don’t have to be gay to appreciate it. Anyone who has been in long-term relationships that ended and now has to re-enter the dating world understands Michael’s trauma. While it seems exciting to have new match possibilities for him, there are also so many things that remind him of his ex as well. And so the series runs up and down with that in practically every episode, with Michael feeling positive and trying to spin the situation for the better, and then ending up down in the dumps once again about his shattered dream.

Darren Star, of course, knows how to write these types of shows, and Uncoupled does not suffer under his pen. Even the lesser characters have been thought out and play nicely off the main cast with witty reparte. The eight half-hour episodes fly by, and you will want to binge them as soon as possible. I’m sure there will be another season soon, so why not jump on board early, as this is sure to be a hit with fans of his other series? 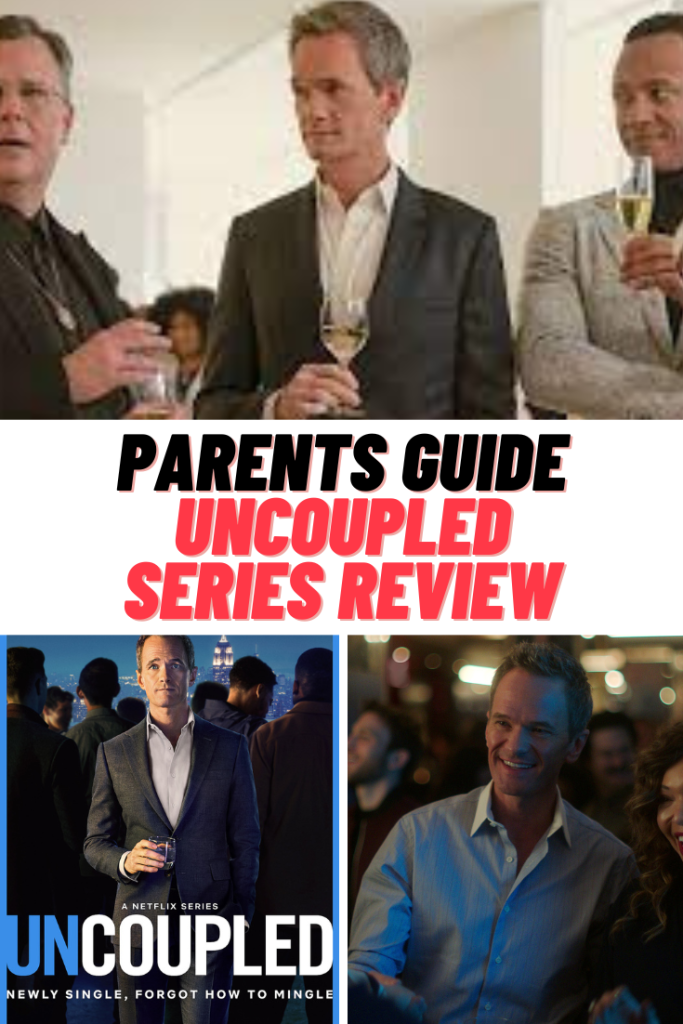