Thor Love and Thunder has Taika Waititi’s style all over it, with the perfect blend of humor and heart. Check out the details in my parents guide movie review.

Thor Love and Thunder is dropping in theaters across the nation this Friday, July 8th. The film stars Chris Hemsworth as our beloved super hero, Thor, and Natalie Portman, who returns to the franchise as Thor’s longtime love interest, Jane Foster. Directed by Taika Waititi, who directed Thor: Ragnarok and returns with his wacky style all over the film. Check out the details in my parents guide movie review.

In Thor Love and Thunder: Thor embarks on a journey unlike anything he’s ever faced — a quest for inner peace. However, his retirement gets interrupted by Gorr the God Butcher, a galactic killer who seeks the extinction of the gods.

Let’s take a look at what parents need to know before letting their kids watch Thor Love and Thunder.

Language: Thor Love and Thunder contains some strong language, with profanity being used sporatically throughout. Lookout words include: sh*t, d*mn, h*ll, and one use of the word a**h*le.

Mature Content: The film has normal hand-to-hand combat scenes, deaths of characters, sword fighting, fighting with a hammer, lightning rods, and more. Some of the creatures shown are very scary, and there are scenes showing kids being captured and locked in cages. As far as sex and nudity go, Thor’s naked butt is shown and there are some passionate kisses. There are also some sexual discussions and the consumption of alcohol. There are some scenes showing a character dying from cancer, which may be triggering for some viewers.

Thor: Love and Thunder was cowritten and directed by Taika Waititi, who also directed Thor: Ragnarok, and returns to the franchise to deliver yet another hilarious Marvel Cinematic Universe film with plenty of heart. Phase Four of the MCU has definitely started out interesting, with the most recent film, Doctor Strange and the Multiverse of Madness, being more of a horror film, and now we have a straight-up comedy with Thor Love and Thunder. As far as comedy goes, this film out-laughs Ragnarok and brings more of the wackiness from Taika. At times, it feels like a soap opera with the narrative story-telling and over-the-top silliness, an example being the screaming goats. However, not everything in the film is laughter and games. Waititi does a masterful job of incorporating the creepy villain and lots of emotional moments that are certain to tug at the heart strings.

Thor: Love and Thunder brings back Natalie Portman, who plays Thor’s longtime love interest, Jane Foster. Portman’s return may not be well received by all, as there has already been some chatter about her on social media, but her presence in the film is welcoming and her character is very different than anything we have seen before. The chemistry between Portman and Chris Hemsworth (Thor himself) is a bit off at times, but that seems to work well within the storyline. One nagging factor about Hemsworth’s Thor is how he has been perceived in the last few films, starting with Avengers: Endgame, where he is getting dumber and dumber. Sure, Thor is a bit clumsy and not always the brightest bulb in the bunch, but this seems to be so far off character as in the first Thor films.

The biggest standout in Thor: Love and Thunder is the performance by Christian Bale, who plays the perfectly pathetic and creepy villain, Gorr. Bale may just have delivered the best villain the MCU has seen yet, as he gives a rare mix of poignancy and evilness to his character that will send chills down the audience’s spine. Russell Crowe also joins the cast of seasoned actors, playing an extremely portly Zeus. It has not gone unnoticed that Crowe’s waistline has grown in the past decade, which isn’t mentioned for fat-shaming in the least. Yet, this author felt like the portrayal of Zeus went along the same lines as dummying down Thor; it just pokes fun at these gods, making them look more like halfwits than the powerful gods’ viewers expect.

For the most part, Thor: Love and Thunder is fun, light, and hilarious, but it blends in creepy moments and plenty of heart, which will have viewers on an emotional rollercoaster. Fans may be split after this sequel into lovers and haters of the film, which suggests a new meaning to the title. As viewers, we always wonder what the movie could have been if not to our liking, and some grow angry as they feel they know best how it should have been made. Certain gripes aside, this entry was fun and enjoyable, though it is understood why many may not approve of its silliness and would opt for something more hardcore. 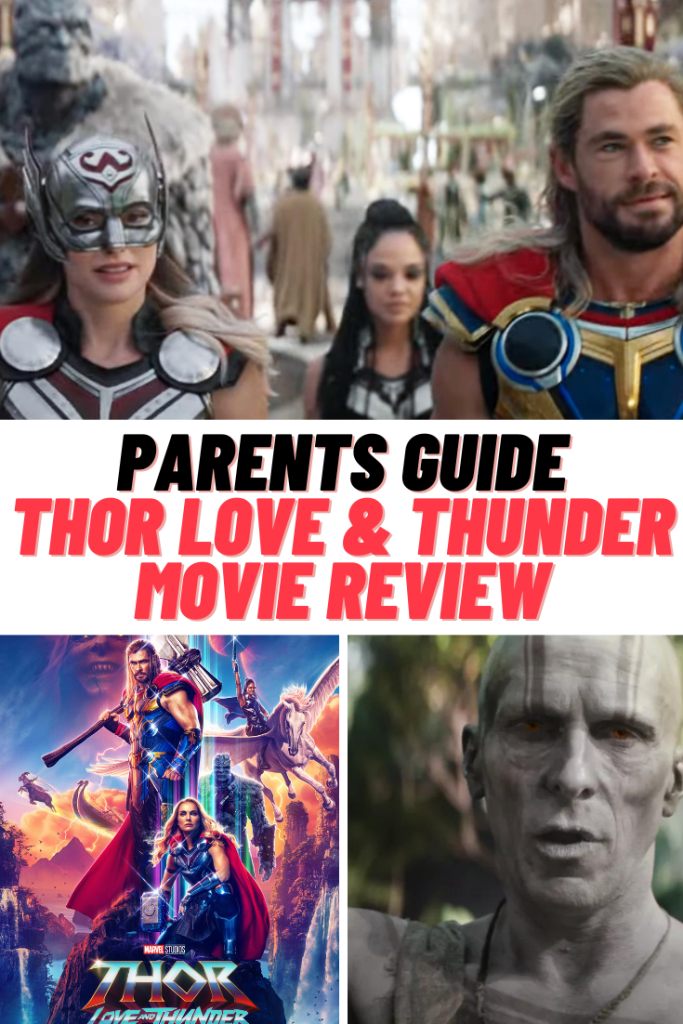