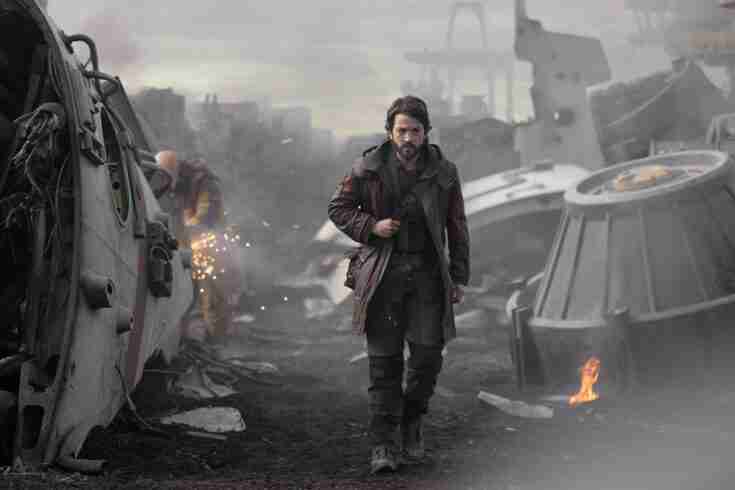 Disney+’s Andor is dropping its first episodes on the streaming service on Wednesday, September 21st. In honor of its upcoming release, I attended the virtual global press junket for the series, where the filmmakers and cast discussed their characters, the motivation for the show, and more. Check out all the details of Disney+’s Andor cast and character guide.

If you enjoyed this Disney+ Andor cast and characters guide, check out these other articles: Will Rosaline have a sequel press junket, She-Hulk: Attorney at Law breaking the fourth wall, Obi-Wan Kenobi press junket, Hollywood Stargirl press junket.

For many Star Wars fans, Rogue One is one of the best films of the current Disney era, outside of the franchise episodes. So, for many fans of the film, seeing the characters that appeared in it, such as Cassian Andor, was an unlikely possibility. Disney+ has given these characters and storylines a platform to tell their stories, and they have been a huge success and wonderful addition to the saga. Now we are getting a prequel to Rogue One called Andor, and it will bring back many characters fans love, as well as introduce some new faces to the franchise. Let’s take a look at the cast and characters of the new Andor series, and more of what was learned about each during the press junket for the show. 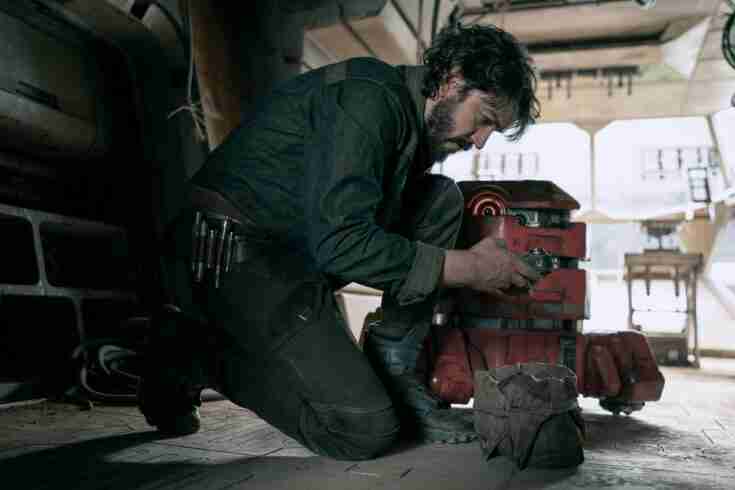 Diego is reprising his role as Cassian Andor in the new Disney+ Andor series, which will consist of twelve-episodes in the prequel show. With this being a prequel, showrunner Tony Gilroy shares his delight and why he signed on to the project, “the idea that we can do a story that takes him [Andor] literally from his childhood origins and walk him through a five-year history of an odyssey that takes him to that place, during a revolution, during a moment in history in a place where huge events are happening and real people are being crushed by it, the fact that we could follow somebody as an example of a revolution all the way through to the end, that was the walk-in for me.“

Diego adds how the story is relevant to today. He shares, “What gives meaning in the life of someone to be willing to sacrifice everything for a cause? That journey matters to me. And the character says stuff that haunts me in Rogue One. You know that he started to fight when he was six years old. What does that mean, exactly? You know, why a six-year-old would miss his childhood and start a fight?” Diego admits there were many questions from Rogue One that were unanswered, and this series gives him the opportunity to tell more of the story and answer those looming questions. 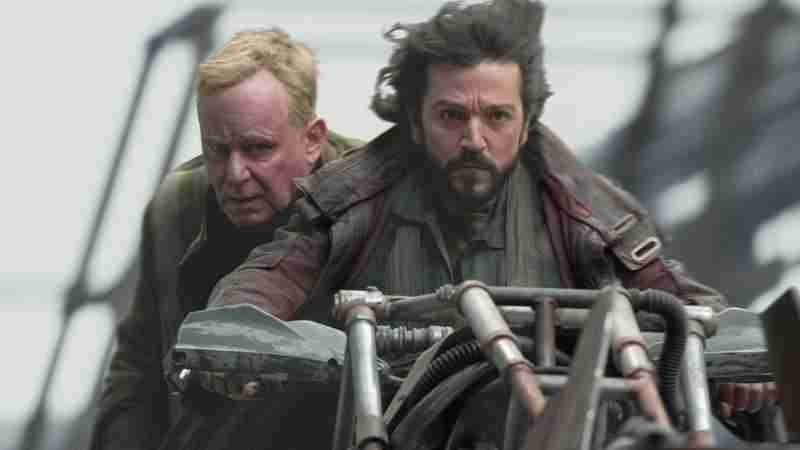 Mon Mothma, played by Genevieve O’Reilly, is a founding member of the Rebel Alliance and succeeded Palpatine as the Supreme Chancellor of the New Republic. O’Reilly is not new to the Star Wars franchise, having played Mothma in Revenge of the Sith. So, her character has been explored before, yet O’Reilly points out how extraordinary it is where her story begins in the series, “it is so very different to where we find Mon Mothma in Rogue One.” She goes on to share, “For the first time, we get to see the woman behind the role. We get to see a private face of Mon Mothma. We get to flesh out not just the senator, not just the would-be leader of a Rebel Alliance, but also the woman.” 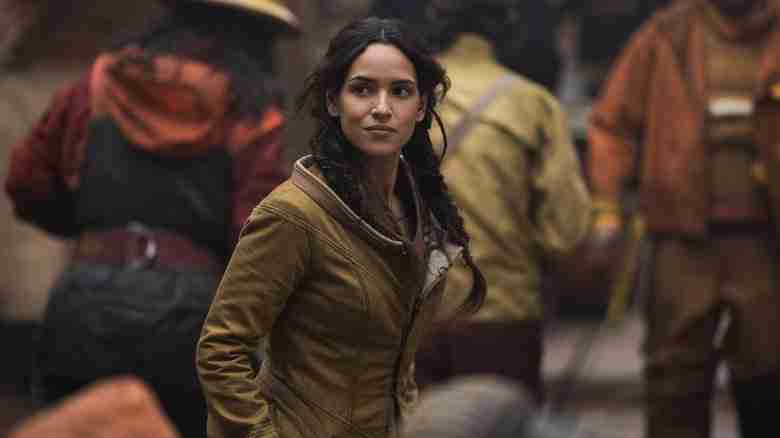 Adria Arjona plays Bix Caleen in the series, and there is much mystery surrounding her character thus far, only having a single scene in the trailer. Arjona shares a bit more about her Bix during the recent junket: “I think she’s fearless. She’s bold, yet really deep inside, she’s incredibly loyal and compassionate and cares a little too much for the people around her. I think that’s sometimes at her own detriment. I think this boldness and powerful thing is sort of like a facade that she puts on. She almost puts that as a show. But deep down, she cares deeply about the people around her and I think that’s the part that I love the most about Bix.” 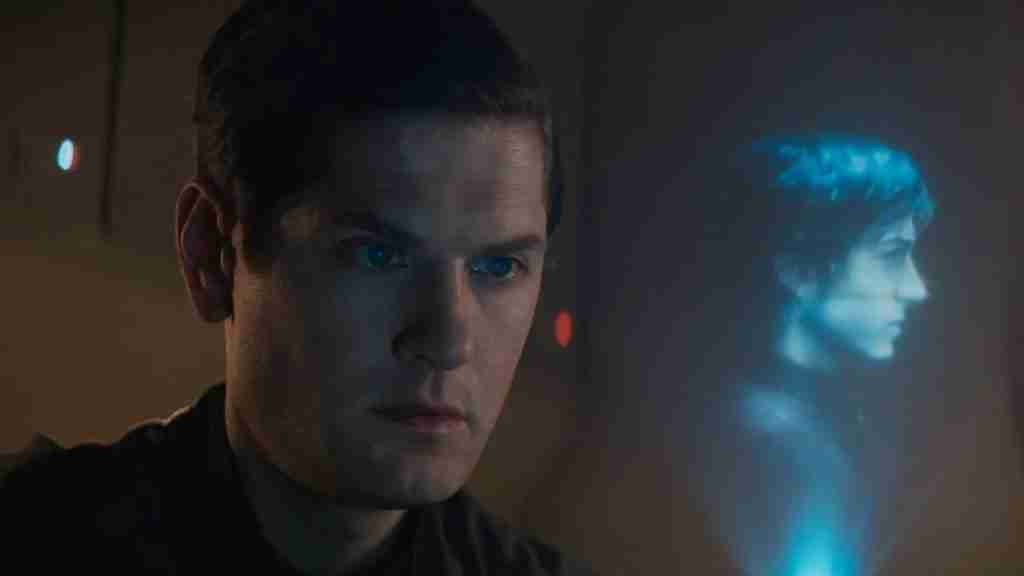 Kyle Soler plays villain Syril Karn in Disney+’s Andor series, or so it is assumed he is a villain, as the trailer depicts him as menacing and on the hunt. Although Soler keeps this little assumption up in the air, “[Syril] is a character that was really three-dimensional and had a big question mark over him as to, he could kind of go either way. He could go into the Empire. He could go into the Rebel Alliance. And he’s got a lot of gray area.” He goes on to share, “he came from a place of such lack and it’s such a pain in his home life, that he’s trying to fill this void within himself through the fascist, corporate, bureaucratic structure, where he finds order. And he finds a place to be seen if he can supersede his station and climb those ranks.”

Denise Gough plays an Imperial Officer called Supervisor Dedra Meero in Andor. The trailers reveal little about her role in the Imperial Regime, but Gough reveals a little about herself during the junket: “Dedra is an ISP officer. When we meet her, she’s at the kind of low end of the ladder. And she’s incredibly ambitious and meticulous. She’s in this very male-dominated world. And she’s seeing around her the way that people are missing what she can see is happening.” Gough goes on to explain Dedra’s desire to claw her way up the ladder and “the effect that power just has on a person, like the danger of that pursuit of power and control, regardless of gender.” She admits that because Dedra is so badass at times, she often had to remind herself she’s in a fascist organization, so while she loved playing her, she was also not someone to root for. Or is she?