HULU’s Prey (2022) dropped on the streaming service today, August 5th. The film is a prequel to the original film Predator, set three centuries before the Schwarzenegger film. During the press day for Prey, Director Dan Trachtenberg discussed his insistence on hiring a predominantly Native American cast, specifically the Comanche tribe. Trachenberg even declared they were “making history” as Hollywood’s first franchise film to star an entire Native American cast. Check out the details learned during the Prey 2022 press junket and about hiring the Native American cast for the Comanche tribe. 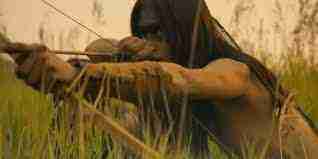 HULU’s Prey movie is not only ground-breaking because it includes an all-Native American cast, but having the Comanche language used in the film was also extremely important to the creators. Producer Jhane Myers even shared that when Amber Midthunder and Dakota Beavers did their first auditions, they had them audition in Comanche. Myers went on to share what speaking the language meant to her: “For me, being Native and being Comanche, an enrolled Comanche tribal member, that’s what’s really important. I’ve never seen a feature fully in my language. And one thing we do as native people when we watch films, we watch to see if they can just at least get one or two things right. This movie, just being a Predator film, it’s filled with authenticity.”

Dakota Beavers, who plays Taabe in Prey, reveals that when he received the script, it was entirely in Comanche. He was taken aback and “loved the crap out of it.” Beavers went on to share his desire to film the entire movie in the Native American language, but is extremely happy that it is dubbed in Comanche. “Just to have that for preservation of the language, so kids can go back and watch it in the future. It’ll be something fun that they can use to learn the language.”

Lead actress Amber Midthunder adds, “This is the first time upon release that a film will be released in a native language. Like other movies, Star Wars and Finding Nemo have gone back and they’ve dubbed it into Navajo. But this is the first time that on-release a film is being released in a native language, which is really cool. And obviously, it’s the native language to the people in the film.” She goes on to share, “And it’s also cool for visibility. I think something that’s so important is everybody wants to feel like they have something to relate to, everybody wants to feel like they have something where they feel seen, right? I think that’s what is really beautiful about our movie.” 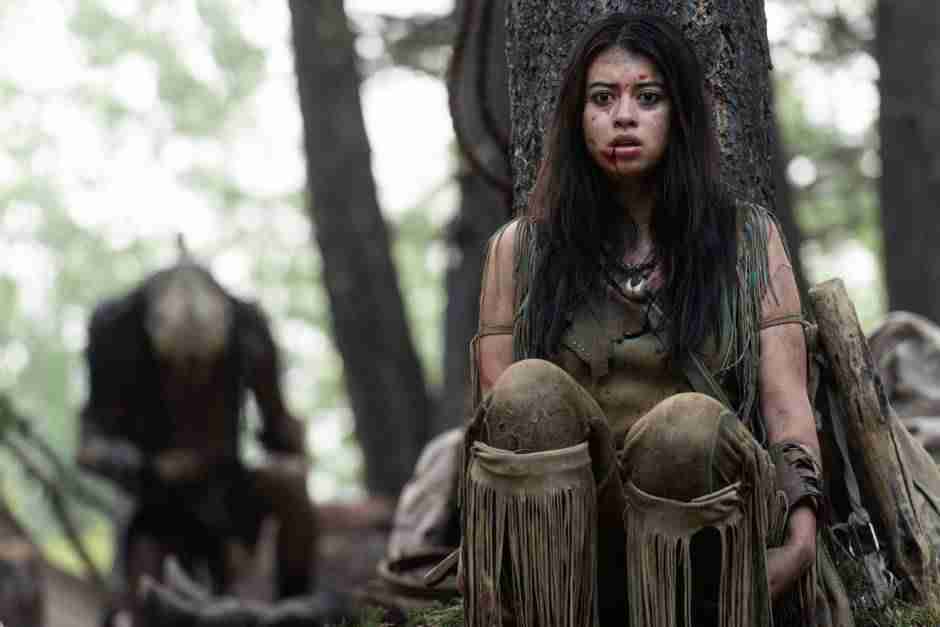 The newest entry in the “Predator” franchise, 20th Century Studios’ “Prey” is an all-new actionthriller set in the Comanche Nation 300 years ago. It is the story of a young woman, Naru, a fierce and highly skilled warrior who has been raised in the shadow of some of the most legendary hunters who roam the Great Plains. So when danger threatens her camp, she sets out to protect her people.