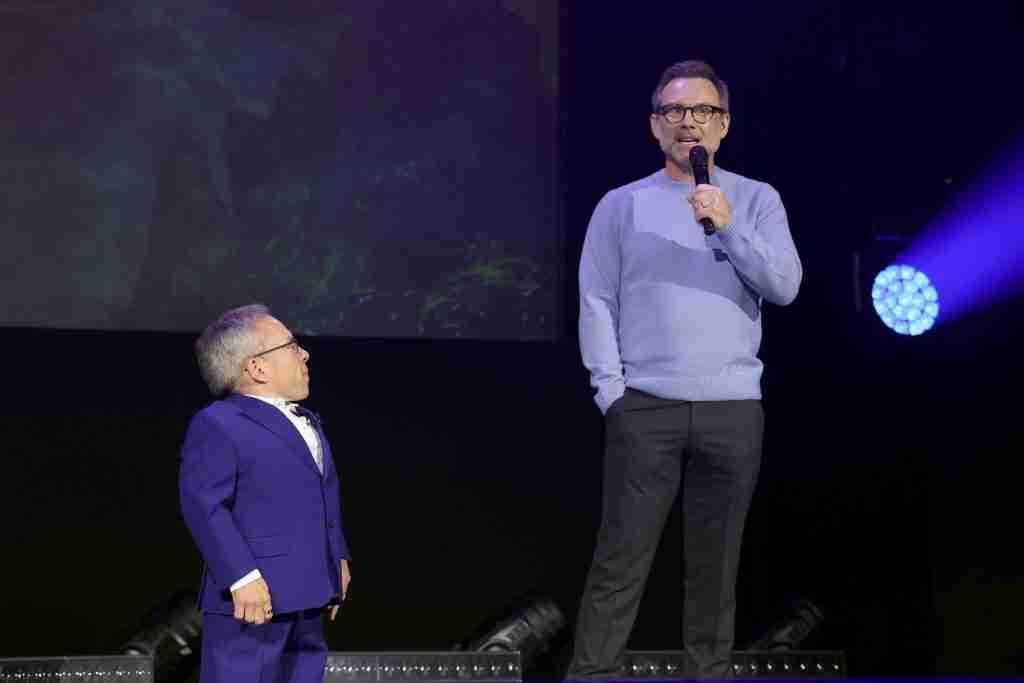 Disney+’s Willow series is coming to the streaming service on November 30th. The live-action series is based on the 1988 fantasy film directed by Ron Howard, and during Disney’s D23 Expo 2022 this past weekend, it was revealed that Christian Slater will be joining the cast. Not much else was revealed about his character. It will just be said that Slater will be “aiding in the quest” and a friend of Madmartigan. Check out what was said about Christian Slater joining Willow during the D23 Expo 2022.

Set in a magical world where brownies, sorcerers, trolls and other mystical creatures flourish, “Willow” is the story of an unlikely group of heroes who set off on a dangerous quest, facing their inner demons and coming together to save their world. An epic period fantasy told with a modern sensibility and plenty of humor, heart, energy and vibrancy.

Slater shares with the audience, “I love the fantasy, the sci-fi. Just to be a part of this show, I’ll be honest with you, was a dream come true.” Slater then addresses Warwick, “Getting to work with you was great. You’re a legend. I’ve grown up watching you. This whole cast I thought was great.“

Not much was shared about Slaters’ character in Willow, but he did share what a fun character he got to play and that it was something he was really happy to do. As far as filming goes, Slater adds, “Surprisingly, we got to have some improvs and ab libs, and we came up with stuff on the spot, which was a lot of fun.“