Don’t Worry Darling is an enjoyable, well-crafted suspense thriller which will have viewers guessing until the very end. Check out the details in my parents guide movie review. 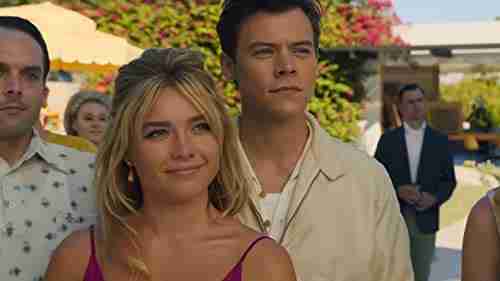 Don’t Worry Darling drops in theaters across the nation tomorrow, September 23rd. The film stars Florence Pugh (Blackwidow), Harry Styles, and is directed by Olivia Wilde, who also has a small part in the movie. This highly anticipated film with its star-studded cast has been receiving mixed reviews, with some hating it and some loving it. Check out all the details in my parents guide movie review.

Don’t Worry Darling: In the 1950s, Alice and Jack live in the idealized community of Victory, an experimental company town that houses the men who work on a top-secret project. While the husbands toil away, the wives get to enjoy the beauty, luxury and debauchery of their seemingly perfect paradise. However, when cracks in her idyllic life begin to appear, exposing flashes of something sinister lurking below the surface, Alice can’t help but question exactly what she’s doing in Victory. 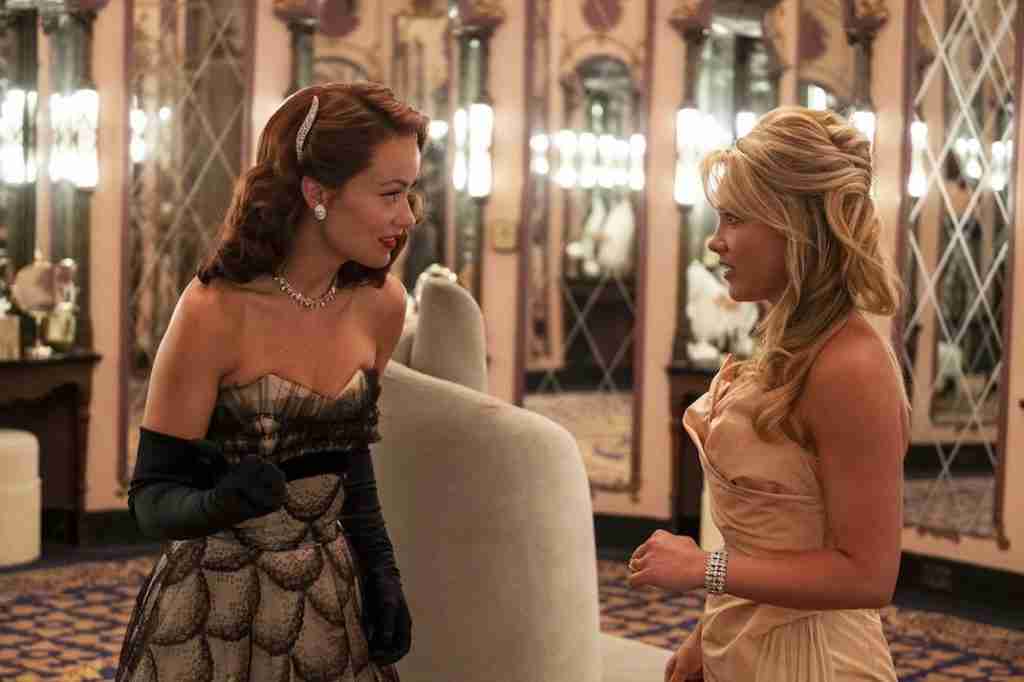 Let’s take a look at what parents need to know before letting their kids watch Don’t Worry Darling.

Sexual Content/Nudity: The film has brief nudity. One of the characters wears a see-through nightie, revealing her breasts in many shots. There is also a scene at a party where a character strips and her breasts are shown, although she is wearing pasties over her nipples. There are also multiple sex scenes, showing characters engaging in oral sex and sexual intercourse, where characters are shown thrusting.

Violence: There are multiple violent and bloody scenes shown throughout the film. Characters are murdered by stabbing and hit on the head with a hard object. There are also scenes of self-harm, showing characters slitting their own necks, jumping off a roof, and wrapping plastic wrap around their heads. There is a theme of being brainwashed, and characters are shown being electroshocked when they do not comply.

Don’t Worry Darling isn’t a perfect movie, but it has one big thing going for it: intrigue. Set in the 1950’s, at first glance the movie may remind some viewers of films such as Pleasantville, but in this case the town is called Victory. Everything in the town looks perfect and pristine. The houses are cutely decorated, the wives are prim and proper, and the husbands lovingly leave for work each day with a smile, kiss, and send off from their driveways. However, something just feels “off” in Victory, and the only one who recognizes the strangeness is Margaret (Kiki Lane), whom neighbors have deemed crazy. That is, until Alice (Florence Pugh) starts to believe her.

Don’t Worry Darling succeeds with the talented ensemble cast, particularly Florence Pugh, who plays the lead character, Alice. Pugh is simply brilliant in the role, which is a far more complicated and complex character than we’ve yet to see her take on. She seamlessly captures the internal struggle of her character, being a happy housewife one minute, and a confused outsider the next. The progression of her character throughout the film, as she slowly reveals the multi-layered facets of her character, is a joy to watch. However, it still isn’t as enjoyable to watch as her steamy scenes with Harry Styles, who plays her husband, Jack. To say their chemistry onscreen is off-the-charts would be an understatement. The two are natural, genuine, and just “click” in the scenes they share together. Styles could have easily been lost in the film next to Pugh’s fantastic performance, but he holds his own, regardless of whether his character had much script to work with or not.

This review of Don’t Worry Darling would be amiss if Chris Pine’s performance, as the antagonist Frank, was not mentioned. Pine excels in this menacing role, always keeping viewers questioning his intent as well as his motives. His ability to create an intense and suspenseful atmosphere with only a glance is confirmation of his profound performance in the film. Other standouts include Gemma Chan, Kiki Layne, and Olivia Wilde, who also directed it.

Don’t Worry Darling isn’t a perfect film; there are holes in the script, and the ending is a bit anti-climactic. Yet the journey Wilde takes viewers on is masterfully crafted, as she slowly builds the suspense and feeling of dread, always leaving a cloud of mystery hovering above. But the proof is in the social commentary itself, touching on gender-roles and reminding audiences of the not-so-long-ago time in history when a woman’s place was in the kitchen. Wilde had a fairly successful directorial debut in 2019 with Booksmart, and this follow-up is sure to put her on the radar for being more than just a pretty faced-actress. With the help of a stellar cast, I predict this film will be getting a lot of attention, and rightly so. 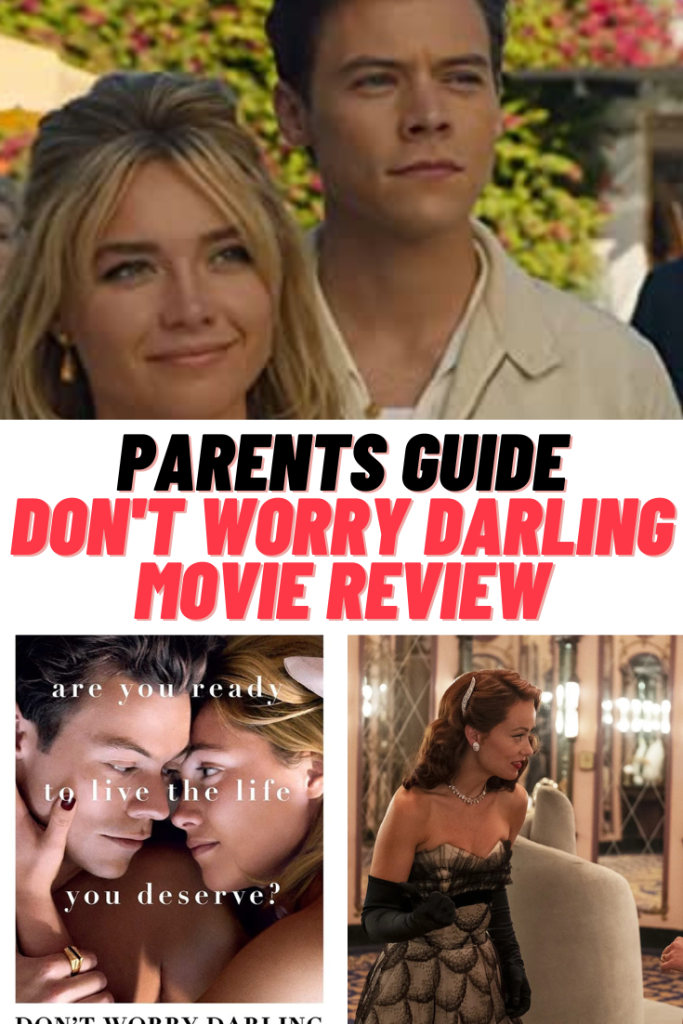