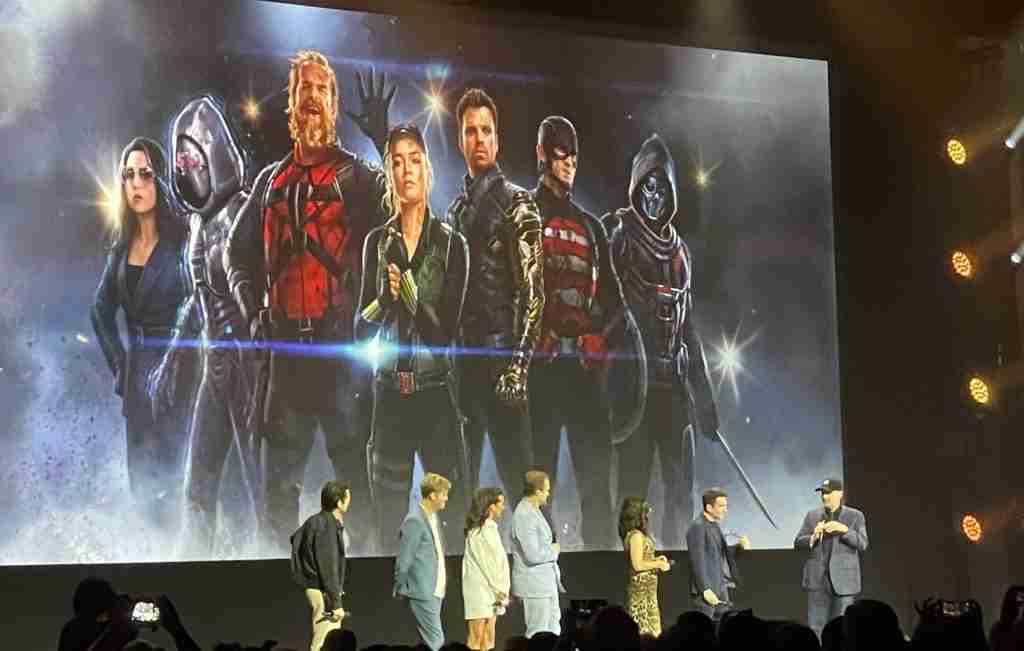 Marvel Studios President Kevin Feige announced last month during the San Diego Comic-Con that Thunderbolts would be the final film to wrap up Phase 5 of the MCU. He said the cast reveal was for last weekend’s D23 Expo 2022, and he brought out the entire cast on stage, or via video. Check out Marvel’s Thunderbolts cast confirmed at D23 Expo 2022.

The identities of the Thunderbolts were unveiled last weekend during the D23 Expo 2022. The cast includes Julia Louis-Dreyfus as Valentina Allegra de Fontaine (who has made appearances in Marvel films and TV shows as of late), David Harbour as Red Guardian, Hannah John-Kamen as Ant-Man And The Wasp’s Ghost, Sebastian Stan returns as James “Bucky” Barnes, aka The Winter Soldier, Wyatt Russell as U.S. Agent John Walker, Florence Pugh as Yelena Belova (sister of Scarlett Johansson’s Natasha Romanoff), and Olga Kurylenko, who will be reprising her role as Taskmaster.

As Sebastian Stan joined the cast onstage, he exclaimed, “These are my people. They look like a good, troubled bunch. And maybe I know a thing or two about that.” Stan went on to say, “I’m just really glad to be back and join a team of some sort.” And what a team it is. Feige joked about the ragtag bunch, as he quipped, “the winter soldier is the most stable among them.” Pugh joined via video previously recorded for the D23 Expo audience. She shared her excitement, “I am really excited to be a part of this cast.“

Thunderbolts will begin shooting next year with Jake Schreier directing and Eric Pearson is writing the script.