Cobra Kai season 5 starts off a little shaky but regains its glory by sticking to the winning elements that make this show such a success. Check out the details in my parents guide review. 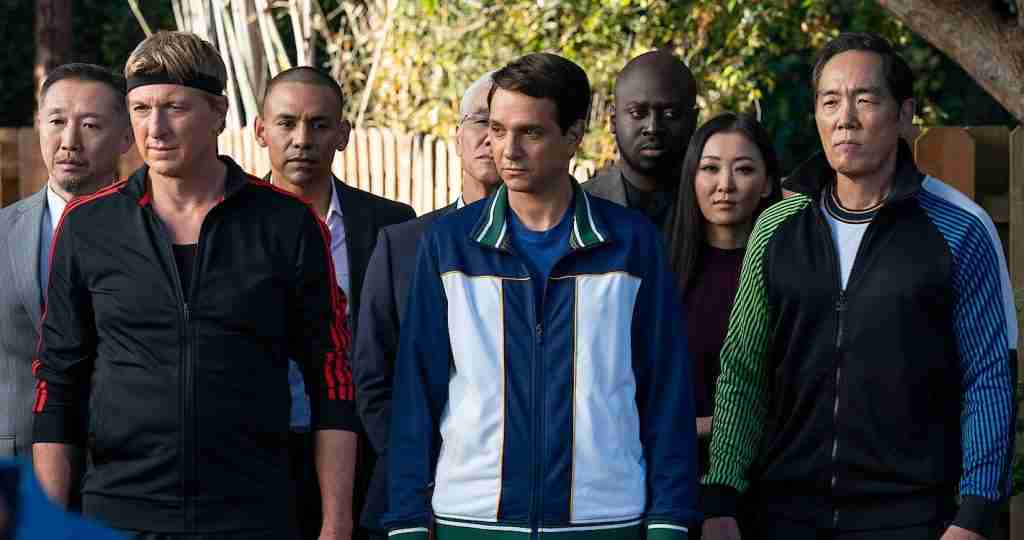 Netflix’s Cobra Kai season 5 drops on the streaming service this Friday, September 9th. The new season picks up where the last season left off, with Cobra Kai winning the All Valley Tournament and the future of Miyagi-Do and Eagle Fang looking bleak. The season is sure to be menacing with Thomas Ian Griffith returning as Terry Silver opening Cobra Kai dojos all over the valley. Check out the details in my parents guide series review.

In Cobra Kai season 5: Following the shocking results of the All Valley Tournament, Season 5 finds Terry Silver expanding the Cobra Kai empire and trying to make his “No Mercy” style of karate the only game in town. With Kreese behind bars and Johnny Lawrence setting karate aside to focus on repairing the damage he’s caused, Daniel LaRusso must call on an old friend for help.

Let’s take a look at what parents need to know before letting their kids watch Cobra Kai season 5.

Language: Cobra Kai season 5 contains strong language, with profanity used throughout. Lookout words include: sh*t, a**h*le, d*ck head, p*&&y, b*stard, son of a b*tch, g-d d*mn, hell, sucks, and one use of f*ck while also having the word “mother f*ck*r” written on a note.

Mature Content: This season contains much more brutal fighting that includes hand-to-hand combat and weapons, which puts characters’ lives in harm’s way and even possible death. There is a scene that shows the partial nudity of a bare backside. Characters are also shown consuming alcohol.

Netflix’s Cobra Kai season 5 picks up right where season 4 left off, with Cobra Kai winning the All Valley Tournament and Miguel Diaz (Xolo Maridueña) in Mexico searching for his father. This leaves season 5 with a lot to unpack, and it definitely feels like it’s on shaky ground the first few episodes in. The entire trip to Mexico seems disjointed from the rest of the story line, leaving a weird dynamic in those episodes, which filmmakers may also have felt, since the entire Mexico plot feels rushed and even the journey home is skipped over entirely. However, the trip isn’t a complete waste of time, as Miguel, Johnny (William Zabka), and Robby (Tanner Buchanan) all learn some valuable lessons that prove to be important later in the season.

Cobra Kai season 5 eventually settles into itself after the first 3 episodes, although viewers may not be clear on the direction it is going or the motivations of the characters until later in the season. This season brings a lot of growth for the majority of the characters, and many are forced to choose sides and friendships as many of those in Cobra Kai choose between the dojo and those who left it behind. Tory’s (Peyton List) storyline in particular has an intriguing arc. She was close to Kreese, who viewers saw was sent to jail at the end of season 4, and now with the dojo under new leadership, Tory has a sense of uneasiness about staying. She is also dealing with the fact that she witnessed Silver paying off a ref at the All Valley Tournament.

Season 5 of Cobra Kai also delves into the complicated relationship between Johnny (William Zabka), Robby, and Miguel. Johnny’s romantic relationship with Miguel’s mom, Carmen (Vanessa Rubio) seems to be stronger than ever, and this has Johnny pining for a big, happy family that includes both Miguel and Robby. However, will the two be able to put the past behind them? As for Daniel (Ralph Macchio) and Johnny, both characters are forced to make some changes this season, some for the good and some not so good. Daniel, in particular, is the Daniel we saw back in The Karate Kid Part III, as Silver continues to get into the heads of him and the students of Cobra Kai, leaving LaRusso a mess and on the brink of a breakdown.

Speaking of Terry Silver (Thomas Ian Griffith), he is as menacing as ever in this season of Cobra Kai, making the era of the dojo under Kreese look like the Mickey Mouse Club. The fighting between him, his dojo, and his lackeys is some of the most brutal in the history of the show, which says a lot considering the fighting in season 2 put Miguel in a coma. This season also has Chozen Toguchi (Yuji Okumoto) from The Karate Kid Part II making an appearance and providing some of the best martial arts sequences in the show.

Cobra Kai wouldn’t be the success it is without some Johnny humor. Season 5 has a hilarious episode which includes Johnny getting a “real” job as an Uber driver that will have viewers rolling in their seats. And while John Kreese (Martin Kove) has a smaller presence this season, considering he is locked up in jail, the show includes him in the shadows as they cleverly have him interacting with some of the cast. This season is the culmination of the entirety of the Karate Kid franchise as a whole, and although that seems to be the case, does that mean everything is wrapped up succinctly? Well as you should know by now this series loves to keep you looking one way and then sweep the leg. It will be hard to top this season should the series continue, but every season has successfully one-upped the previous one thus far. 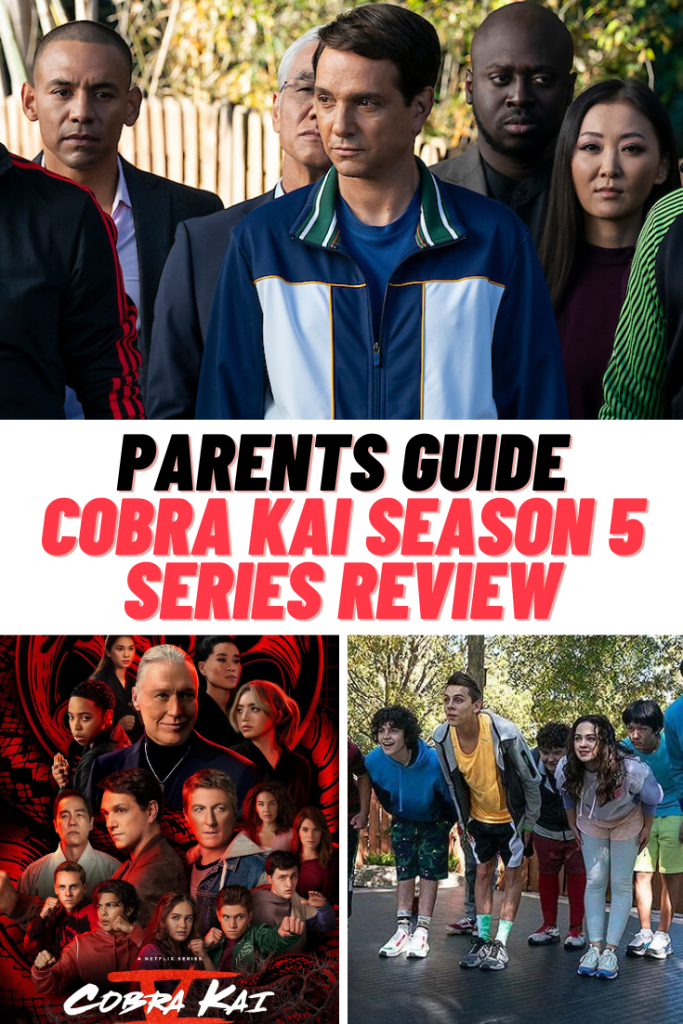