Smile is too long, slow-paced, and relies too heavily on jump scares. Check out the details in my parents guide movie review. 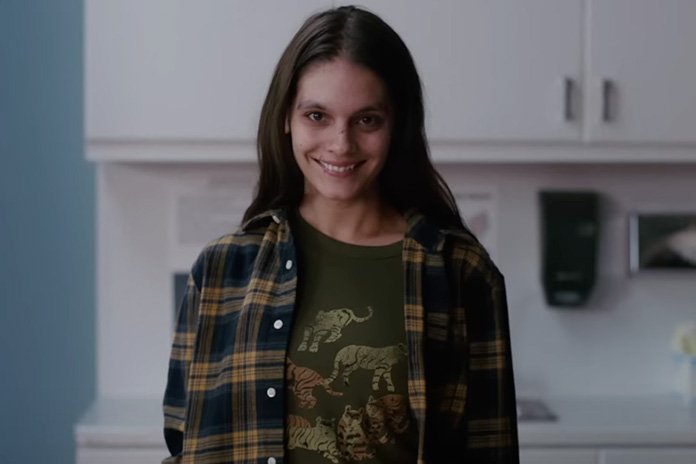 Smile movie drops into theaters tomorrow, Friday, September 30th. The movie is Parker Finn’s directorial debut and is based on the short film called Laura Hasn’t Slept, which follows a woman in therapy being haunted by an entity. It stars Sosie Bacon, daughter of Kevin Bacon and Kyra Sedgwick, and Jessie T. Usher, best known for his role as A-Train in The Boys. Check out all the details in my parents guide movie review.

In Smile Movie: After witnessing a bizarre, traumatic incident involving a patient, Dr. Rose Cotter starts experiencing frightening occurrences that she can’t explain. As an overwhelming terror begins taking over her life, Rose must confront her troubling past in order to survive and escape her horrifying new reality. 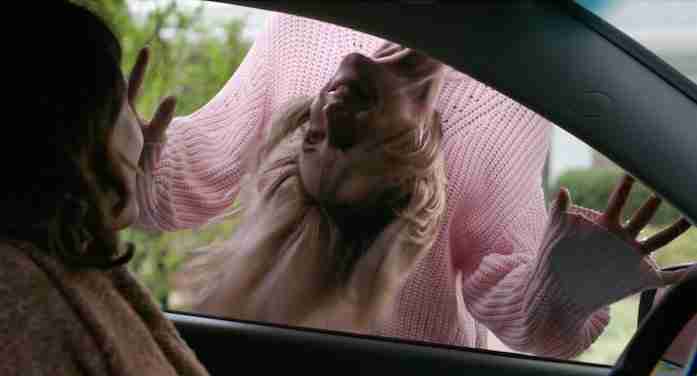 Let’s take a look at what parents need to know before letting their kids see Smile movie.

Mature Content: Like with most horror movies, the biggest issue for parents is going to be the violent content it contains. There are scenes that show multiple deaths, murders, and suicides. Characters are shown cutting their own throats, stabbing themselves and others, setting themselves on fire, peeling off their own faces, and more. There is also a scene that shows a dead animal that was stuffed into a box. There are no sex or nudity scenes; the most viewers will see is a woman in her bra. Characters are also shown consuming alcohol.

Smile movie is based on the short film, Laura Hasn’t Slept, and turns it into an almost two-hour feature film where the length is certainly felt, especially in the first hour of the movie. These sorts of slow-paced moments in the film, while it seems like a deliberate move to help build the tension, suspense, and mystery, are definitely felt by viewers. In this author’s opinion, this was one of the biggest flaws in the film, as the shocks were mostly given by jump-scares and not psychological scares, which this sort of snail-like pacing works best with. Perhaps those moments would have been better served if the script had been beefed up and viewers were given more background on the “entity” or even given more time to see lead character Rose’s balanced state of mind, creating a more dramatic effect when she declines into a state of trauma.

Smile stars Sosie Bacon, daughter of Kevin Bacon, who delivers a solid performance as Rose in the film. Bacon gives the “Scream Queen” a run for her money, with scenes where she is literally screaming at the top of her lungs, so much so, it is almost laughable at times. Yet, it is in the quieter moments that stand out the most, as she slowly slips into paranoia-like states, biting her fingers until they bleed profusely. She is accompanied by notable co-stars who do a decent job in their parts, but easily get lost while sharing the screen with Bacon. Jessie T. Usher, best known as A-Train from the series The Boys, plays Rose’s fiancée Trevor. The chemistry between Bacon and Usher feels off, which may be a deliberate move for the characters, and luckily, there aren’t many scenes the two actors share.

At the center of its story, Smile feels like a personal journey dealing with trauma and mental health in today’s society. As a therapist, Rose is used to assessing patients based on her outside perception, but as her own mental health state slowly declines, she is forced to experience the struggles that are not only in her own head, but also the isolation from many of her family and friends. The whole “smile” concept is never really explained in the film, but one can guess its symbolism is directly tied to the artificial smile many victims of trauma have to project on the outside to ease the worries of those around them, as they struggle internally with their own demons. The film can be quite comical at times, which may also be intentional, although it is likely that some are not, and it just comes off that way. No doubt fans of similar tales will find enjoyment in Smile, but I really just wish they would have made better use of the runtime to provide more backstory and get viewers invested more in the story, especially if they plan on sequels. 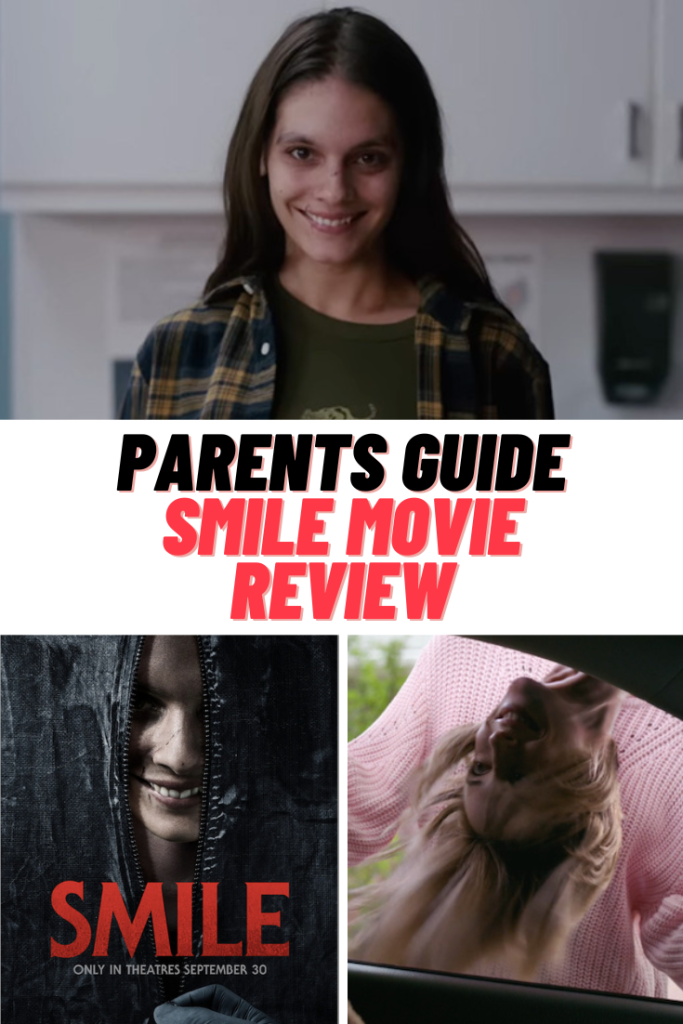