Armageddon Time is a poignant coming-of-age tale that takes a look at the cost of achieving the American Dream. Check out the details in my parents guide movie review. 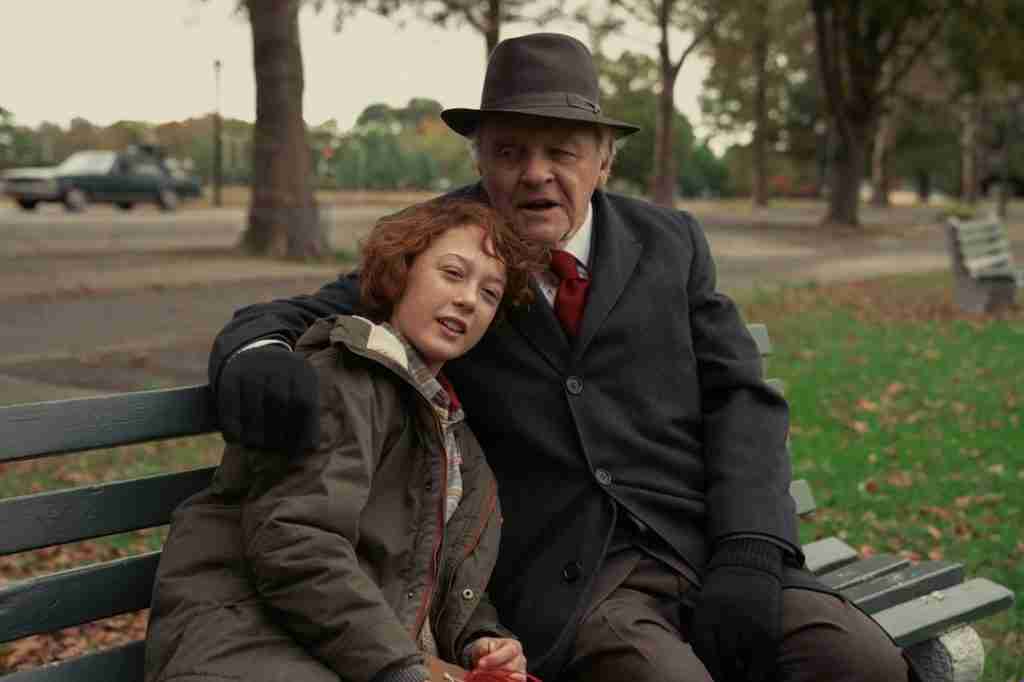 Armageddon Time drops in theaters across the nation next month on November 4th. The film has a star-studded cast, including Anne Hathaway (Les Miserables) and Anthony Hopkins (The Father), both acclaimed Oscar winners and true legends in their field. Written and directed by James Gray (Ad Astra), the movie is one of his most emotional yet, considering it is an autobiography of sorts. Check out the details in my parents guide movie review.

From acclaimed filmmaker James Gray, ARMAGEDDON TIME is a deeply personal reflection on the strength of family, the complexity of friendship and the realities of class and privilege, seen through the eyes of a young Jewish boy growing up in 1980s Queens. 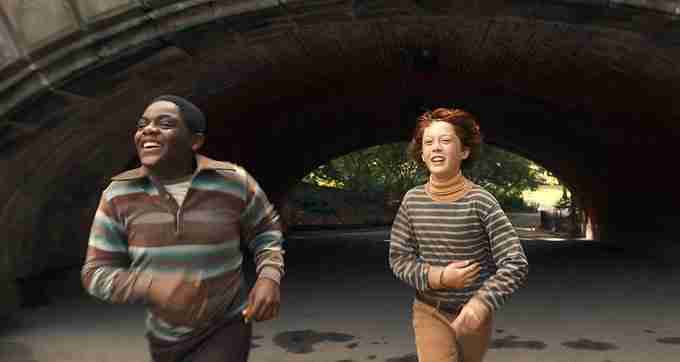 Let’s take a look at what parents need to know before letting their kids watch Armageddon Time.

Mature Content: The film has adult themes that center around race and socioeconomic class, so there are many instances where there are racist comments made about characters of another race. There are kids in the film that steal, partake in illegal drugs (smoke a joint), and get arrested by the police. There is also a scene that shows a young character being beaten with a belt, and a grandparent dies of cancer, which could be triggering for some viewers.

What makes Armageddon Time a truly fascinating story is that it is based on the childhood of James Gray, who also wrote and directed the film. It is clear that Gray has much on his mind that he wants to share with audiences, as his film dips its foot into topics of racism, antisemitism, and class status; all through the eyes of a young middle schooler who is just beginning to shape the world around him while being subjected to the harsh realities of the world. A Jewish kid who is growing up in the 80’s with a black boy as his best friend does not seem to have an easy upbringing, but as the film shows, there is always someone in a tougher situation than themselves, with him being “blessed” with white privilege and a little bit of money to attend a private school. There are even a couple of scenes that feature the Trump family; Fred and his daughter Mary, who is an alumna of the school, solidifying the “privilege” of those who have a leg-up in life.

The cast of Armageddon Time is simply superb, with Oscar winners Anne Hathaway and Anthony Hopkins playing Ester Graff and Grandpa Aaron, Ester’s father. Not surprisingly, Hopkins dominates in every scene he graces as the patriarchal figure who brings wisdom and heart to the role. Grandpa Aaron tells of the horrors his own Jewish family escaped and the stigma he had growing up with a Jewish last name, which is why they changed their last name to “Graff” in order not to sound too Jewish. There is a chilling moment as Hopkins nonchalantly describes these events, explaining how changing the last name of his children has helped them get a bit of a boost in becoming successful in life. Hathaway is solid in her performance as a devoted daughter to Grandpa Aaron and a loving and nurturing mother to Paul.

Banks Repeta plays Paul Graff in Armageddon Time, and, honestly, one of the most frustrating characters to connect with in the film. Many of his bad decisions will have viewers annoyed, especially when those decisions happen to affect the life of someone with a bigger target on their back. Repeta does a terrific job of tapping into the naiveté of Paul, displaying a natural and authentic performance of the character. The film can easily go off the rails with the complexity of the story Gray wants to tell, but he does a phenomenal job of reigning it in and focusing on the relationships and circumstances that aided in molding Paul’s life.

Armageddon Time isn’t a perfect film, as there are some pacing issues that can easily lose the audience. However, the coming-of-age story is not only an emotional one but includes themes that stand the test of time and are still relevant today. George Carlin once said, “The reason they call it the American Dream is because you have to be asleep to believe it,” and while this statement rings true for many, there are still some examples of many achieving this dream. This film points out the heavy financial and moral costs of what it takes to achieve it, and will leave viewers wondering if it is even a dream worth pursuing as a result. 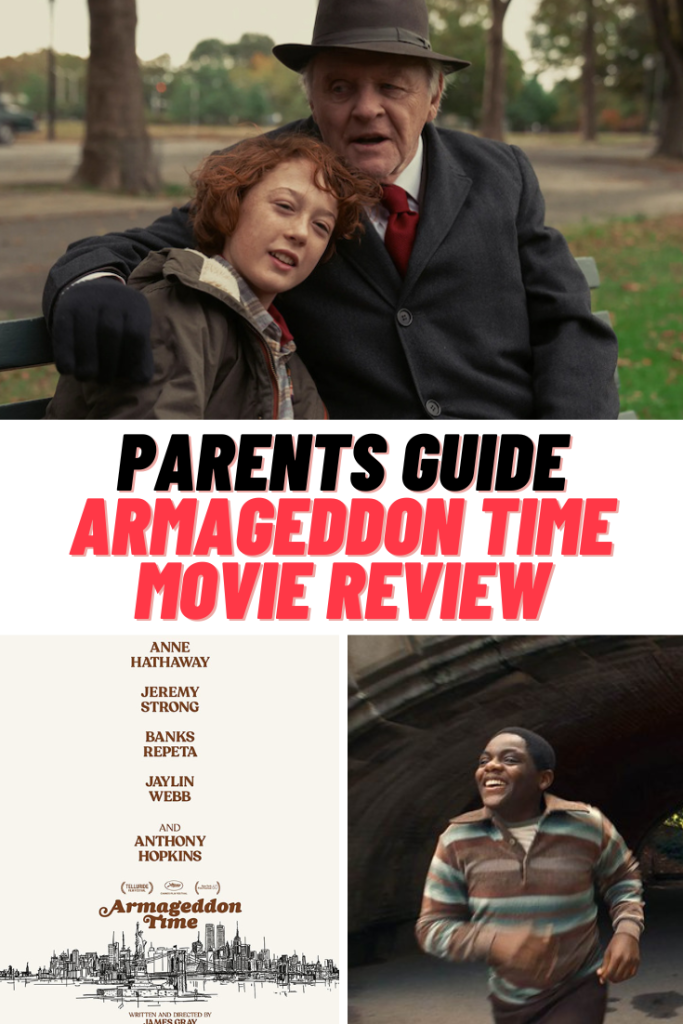