Lyle, Lyle Crocodile tries to figure out its target audience. Teenagers will find it cheesy, and young children will find it boring. However, all ages will appreciate the musical numbers. Check out the details in my parents guide movie review. 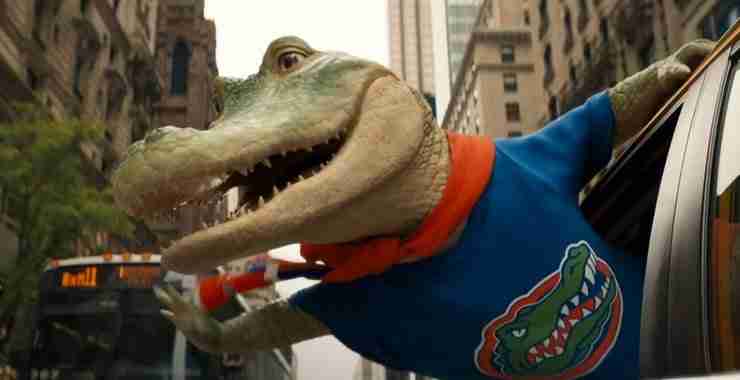 Lyle, Lyle Crocodile drops in theaters tomorrow, October 7th. The film is based on author Bernard Waber’s book, which was first published in 1965. The story has been gracing library shelves for years and even had a musical adaptation in 1987. Now armed with the team that worked on The Greatest Showman, the croc is hitting the big screen. Check out the details in my parents guide movie review.

In Lyle, Lyle Crocodile: When the Primm family (Wu, Scoot McNairy, Winslow Fegley) moves to New York City, their young son Josh struggles to adapt to his new school and new friends. All of that changes when he discovers Lyle – a singing crocodile (Mendes) who loves baths, caviar and great music-living in the attic of his new home. The two become fast friends, but when Lyle’s existence is threatened by evil neighbor Mr. Grumps (Brett Gelman), the Primms must band together with Lyle’s charismatic owner, Hector P. Valenti (Bardem), to show the world that family can come from the most unexpected places and there’s nothing wrong with a big singing crocodile with an even bigger personality. 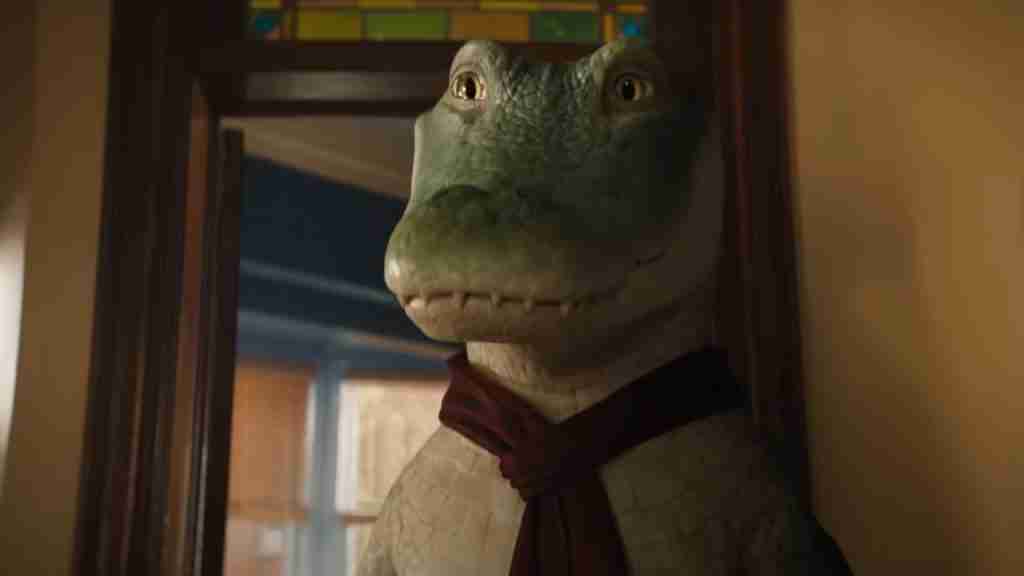 Let’s take a look at what parents need to know before letting their kids watch Lyle, Lyle Crocodile.

Language: Lyle, Lyle Crocodile contains mild language, with the harshest words viewers will come across being: weirdos and stupid.

Mature Content: The biggest warning for parents in the film revolves around the violence it contains. There are scenes that show animals fighting; some blood; animals shot with tranquilizers; and a big theme revolving around animal abandonment. There is some bullying in school in the film, and potty humor. Characters are also shown with alcoholic beverages.

Lyle, Lyle Crocodile has a lot to live up to with those young and old being fans of the book. This is where the movie falters. It tries to produce a film that all ages may enjoy, but never really targets a specific audience. Granted, this is basically a story about a giant crocodile that has the ability to sing, so it runs the risk of losing a teen or preteen audience as they will find the concept completely cheesy. Younger kids, however, will look past the ridiculousness of a giant, singing amphibian, but the movie fails them with boredom. The movie’s run time is around an hour and 45 minutes, which is far too long for younger kids, and some of the more serious sequences, especially towards the end of the film, will be completely lost on them.

Lyle, Lyle Crocodile isn’t a complete bomb; the music is definitely enjoyable with Shawn Mendes, who voices Lyle, is a toe-tapping delight. The ensemble cast is splendid, filled with talent and giving solid performances. Winslow Fegley (8-Bit Christmas) plays Josh Primm, who is new to town and feels like an outsider in school. Fegley is adept at connecting with his characters onscreen, giving emotional and animated performances when needed. It is Javier Bardem (Hector), however, that steals every scene as a struggling showman who discovers Lyle’s singing ability and tries to use him in this show to advance his career. Bardem is lively and spirited and brings life to every scene he graces. He provides much of the comic relief in the film as well, while also delivering a character one should detest but can’t help but have a soft spot for.

One big flaw in Lyle, Lyle Crocodile is the CGI effects that some viewers may not be able to get past. Sure, at the center of the story is a giant crocodile that has the ability to sing, so bringing this sort of character to life will be a bit ridiculous, and it is. But the bad CGI does not stop at Lyle and can also be seen in the other animals in the film, like the neighbor’s cat, which is so fake-looking it is a bit jarring at first and difficult to overlook.

Lyle, Lyle Crocodile is a story that has stood the test of time, which tells this author that the fault is not in the story itself, but with the execution of it onscreen. It would have been better served to the fans, both old and new, if more time and effort had been put into the execution. Maybe they felt the story had enough weight to push it past the glaring mishaps, but overall I don’t feel like they did this timeless classic justice. 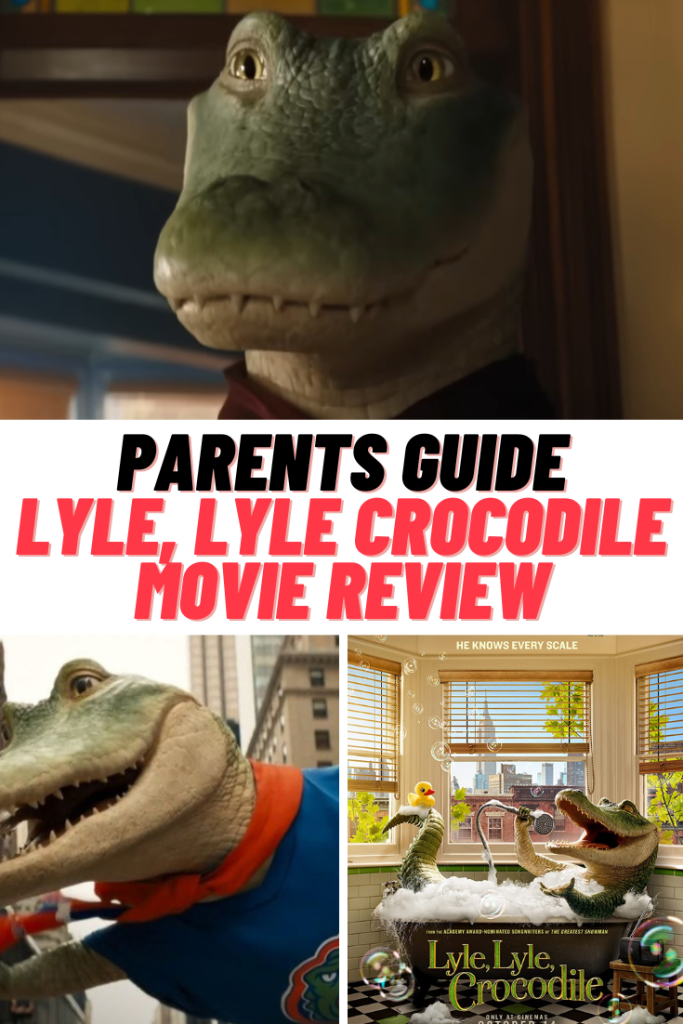