Netflix’s The School for Good and Evil is based on the popular book series of the same name, and gives a fresh take on fairy tale cliches. Check out the details in my parents guide movie review. 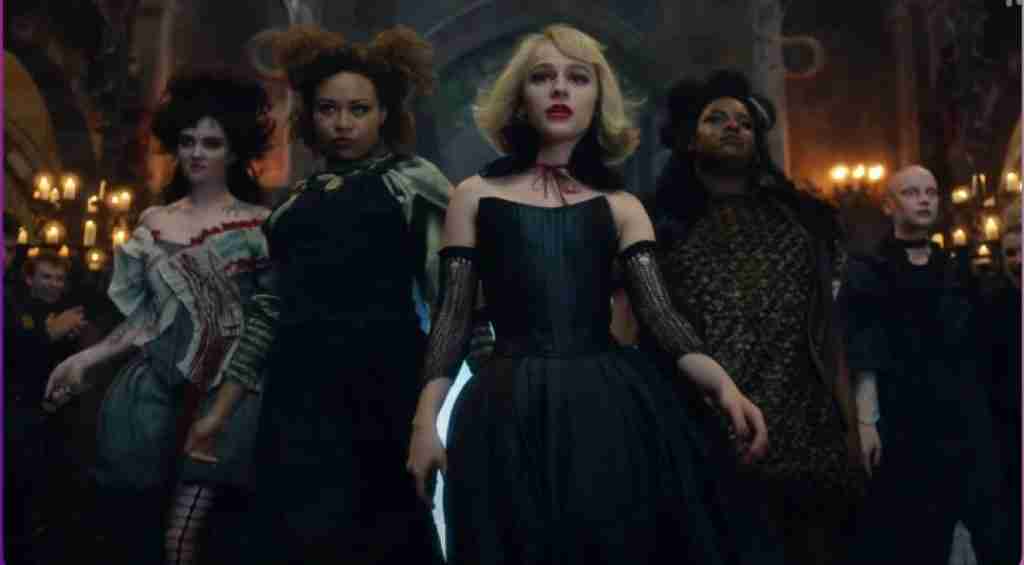 Netflix’s The School for Good and Evil drops on the streaming service tomorrow, October 19th. It is based on the best-selling series by Soman Chainani and stars a huge list of talented actors, including: Sophia Anne Caruso, Sofia Wylie, Laurence Fishburne, Michelle Yeoh, Jamie Flatters, Kit Young, Peter Serafinowicz, Rob Delaney, Mark Heap, Patti LuPone, and Rachel Bloom, with Kerry Washington and Charlize Theron. The story takes typical cliche fairy tales and delivers a fresh take on heroes and villains that will surely win over audiences. Check out the details in my parents guide movie review.

The School for Good and Evil Movie Quotes

The School For Good and Evil Parents Guide

In The School For Good and Evil: In the village of Gavaldon, two misfits and best friends, Sophie (Sophia Anne Caruso) and Agatha (Sofia Wylie), share the unlikeliest of bonds. Sophie, a golden-haired seamstress, dreams of escaping her dreary life to become a princess, while Agatha, with her grim aesthetic and offbeat mother, has the makings of a real witch. One night under a blood red moon, a powerful force sweeps them away to the School for Good and Evil — where the true stories behind every great fairy tale begin. Yet something is amiss from the start: Sophie is dropped into the School for Evil, run by the glamourous and acid-tongued Lady Lesso (Charlize Theron), and Agatha in the School for Good, overseen by the sunny and kind Professor Dovey (Kerry Washington). As if navigating classes with the offspring of the Wicked Witch (Freya Parks), Captain Hook (Earl Cave), and the dashing son of King Arthur (Jamie Flatters) wasn’t hard enough, according to the Schoolmaster (Laurence Fishburne), only true love’s kiss can change the rules and send the girls to their rightful schools and destiny. But when a dark and dangerous figure (Kit Young) with mysterious ties to Sophie reemerges and threatens to destroy the school and the world beyond entirely — the only way to a happy ending is to survive their real life fairytale first.

The School For Good and Evil Age Appropriate Parents Guide

Let’s take a look at what parents need to know before letting their kids watch Netflix’s The School for Good and Evil.

Language: The School for Good and Evil contains some strong language and uses profanity. Lookout words include: sh*t, a**, freaks, hell, an weirdo.

Mature Content: Other than some strong language, the other big issue for parents is the violent content, as the story is about Good versus Evil. There are many dark and scary monsters and spirits in the film that may be frightening for a younger audience. Characters perform magic on one another, fight hand-to-hand combat, use weapons on one another, and kill characters and characters in their monster form. There are scenes showing characters being trapped for hundreds of years against their will, as well as turning into dut or having their arms sizzled off.

Netflix’s The School for Good and Evil isn’t an exact adaptation of the book the story was taken from, and in some respects, that gives it something a bit fresher and newer to fans of the book. And while some fans may not like this film because of it, the biggest flaw in the movie was how lengthy it was and the decision to make this a feature film instead of a series, where writers would have had the ability to delve into the characters more. The movie runs at 2 hours and 27 minutes, so the character development and plot holes were not due to the film being too short, but rather it just ran out of time to include everything. Despite the length of the film, the pacing is steady and it doesn’t seem to drag at all, always keeping the interest of the viewer.

Where The School for Good and Evil excels is in the set and costume design. Audiences can easily see that director Paul Feig includes as much reality as possible, like props and such, to give the set and overall vibe of the story a fairy tale “feel” and authenticity. And while most of the movie could have easily been done with a green screen, this fantasy genre works fantastically, including the VFX when it comes to casting spells, many of the monsters, and building this fantasy world. Viewers can easily immerse themselves in the world and story, which is due to the phenomenal visual effects team.

The casting in The School for Good and Evil is hit or miss. Charlize Theron and Kerry Washington are exceptional in their respected “evil” and “good” roles as Lady Lesso and Professor Dovey. The biggest complaint is the fact that they did not have enough screen time as one would have preferred. Sofia Wylie plays Agatha, which starts out a bit sketchy, but as the film progresses, she eases into the character and gives a solid performance. However, Sophie, played by Sophia Anne Caruso, just didn’t seem to fit the part, and really got the short end of the stick dialogue-wise. She felt offbeat with the rest of the cast, along with her transformation to “evil” seeming rushed and disconnected her journey from viewers.

Overall, Netflix’s The School for Good and Evil is an enjoyable fantasy film that will hit with the audience it is targeted for, i.e., teens and preteens. It is filled with fantasy, magic, and a sweet message about the power of friendship. There is nothing here that will elevate this film beyond its peers, but it is expected, almost like Hallmark holiday movies, that every major consumer holiday presents a slew of new films that people can’t seem to get enough of. What used to be known as “straight to video” releases are now released straight to streaming, and offer the same mediocre contributions to whatever time of the year it happens to be. So if you are that type of individual that can’t get enough of the spooky season, then add this to your queue immediately. 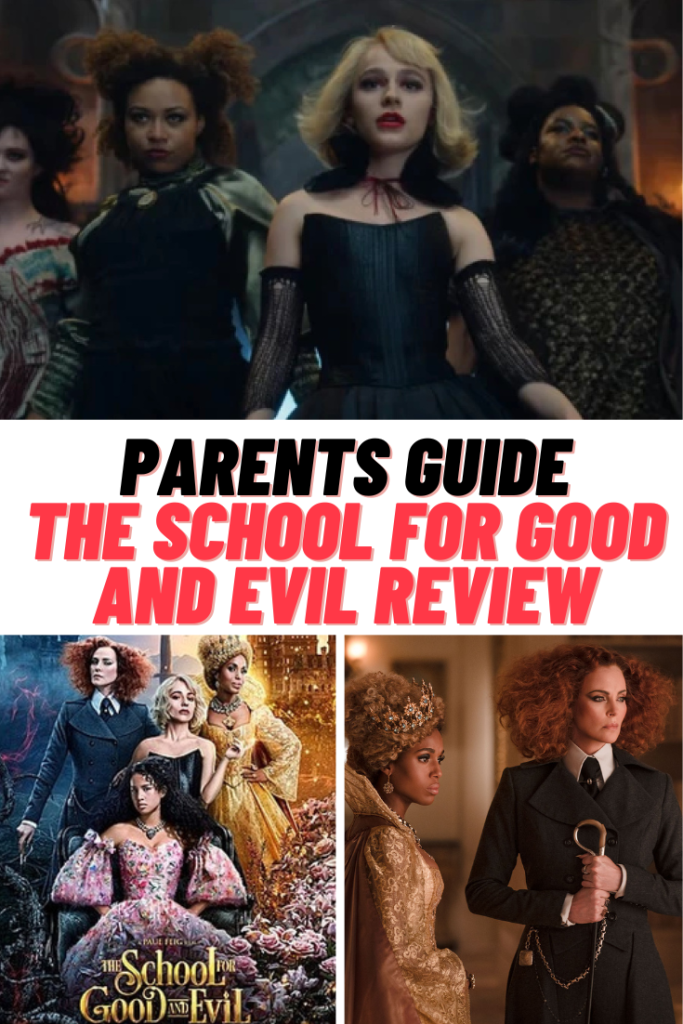