Netflix’s The Watcher is a suspenseful thriller based on true events that will send a chill down the spine. Check out the details in my parents guide review. 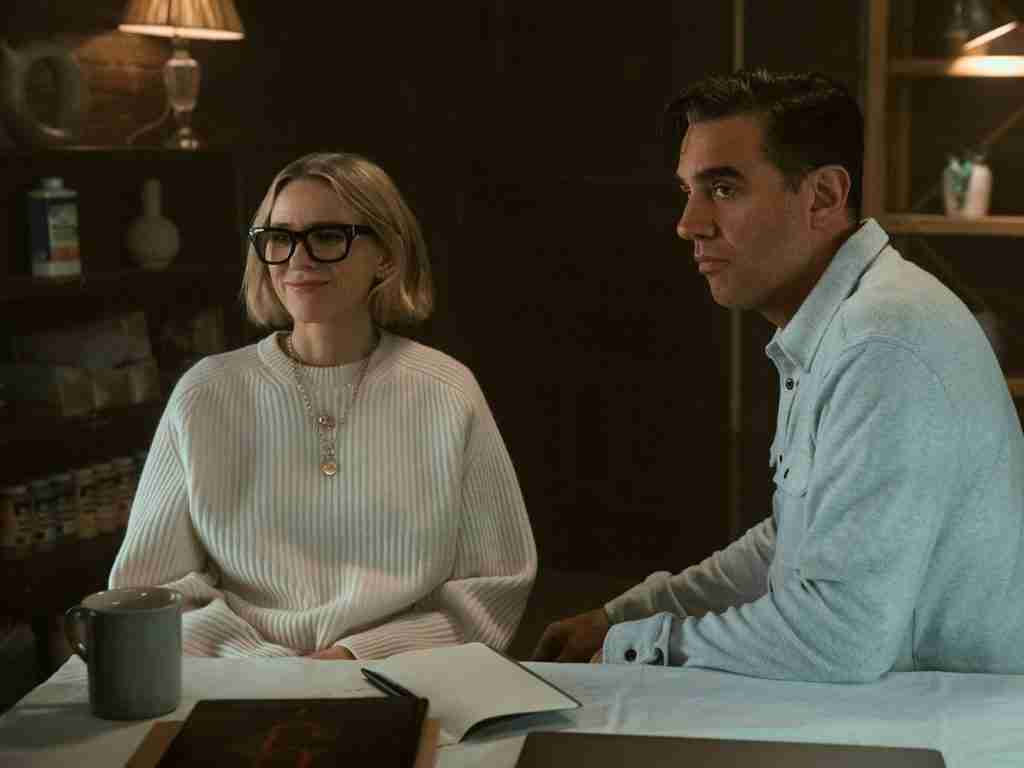 Netflix’s The Watcher dropped on the streaming service today, October 13th. The series is based on real events and created by Ian Brennan and Ryan Murphy, who is on a roll with his latest Netflix hit Monster: The Jeffrey Dahmer Story still topping the viewing charts. The true story took place in New Jersey when a family moved into their new home and, shortly after, began receiving letters from an anonymous stalker who called himself “The Watcher” and stated their children would be used as blood sacrifices. Check out the details in my parents guide review.

In Netflix’s The Watcher: Dean (Bobby Cannavale) and Nora Brannock (Naomi Watts) just purchased their dream home in the idyllic suburb of Westfield, New Jersey, but after putting all of their savings into closing the deal they soon realize the neighborhood is less than welcoming. There’s a kooky older woman named Pearl (Mia Farrow) and her brother Jasper (Terry Kinney), who sneaks into the Brannock’s house and hides in their dumbwaiter. There’s Karen (Jennifer Coolidge), the realtor and an old acquaintance of Nora’s, who makes them feel like they don’t really belong, and nosy neighbors Mitch (Richard Kind) and Mo (Margo Martindale), who don’t seem to understand property lines. Their icy welcome quickly turns into a full-blown living hell when ominous letters from someone calling themself “The Watcher” start arriving, terrorizing the Brannocks to their breaking point as the neighborhood’s sinister secrets come spilling out. Based on the true story of the infamous “Watcher” house in New Jersey. 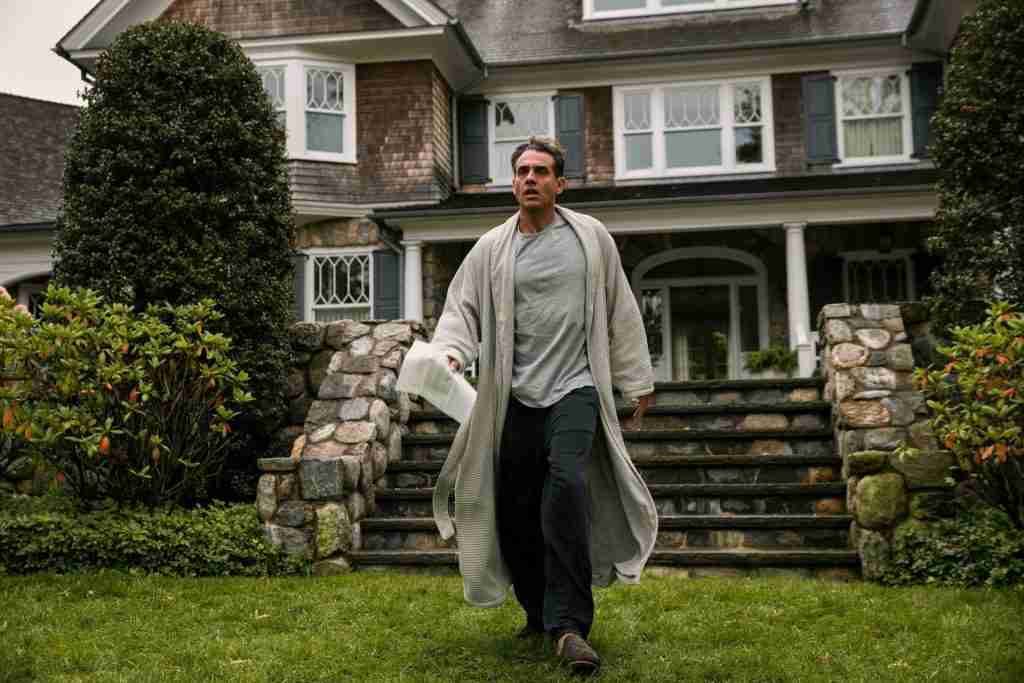 Let’s take a look at what parents need to know before letting their kids watch Netflix’s The Watcher.

Mature Content: The biggest warning for parents, other than the language in the series, is the violent content. There are bloody and gory scenes that include a dead baby with its throat slit and people drinking its blood; a woman shown hung by the neck; guns and weapons shown being used to murder; a suicide; and more. There are a few sex scenes that do not show any nudity, but show the characters in the act and moaning.

What makes Netflix’s The Watcher even more chilling than the played-out events shown in the series is that it is based on a true story where there is lack of a clear conclusion in the case. This is perhaps what first attracted Ryan Murphy (American Horror Story) to the project, as he has dominated these lurid tales with his recent success, Monster: The Jeffrey Dahmer Story. Make no mistake, fans of Murphy will have no problem picking up on his signature style throughout the series, making this a binge-worthy show that immediately captures viewers’ interests with its outlandish details.

The Watcher is packed with a star-studded cast, including Bobby Cannavale and Naomi Watts, who play the Brannocks, the name being changed from the original couple the story came from, the Broadduses. Cannavale and Watts both shine onscreen and give authentic performances with remarkable chemistry. The two are very believable as a couple, from the intimate moments to the more tense scenes, as the couple face such difficult struggles after their relocation. Other worthy names to mention in the series are the Brannocks children, Ellie and Carter, played by Isabel Gravitt and Luke David Blum; Mia Farrow as Pearls and her brother Jasper, played by Terry Kinney; Jennifer Coolidge as real estate agent Karen; and Richard Kind and Margo Martindale as neighbors Mitch and Mo, to name a few.

While Netflix’s The Watcher is somewhat of a true crime story, Murphy gives the story the paranormal edge audiences do not often see in these sorts of retellings. As soon as the Brannocks move into their new home, they begin to see strangers creepily glaring at them behind bushes, a piano playing over the intercoms, and they even find a neighbor hiding in their dumbwaiter. They also soon learn about rumors of cults and blood sacrifices that took place at their residence. As said before, the series has Murphy’s signature mark all over it, and at times, the show may even have viewers questioning if they are watching The Watcher or a new season of American Horror Story. The fact that this series already has a huge fan base will ensure the success of this one is practically guaranteed. The star power and performances, however, will push it over the top. True crime is having a renaissance period, it seems as of late, and The Watcher is yet another fine entry into that pantheon. 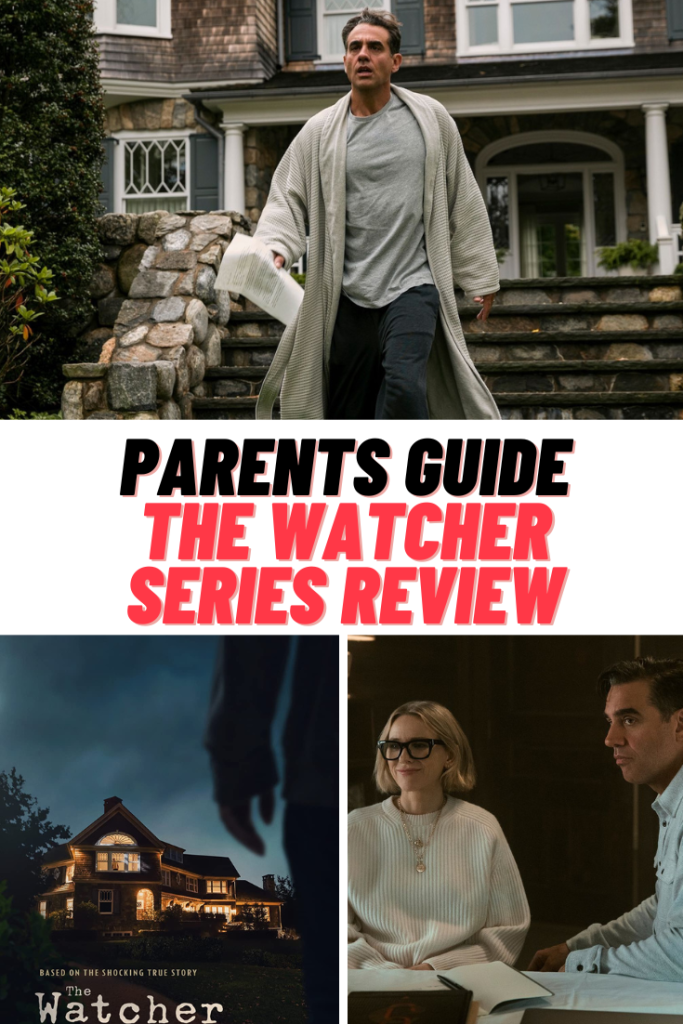