TILL is a powerful and gut-wrenching story that some may be familiar with; it is hard to watch nonetheless. Check out the details in my parents guide movie review. 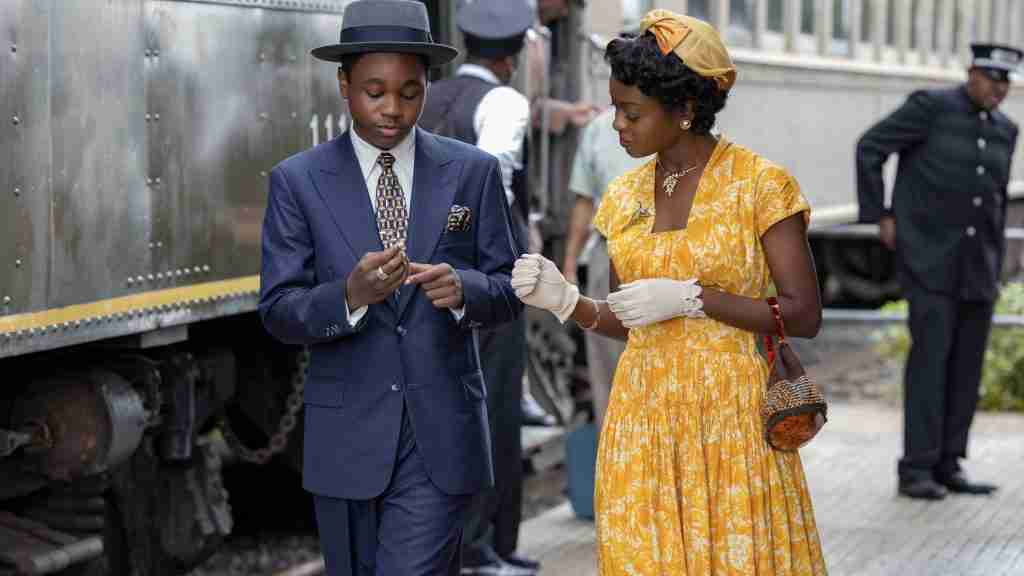 Till movie is dropping in theaters this Friday, October 21st. The story is based on the true events that occurred when Emmett Till was brutually lynched in Mississippi on August 28, 1955. This led to Emmett’s mother, Mamie Till Mobley (Danielle Deadwyler), seeking justice for the murder of her son and eventually becoming a voice in the civil rights movement. Check out the details in my parents guide movie review.

In TILL: The true story of Mamie Till-Mobley’s relentless pursuit of justice for her 14-year-old son, Emmett Till, who was brutally lynched in 1955 while visiting his cousins in Mississippi.

Let’s take a look at what parents need to know before letting their kids watch Till.

Language: Till movie does not have much profanity used, with minor profanities such as d*mn and hell. However, the N-word is used often throughout the film.

Mature Content: The film surrounds the murder “lynching” of a black teenage boy in the 1950s, so the biggest lookout for parents will be the violent content and racist tones. Black characters are shown being threatened at gunpoint, and a black teen boy is kidnapped, beaten, and his body left in a river. While the beating is not shown, there are scenes in which viewers can hear the beating and screams from the boy, which is extremely difficult to witness. The dead body of the boy, bruised, battered and bloated, is often shown. There are also many instances that show characters being racist and making racist statements towards black people.

Many know the story of Emmett Till, and more recently, with the rise of Black Lives Matter and the George Floyd murder in 2020, Till’s story has been brought back into the limelight. As Till movie director Chinonye Chukwu stated in a note before the film played, Emmett’s story is about trauma and physical violence inflicted on the young boy for being black in Mississippi. However, Chukwu set out to tell a different story, the story of the love of a child. And at its core, this is exactly what Till is about, a love story and the pain and heartbreak endured in the aftermath of the brutual killing of Emmett, which gave rise to his mother, Mamie Till Mobley, becoming a voice in the civil rights movement.

Till is a powerful story that is difficult and uncomfortable to watch at times, but needs to be viewed. The story carries as much weight today as it did almost 70 years ago when it first took place. The driving force of the film and what makes this film so effective is the fact that it is Mamie’s story and the unconditional love that pushed her to seek justice for the murder of her son, during a time when no justice was being served for such crimes. Mamie is played in the film by Danielle Deadwyler (The Harder They Fall), who gives a phenomenal performance depicting her journey, beginning as a small and fearful woman who constantly worries and warns her son of the dangers for black men like him in Mississippi. As the film ends, she is a towering and strong female figure of the civil rights movement, dedicating her life to bringing justice to others like Emmett.

Chukwu makes it clear that she refuses to depict the torture and brutuality inflicted upon Emmett, although there are a few difficult scenes that will put knots in viewers’ stomachs, such as the screams heard from Emmett while being beaten. There is also the bruised and beaten body that is shown when he is returned to his mother, and her observations of the condition of his body, like all of his teeth being pulled out. While these sequences are hard to watch and will literally make one sick to their stomach, some of the most powerful scenes in the film were the quieter moments, where close-up shots of Mamie, as she gazes into the unknown, allow audiences to feel the emotions of utter pain, shock, anger, and horror she is experiencing.

If Emmett Till were alive today, he would be 81 years old, and yet the film Till still resonates with many today, not only because of the recent BLM movement and George Floyd protests, but also due to the violence inflicted on our young. Mamie’s decision to reveal and have her son’s disfigured corpse photographed and published brought much controversy at the time, while also catching many people’s eyes, perhaps even a turning point in the fight for civil rights. A line in the film about the photos being taken states, “Those pictures of your son in the magazine changed people’s lives.” And if we were to think of the recent epidemic of gun violence and shootings in schools, it makes one wonder how far we have to go before change occurs. Will parents have to start revealing the same sorts of photos of their children taken by violence to get the attention of those who pass legislation? Perhaps Mamie’s story can be a lesson in the importance of making these critical changes. Our children deserve it, as did Emmett. 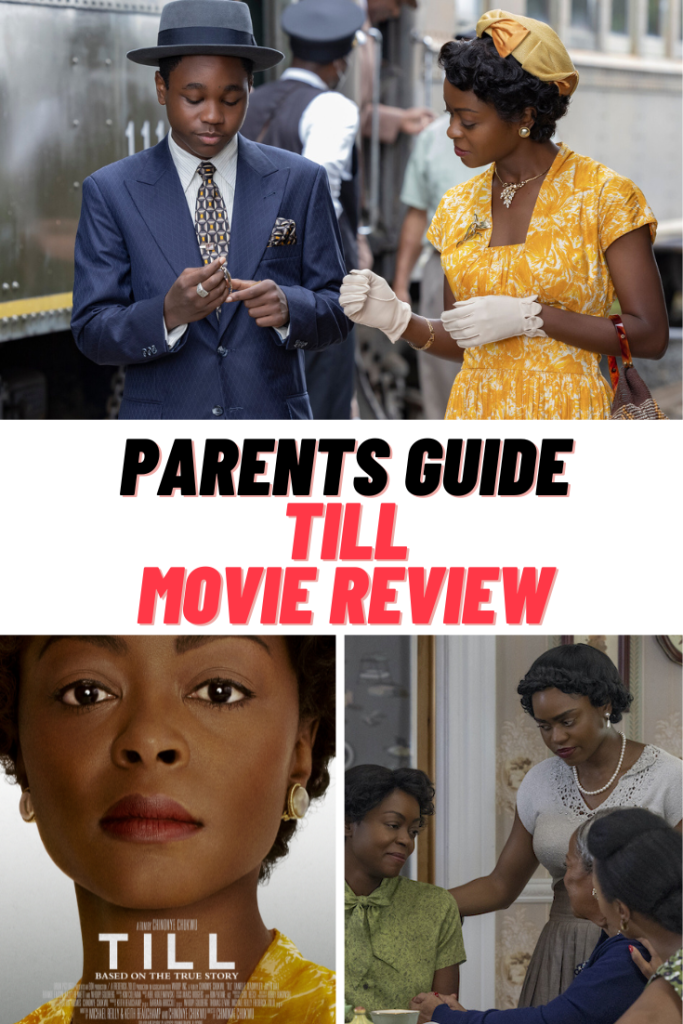