A Christmas Story Christmas is a sequel worthy of the classic film, bringing back all the nostalgia and holiday magic. Check out the details in my parents guide movie review.

A Christmas Story Christmas drops on HBO Max this Thursday, November 17th. The film brings back the beloved character Ralphie, played by Peter Billingsley, who is now grown up with a family of his own and ready to pass on many Christmas traditions. The original aired back in 1983, and almost 40 years later, the magic is not gone. Check out all the details in my parents guide movie review.

In A Christmas Story Christmas: Based on the humorous writings of author Jean Shepherd, this beloved holiday movie follows the wintry exploits of youngster Ralphie Parker (Peter Billingsley), who spends most of his time dodging a bully (Zack Ward) and dreaming of his ideal Christmas gift, a “Red Ryder air rifle.” Frequently at odds with his cranky dad (Darren McGavin) but comforted by his doting mother (Melinda Dillon), Ralphie struggles to make it to Christmas Day with his glasses and his hopes intact. 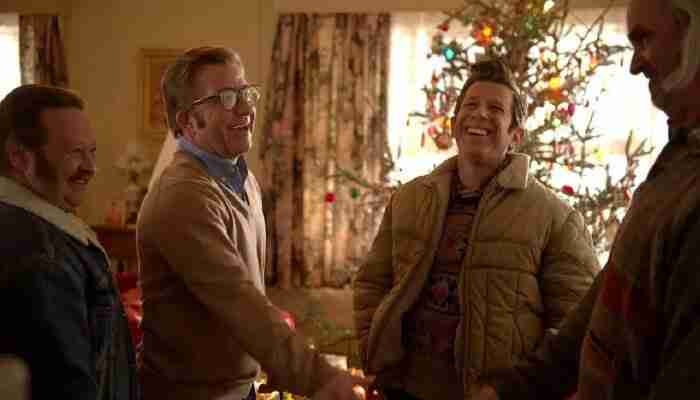 Let’s take a look at what parents need to know before letting their kids watch A Christmas Story Christmas.

Language: A Christmas Story Christmas contains some profanity used throughout the film. Lookout words include: son of a b*tch, d*mn, d*mmit, dumb a**, piss, hell, moron, and phrases such as “Oh my g-d.”

Mature Content: The film centers around the theme of losing a parent, which could be very triggering for some viewers. There are scenes that show characters in dangerous situations, like sledding off of a ramp and crashing snowmobiles. There are some scenes that show kids being bullied, and revenge is taken on the bullies. Characters are shown consuming alcohol while intoxicated.

The best part about A Christmas Story Christmas is the fact that it “feels” like the original, bringing back not only the nostalgia from its predecessor but also recreating many sequences, such as the “A+ + + + teacher scene” when he was a child, in a version that fits Ralphie’s adult self. The nostalgia and Easter eggs are a plenty, returning to Ralphie’s childhood home and catching up with old friends, who have also reprised their roles. There are flashbacks of his childhood days, along with Easter Eggs such as the famous bunny costume he received from his aunt Clara and the iconic leg lampshade.

A Christmas Story Christmas brings back much of the original cast, with the recognizable Peter Billingsley as Ralphie, Scott Schwartz as Flick, Ian Petrella as Randy, and even Zack Ward as the yellow-eyed bully, Scut Farkus. Ralphie’s mom, “Mother Parker,” was originally played by Melinda Dillion, who has since retired from acting, and has been recast in this film by Julie Hagerty, best known from the Airplane movies. Hagerty is fantastic in the role, bringing the silliness, carefreeness, and even a little bit of ditziness that are well known to her character. The chemistry of the entire cast is terrific, as if life-long friends have returned for a reunion of sorts, which is exactly what one might expect.

There will certainly be many people who will flat out refuse to watch this sequel, as they vehemently railed against its existence to begin with, fearing that it would besmirch their beloved holiday classic. And I fully understand that sentiment until I watched it. Out of all the remake/reboot/revisit movies that have come along in recent years, this one really stands out as exemplary. With much of the original cast, and Billingsley serving as a producer, they made sure that this film was of a high caliber, because if it wasn’t, there would be hell to pay, and I am sure they knew it! Yes, one can argue that it is not as good as the original, and of course it isn’t, but part of what made the original so classic is that it came out in 1983. At that time, it was a sleeper hit, grossing modestly at the box office. Years later, it went on to receive 24 hours of playtime on television every Christmas, which has since launched it into the stratosphere. Will A Christmas Story Christmas achieve such a following 40 years from now? Probably not, but who is to say that it still won’t be a beloved sequel in its own right? For those that choose to indulge, this movie will bring back much of the love from yesteryear and warm the hearts of all who double-dog dare to watch. 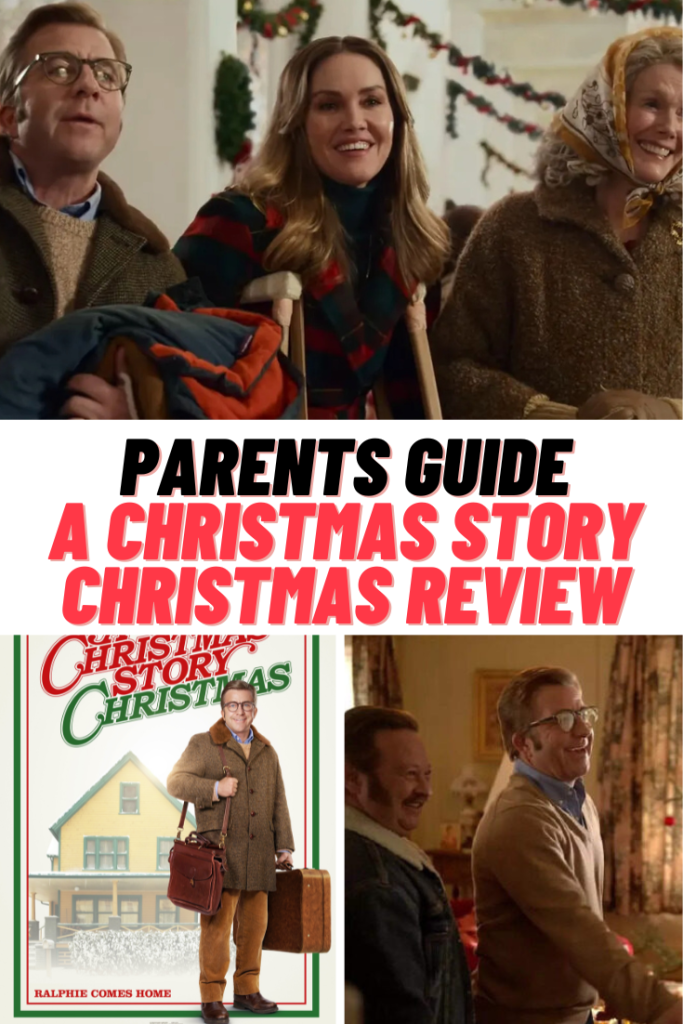