Black Panther Wakanda Forever is an emotional rollercoaster that honors the late Chadwick Boseman while doing a terrific job passing down the baton. Check out the details in my parents guide movie review. 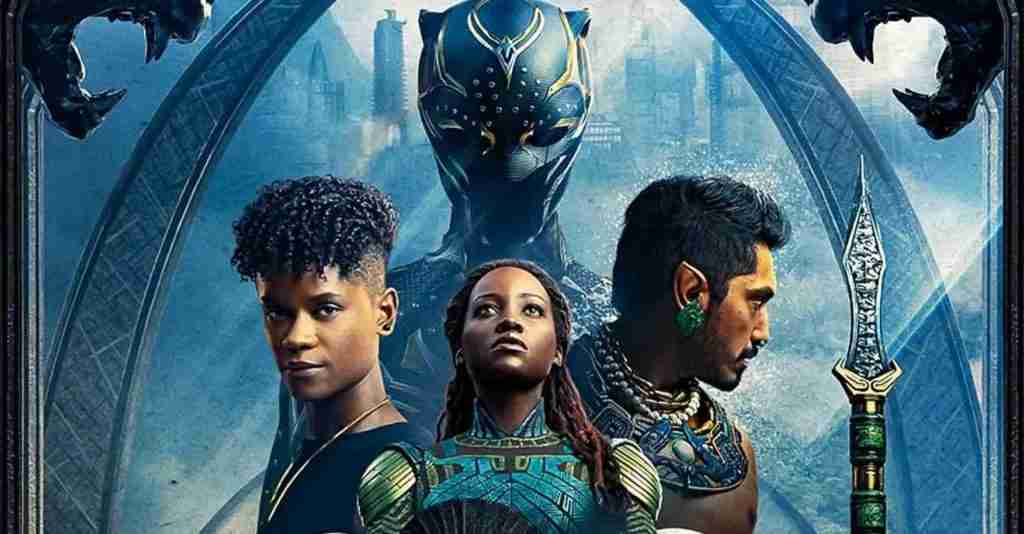 Black Panther Wakanda Forever drops in theaters across the nation this Friday, November 11th. The sequel brings back beloved cast members, including Angela Bassett, Letitia Wright, and Lupita Nyong’o, and carries on the legacy of the superhero following the death of Chadwick Boseman, the original Black Panther. Filled with action, heart, and a badass villain, this superhero film is another Marvel Studio hit. Check out the details in my parents guide movie review.

In Black Panther Wakanda Forever: Queen Ramonda, Shuri, M’Baku, Okoye and the Dora Milaje fight to protect their nation from intervening world powers in the wake of King T’Challa’s death. As the Wakandans strive to embrace their next chapter, the heroes must band together with Nakia and Everett Ross to forge a new path for their beloved kingdom. 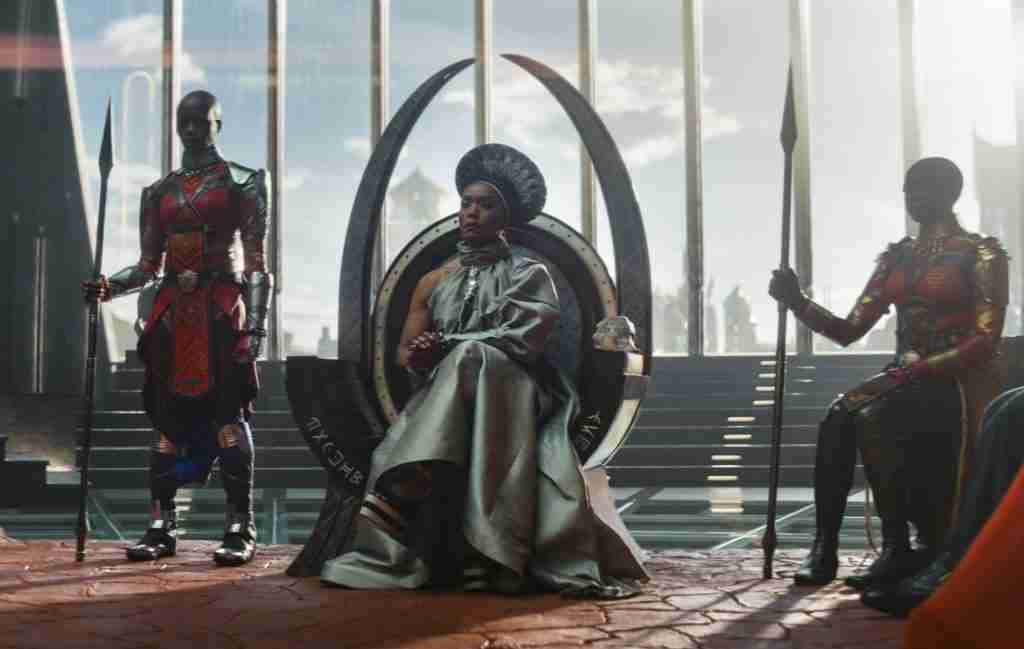 Let’s take a look at what parents need to know before letting their kids watch Black Panther Wakanda Forever.

Mature Content: The biggest lookout for parents in the film is the violent content it contains. Characters are shown in hand-to-hand combat, slashing and fighting with spears; characters die, and there are many scenes that either discuss the death of a character or show mourning for that character’s death. There are themes of vengeance and revenge throughout.

Black Panther Wakanda Forever could have been a drag, considering the film runs around 2 hours and 40 minutes long. Surprisingly, the film never felt its length and delivered a perfect mixture of commentary and action scenes, bu it also does a good job of not forcing the action and fight scenes down audiences throats to the point of exhaustion. The biggest question for the sequel is can the franchise stand on its own two legs without the beloved OG Black Panther, Chadwick Boseman? The short answer is: yes it can.

Black Panther: Wakanda Forever is a visually stunning masterpiece that not only expands on the utopian-like nation of Wakanda but also creates a magnificent new underwater world that serves as Namor’s kingdom. The underwater images are gorgeous and may have some viewers commenting on how well it was done compared to DC’s Aquaman. The people of Talokan, where Namor rules, are made up of blue-like, water-breathing people that may remind many of the film Avatar. However, these bluish Talokan possess unique powers that allow them to regenerate themselves when injured. The backstory of the origin of their powers is explained in the film and is fascinating. Namor himself is a super-powered beast and a godlike figure to the people he rules over. He is the perfect villain, and given his appearance in the comic books, he could have easily had a cheesy look to him in the live-action film, but rest assured, Marvel did him right. Along with being somewhat of an over-powered villain, Namor’s purpose could be seen as a noble one; his intentions to protect his people and the past trauma they have endured give this villain a bit of humanity to his character, which always makes for an interesting twist.

Black Panther Wakanda Forever brings viewers on a rollercoaster of emotions, starting with the opening credits, which are a tribute to the late Chadwick Boseman. If that doesn’t make you cry, the scenes that follow will. Fans feel the loss of Boseman and mourn his loss along with the people of Wakanda. Many scenes surrounding the super-hero’s death may be very triggering to new viewers who have looked up to the super-hero or lost a loved one unexpectedly. While a new Black Panther arises, there is always something missing in the character, something that is almost impossible to replace, as much as creators have tried. The new Black Panther does an okay job, but just does not have the charisma and powerful presence that comes with the job.

Truthfully, this author went into the film without very high expectations, and dreading the movie’s length, but was pleasantly surprised by how enjoyable it was. Of course, there will always be haters and naysayers who will go in expecting to dismiss this sequel as drivel because Boseman is no longer the titular hero and will look for any reason not to like it. Others will likely boycott the film altogether. But honestly, what else could they have done when creating a sequel to the 2018 blockbuster? Recasting T’Challa would have led to an insurrection, and not creating a sequel wouldn’t do justice to the fans or the people of Wakanda. This film had a lot of hope riding on it, and the viewers will be the judge come Friday, but my guess is most will be pleasantly surprised. 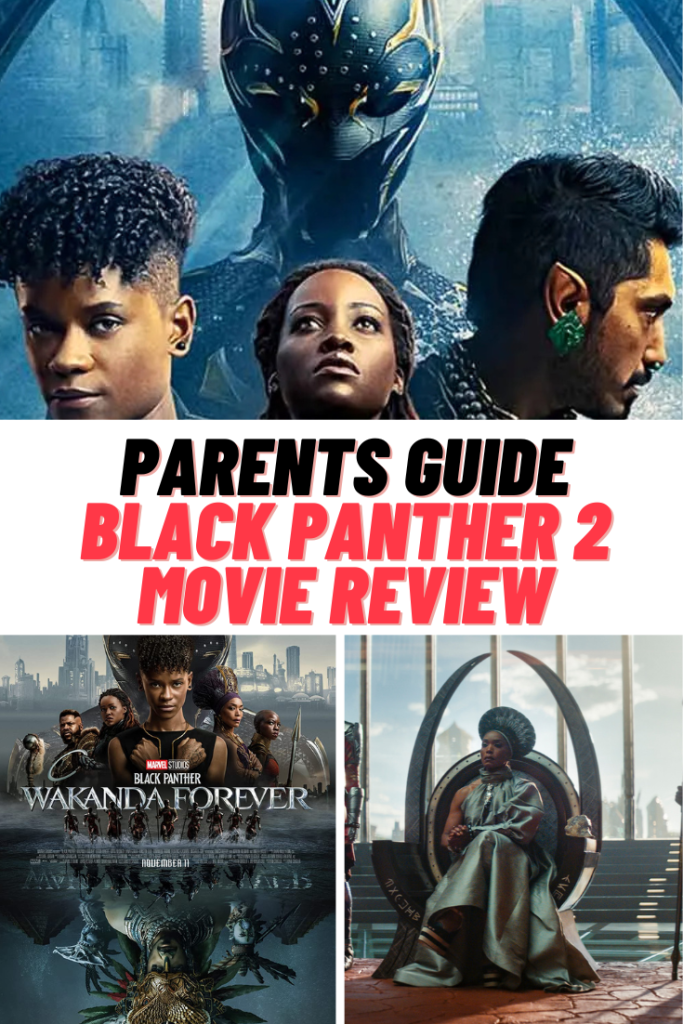