Netflix’s Slumberland is a fun, mystical adventure the whole family will enjoy! With stunning visuals and a heartwarming story, check out all the details in my parents guide movie review. 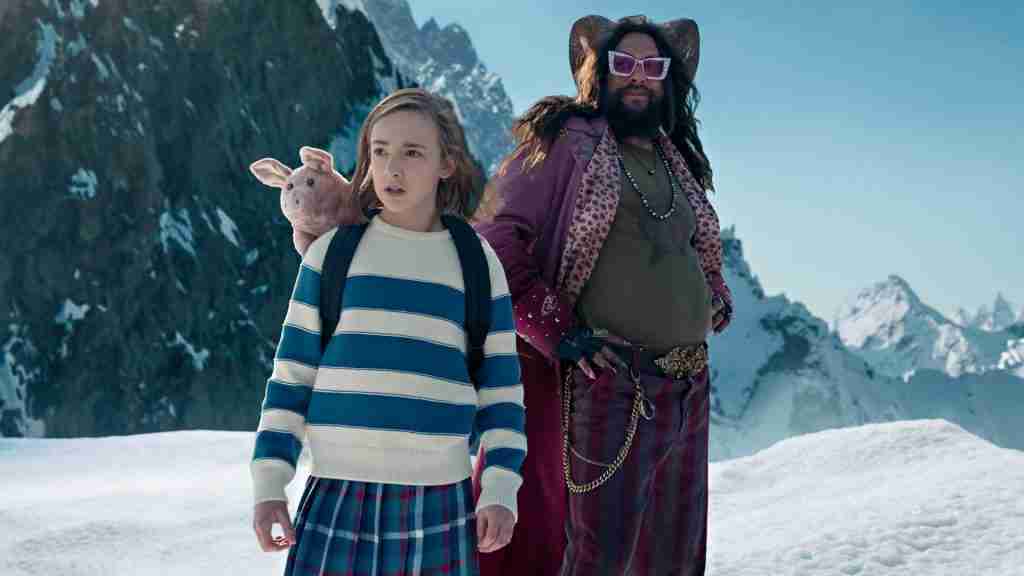 Netflix’s Slumberland drops on the Netflix streaming service on Friday, November 18th. The film stars Jason Momoa as a huge, fanged human with ram’s horns and Marlow Barkley as the daughter of a widowed lighthouse keeper. The story is based on Winsor McCay’s comic strip and is a magical adventure the entire family can enjoy. Check out the details in my parents guide movie review.

In Slumberland: A young girl discovers a secret map to the dreamworld of Slumberland, and with the help of an eccentric outlaw, she traverses dreams and flees nightmares, with the hope that she will be able to see her late father again. 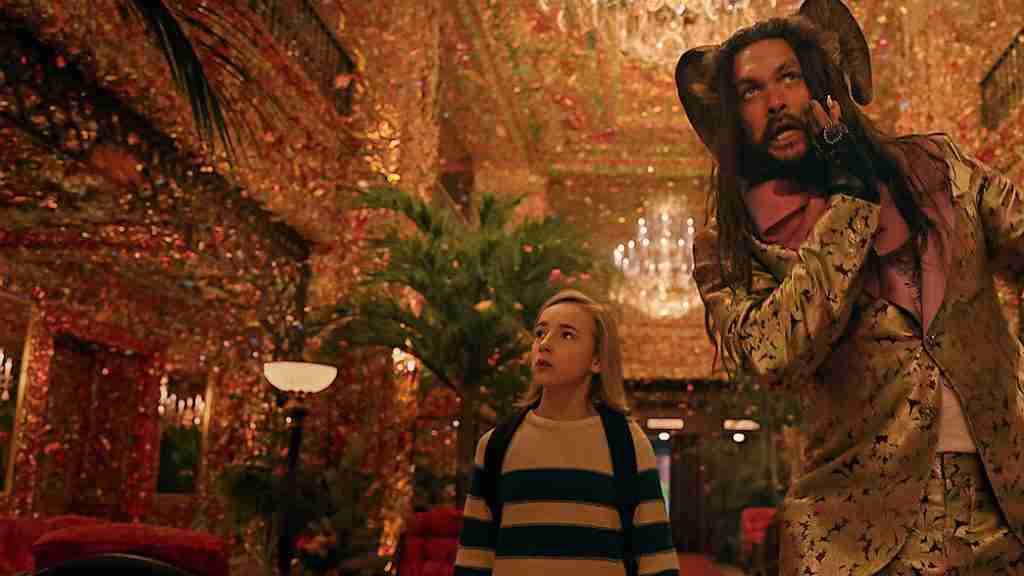 Let’s take a look at what parents need to know before letting their kids watch Slumberland.

Language: Slumberland contains mild language, with some watchwords that parents need to be made aware of. Lookout words include: d*mn, d*mmit, screw, punks, butt load, and more along these lines.

Mature Content: The film has some adult themes that could be inappropriate for some children. There is the death of a parent, which could be very triggering for some viewers. Mature scenes include the possible drowning of a child, scary creatures and bugs, and characters in peril and/or in dangerous situations.

Netflix’s Slumberland has a phenomenal cast, all of whom give strong performances, particularly Jason Momoa, who plays Flip, a ram-horned, fanged human with a pot belly. It is clear that Momoa is having the time of his life in the role, as he regularly makes funny faces, makes horn-like noises, and dances around in the whimsical dream world in which he roams. There were a few times he seemed to overact, but I realized that is just Flip’s persona, which will make more sense later in the film for viewers. Marlow Barkley plays Nemo, the daughter of a lighthouse keeper who is traveling throughout the dream world with Flip. She is strong-willed and holds her own when sharing the screen with Momoa. The two have great chemistry together, which isn’t surprising as Momoa is a devoted father and has a fatherly vibe when sharing the screen with Barkley.

Slumberland is visually stunning, which makes one wish it was available to screen on the big theater screen. The big budget of $150 million tied to the film seems well spent because every little detail is so precise and the dream-world building is magical. The entire film is so whimsical, and it is a blast to watch. It felt like I was immersed in the world, and it really helps to put you in there with the cast. This is a movie I wish they would release in 3-D, because that would just send it over the top!

The biggest flaw in Netflix’s Slumberland is the runtime, which is over two hours long. The length is definitely felt throughout the film, and there were some pacing issues resulting from it; it can easily have viewers lose interest and could definitely use some polishing up. Along with the length, this author hoped that viewers would get to experience multiple dream sequences, but the decision to use the same ones over and over was a bit of a let-down. This is perhaps due to the budgeting of the film, as the dream sequences were very elaborate, stunning, and refined-looking. But the running back and forth through the same ones à la Ground Hogs Day seemed overdone and trite. These minor complaints take nothing away from the film overall, though, and kids who are fans of fantasy films will fall in love with this one. Even adults who grew up loving Labyrinth and The Neverending Story will get a kick out of this tale. Lighthearted and full of wonder a few lessons to offer, Slumberland is a great film just in time for the holiday season. 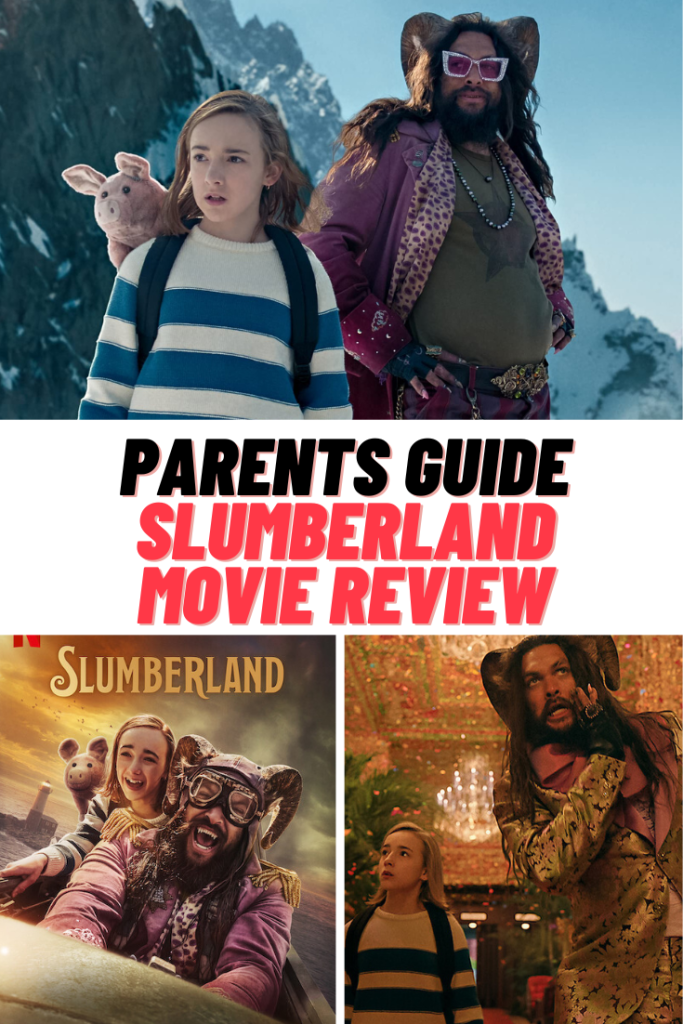