Strange World is a fun, strange, and trippy adventure that introduces a new Disney hero, Splat! Check out the details in my parents guide movie review. 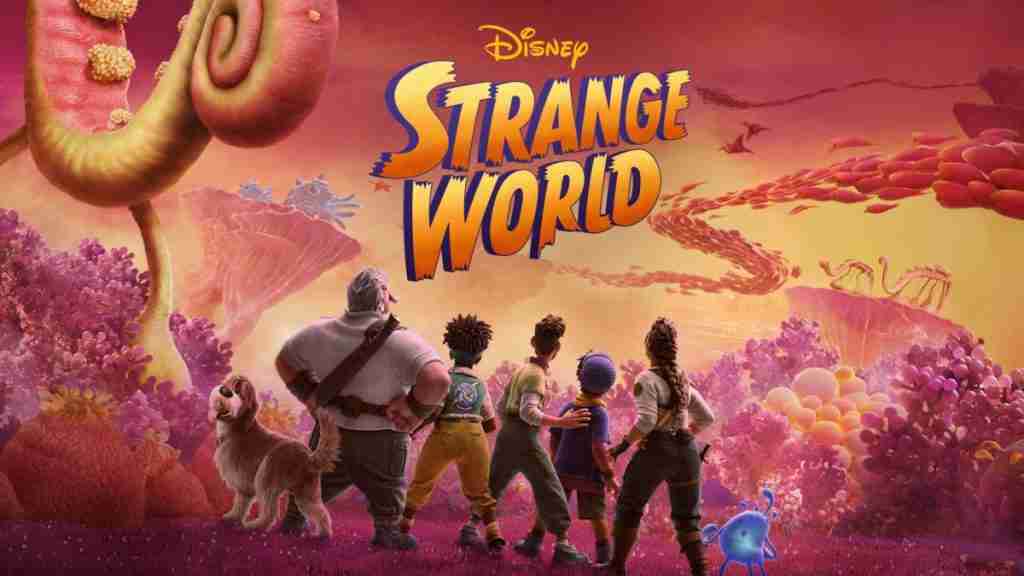 Disney’s Strange World drops in theaters across the nation this Wednesday, November 23rd. The film features some big stars voicing the characters, including Jake Gyllenhaal (Searcher), Dennis Quaid (Jaeger), Gabrielle Union (Meridian), and Lucy Liu (Callisto). The movie is colorful, trippy, and, as the title claims, strange. Check out the details in my parents guide movie review.

In Strange World: The Clades are a legendary family of explorers whose differences threaten to topple their latest and most crucial mission into uncharted and treacherous territory. 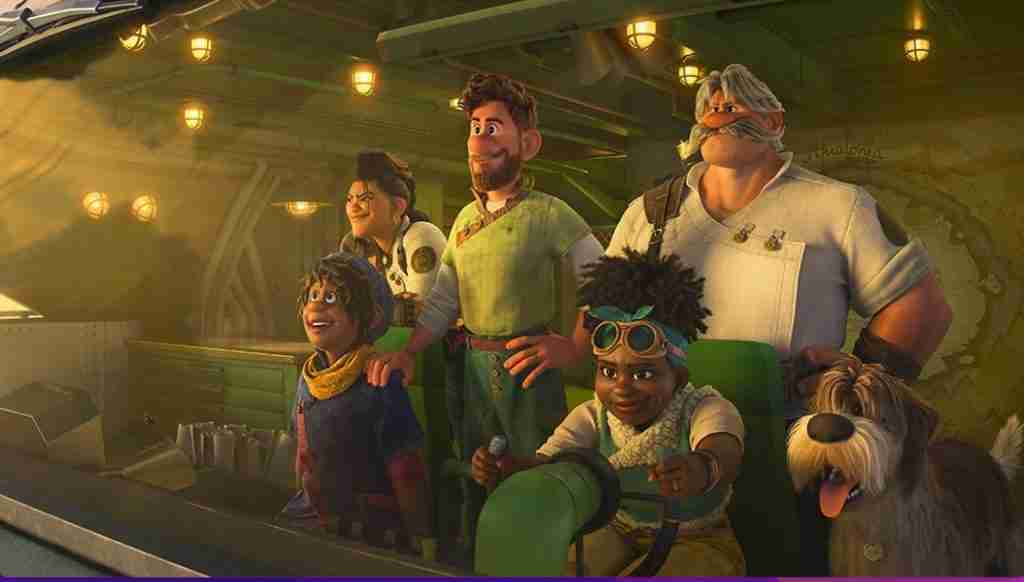 Let’s take a look at what parents need to know before letting their kids see Strange World.

Language: Strange World contains mild language, with the strongest words viewers will come across being “butt” and “weird.”

Mature Content: The biggest lookout for parents in the film is some of the violent content, which often shows characters in peril, running for their lives from killer creatures, and being put into dangerous situations. Characters are shown fighting with blades, flamethrowers, and gun-like weapons. The abandonment and death of a parent are discussed in the film, which may be triggering to some viewers. There is also some mild romance, kissing scenes, and an LGTBQ+ teen.

The best thing about Disney’s new film, Strange World, are the visuals that audiences can feast their eyes upon. The movie is simply gorgeous! It’s brightly colored and, at times, a trippy ride, as it reveals a new world filled with vibrant new creatures that mix sci-fi with Disney magic. Some who have already seen the film and are attending the premiere have stated that this one deserves to be seen on the big screen, and this author must agree. It will even be available to view in 3-D, which seems like an even better choice for such a radiant film.

Strange World runs for around 1 hour and 42 minutes, which is the absolute maximum time an animated film geared toward younger children should run, as not to risk losing their interest. And for this particular film, it could have helped to shorten the time even moreso, as this “strange” journey at times seemed hard to follow, especially the first 30 minutes of the film, which seemed rushed and a bit confusing as to what exactly was going on. It isn’t a “bad” film, but it also isn’t the best film to come out of the Disney animation studio.

One of the biggest flaws in Disney’s Strange World was that it tried to pack too much into just one film. Is the movie about living cohesively with all life surrounding us? Is it a story about the importance of family? There is also an LGBTQ+ character in the film, which I am all for in movies, and this film has a diverse cast that can be celebrated. However, I found the romance of this particular gay character to be unnecessary, not for the fact of his sexual orientation, which I am always for celebrating when a film includes all races, genders, sexual orientations, and even a three-legged dog, but because this romance didn’t flow with the film and seemed to be included just to give the film the LGBTQ+ seal of approval. Even if this character had been straight, I would have felt the same way, as the theme seemed to center around a family dynamic, which is rushed as it is, so adding this side romance just seemed superfluous and took focus off the central message of the story. Disney recently had controversy with Florida’s Ron DeSantis after he passed what is called by many the “Don’t Say Gay Bill,” and perhaps this is a big middle finger from Disney to DeSantis, which is well deserved, but I’m sure not looking forward to listening to all the “woke Disney” propaganda that is certain to come out when the movie releases.

Strange World does introduce some new characters that are sure to be on many kids’ holiday wish lists, including the new Disney hero, Splat. Disney certainly knows a lovable character when they see one, and if for nothing else, fans will want to see this film just to experience Splat for themselves. The voice actors themselves are top-notch, especially Jake Gyllenhaal as Searcher and Dennis Quaid as Jaeger, who were both the driving forces of the film. Quaid has one of those easily distinguishable voices that viewers will pick up on right away, and it fits so well with his character. Newcomer Jaboukie Young-White, who voices Ethan Clade, does a terrific job and meshes well with the rest of the cast.

Strange World‘s intentions are good. In a time where climate change is directly affecting the entire world, with so many having their world destroyed by “once in a lifetime” natural disasters happening more frequently, there is an urgency by many to save our planet, but we are also dealing with addictions to the very things that are also destroying the planet. This film attempts to not only focus on this bad behavior that is aiding in the destruction of this “strange world,” but also on how we as inhabitants must decide to change our way of life in order to save the world. Again, I expect a slew of complaints after the film’s release that Disney is too “woke” these days, but movies almost always have a message or a takeaway once viewed. Disney, to their credit, is just trying to do their part. Change isn’t easy for many, but it will always happen whether people are ready or not, so it is best to be prepared for the future. 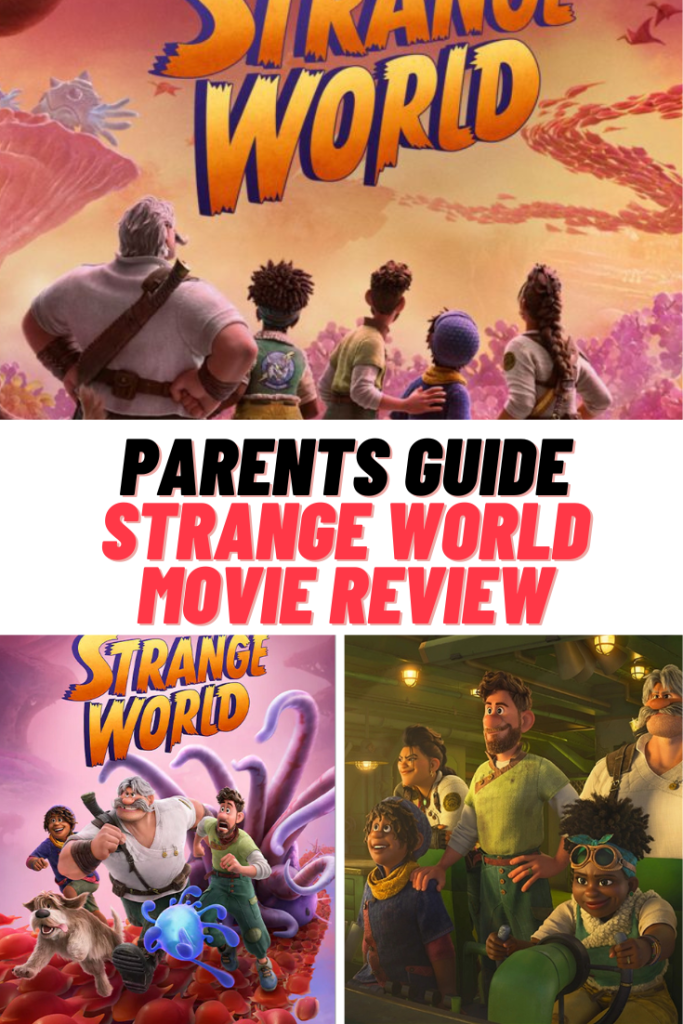