The Menu is a deliciously dark and creepy comedy with an intriguing plot and phenomenal performances. Check out the details in my parents guide movie review. 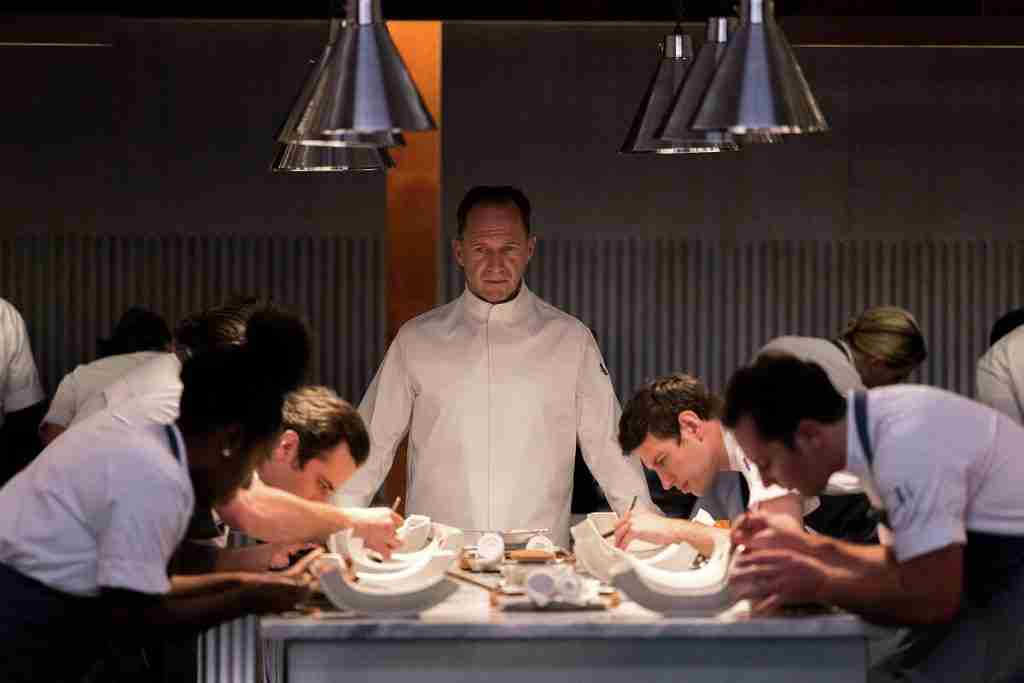 The Menu dropped in theaters across the nation yesterday, November 18th. The film has a huge cast of talented actors, including Ralph Fiennes, Anya Taylor-Joy, Nicholas Hoult, and John Leguizamo, and centers around a famous chef who holds private dinners on his remote island. The humor is dark and the story is creepy, yet this intriguing plot will have viewers enthralled from the very beginning. Check out the details in my parents guide movie review.

In The Menu: The film, penned by Will Tracy and Seth Reiss, “focuses on a young couple who visits an exclusive destination restaurant on a remote island where the acclaimed chef has prepared a lavish tasting menu, along with some shocking surprise.”Deadline notes, “Fiennes plays the world-class chef who sets it all up and adds some unexpected ingredients to the menu planned. The action follows one particular A-list couple that takes part. I’ve heard Stone will play half of that couple.” 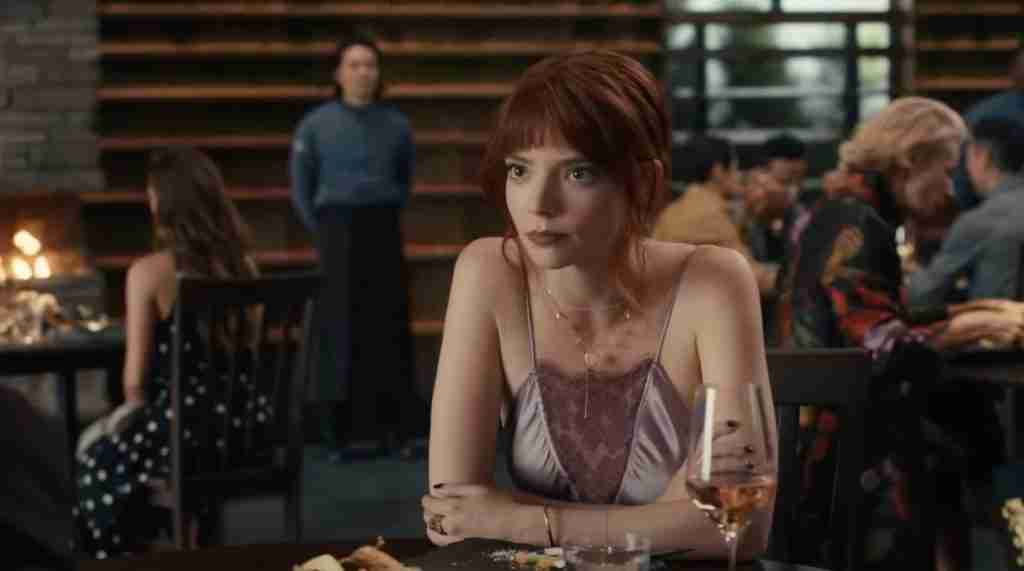 Let’s take a look at what parents need to know before letting their kids watch The Menu.

Mature Content: The biggest concern for parents in the film is the violence it contains. Characters are shown committing suicide by shooting themselves in the head, in hand-to-hand combat, hanging themselves, having their finger cut off, or stabbing someone in the neck with a knife. There is a huge fire that results in deaths. Characters are also shown smoking cigarettes and consuming alcoholic beverages.

The Menu is full of intrigue from the very start, as customers are boated to a remote island for a dinner with a famous chef who carefully chooses the menu as a dining experience. Something about the island, the staff, and the food itself doesn’t seem right, as do those attending the highly priced dinner at $1250 a head. The whole concept seems a bit ridiculous; however, it is this absurdity that is so fascinating and comical. At first, audiences may be led to believe this film is scary, if not even in the horror genre, but in all honesty, it is more of a psychological thriller than a horror film.

The cast of The Menu is phenomenal; each delivers a strong performance, and everyone has their moment to shine. Ralph Fiennes plays Chef Julian, who invokes a chill down the spine with a simple stare and commands the room with a simple clap of his hands. Fiennes gives his character purpose and a bit of humanity, despite those circumstances, and his portrayal shows complete restraint, as he could have taken the character over the top, but it is his simpleness that makes his character so powerful. The chemistry Fiennes has with co-star Anya Taylor-Joy aids in the intensity of the film, as he is such a domineering figure and she exudes a strength and powerfulness that are absent from the rest of the cast. The scenes the two share together will suck the air right out of the room.

The Menu‘s theme of “givers” and “takers” seems relevant in such a self-centered world, where the rich are getting richer and those left behind and needing assistance are considered “lazy.” Since the pandemic has left a worker shortage in the country, and many of those shortages are in the service industry, it has revealed a huge problem that has been known to those in the field for a very long time. People are just not nice to those in service, such as kitchen staff, wait staff, and the like. There is even a line in the film where a diner states, “You’re the customer; they are here to serve you,” and it is that thinking that is at the center of the problem. We expected to be served; after all, they are called service workers, and when you are served, it is easy to look down on those people. The Menu delves into the minds of those affected by this thinking as well as those who may be considered higher-class individuals, but reveals the darkness that they harbor within them. 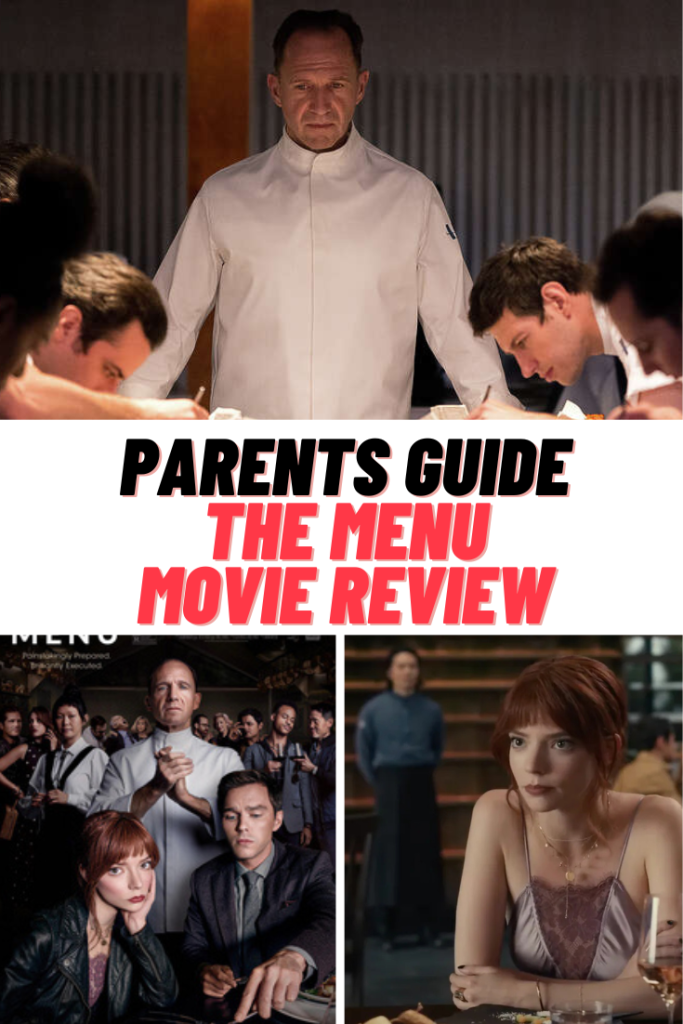