Weird: The Al Yankovic Story is absolutely hilarious and even more weird than one would expect. Check out the details in my parents guide movie review. 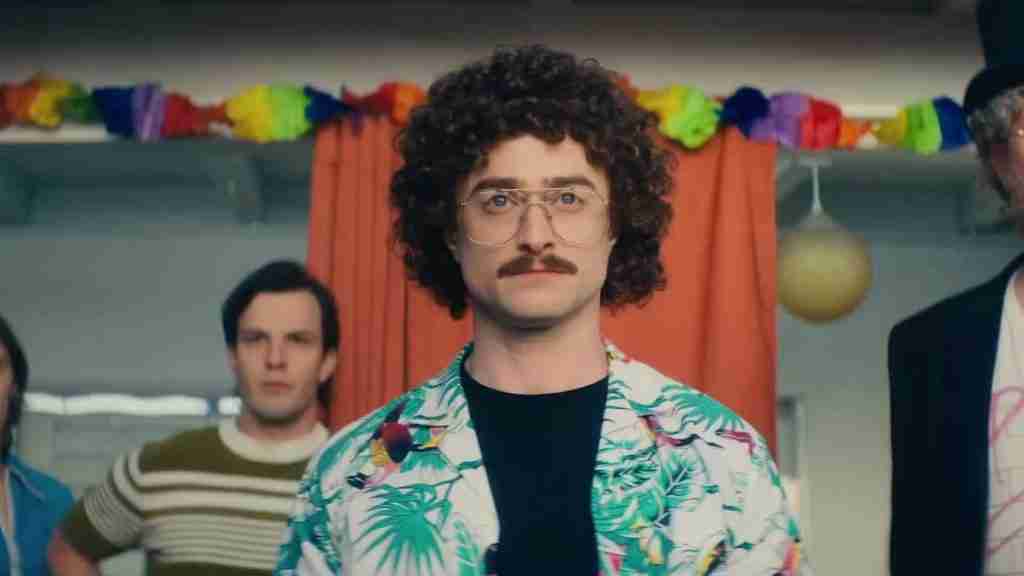 Weird The Al Yankovic Story dropped on the Roku app yesterday, November 4th. Don’t let the title fool you; much like Al Yankovic’s career, the film is a parody of sorts and takes details of his life, giving them an outrageous and far-fetched take on him. Starring Daniel Radcliffe as Yankovic and Evan Rachel Wood as Madonna, this not-so-much biopic is a hilarious and entertaining watch. Check out the details in my parents guide movie review.

In Weird: The Al Yankovic Story: The unexaggerated true story about the greatest musician of our time. From a conventional upbringing where playing the accordion was a sin, “Weird Al” Yankovic rebels and makes his dream of changing the words to world-renowned songs come true. An instant success and sex symbol, Al lives an excessive lifestyle and pursues an infamous romance that nearly destroys him.

Let’s take a look at what parents need to know before letting their kids watch Weird: The Al Yankovic Story.

Mature Content: The biggest lookout in the film is some of the mature content that revolves around drugs, alcohol, and violence. Characters are shown in hand-to-hand combat; a salesman gets his face punched and bloodied; there are scenes that include guns and shootings of other characters; and there is a scene that shows a face melting off. Alcohol is shown throughout the film, and a character becomes addicted to it. Also shown are drugs, and this character accidentally takes LSD and proceeds to hallucinate. There is a scene where characters make out, with implied sex as the couple smokes a cigarette in bed together afterwards.

Weird: The Al Yankovic Story is as unique as the artist himself. To expect this film to be a straight-up biopic will be a letdown. Likewise, expecting it to be a straight-up parody biopic ala Walk Hard: The Dewey Cox Story will also miss the point. It is both, but also something entirely else. Deftly played by Daniel Radcliffe, the titular character discovers a love for the accordion and changing lyrics to popular songs as a young teen, but has his dreams thwarted by a less than enthused father. There is a stalwart supporting cast in the mix as well, including Rainn Wilson as Dr. Dimento, Jack Black as Wolfman Jack, and Evan Rachel Wood as Madonna, and features other famous folk from the time period played by current famous folk.

The story plays as a biopic, a parody of itself, and also parodies other parodies as well. Just how much of this is true is left up to the viewer. Knowing that Al Yankovic actually had a hand in this movie is to know that there will be comedy at almost every turn, but where does the truth end and the stretched “truth” begin? At first, it seemed harmless enough as the origin story of one of the most gifted and comedic minds that music has ever seen. But before you know it, the film begins to purport things that may even have those that are old enough to have lived through the 80’s questioning whether or not it actually happened that way. It uses The Mandela Effect, whether intentional or not, to great effect throughout Al’s meteoric rise to fame and subsequent relationships. At some point, however, the jig is up, and it becomes quite clear that not everything is realistic, but by then viewers will not care, because they will discover what a good time they are having being entertained by it.

This is the magic of Weird: The Al Yankovic Story. But honestly, how could it be any other way? Yes, it is a self-aggrandizing account of his story, but to make it a mere biopic about the man’s life would be to do him a disservice. This movie is just as wacky and preposterous as the star himself, but never to the point where you lose interest. It flirts with going off the rails but chooses to remain on the tracks, although the beauty of the ride is not knowing where those tracks will lead in the end. 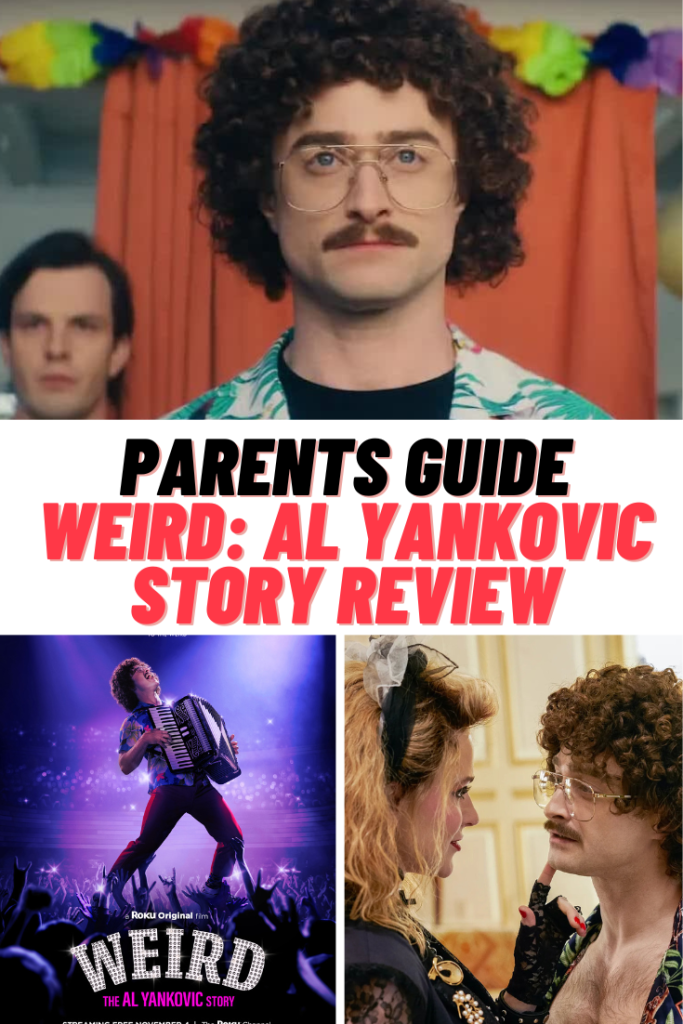