Puss in Boots: The Last Wish is darker than the original, but it still has the charm and wit that make it a purrrrrfect sequel. Check out the details in my parents guide movie review. 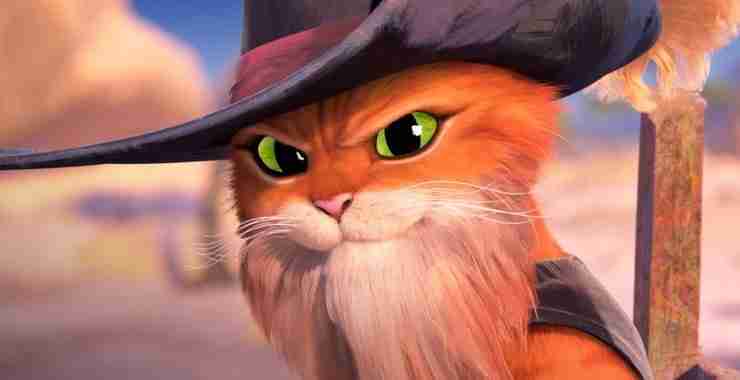 Puss in Boots: The Last Wish drops in theaters tomorrow, December 21st. The sequel comes after 10 years since the original Puss in Boots film was released, which was a spin-off of one of the favorite characters in Shrek. For this dark but still hilarious sequel, Antonio Banderas returns to the franchise as Puss, joined by Salma Hayek as Kitty Softpaws. Check out all the details in my parents guide movie review.

In Puss in Boot: The Last Wish: This fall, everyone’s favorite leche-loving, swashbuckling, fear-defying feline returns. For the first time in more than a decade, DreamWorks Animation presents a new adventure in the Shrek universe as daring outlaw Puss in Boots discovers that his passion for peril and disregard for safety have taken their toll. Puss has burned through eight of his nine lives, though he lost count along the way. Getting those lives back will send Puss in Boots on his grandest quest yet. Academy Award® nominee Antonio Banderas returns as the voice of the notorious PiB as he embarks on an epic journey into the Black Forest to find the mythical Wishing Star and restore his lost lives. But with only one life left, Puss will have to humble himself and ask for help from his former partner and nemesis: the captivating Kitty Soft Paws (Oscar® nominee Salma Hayek). In their quest, Puss and Kitty will be aided–against their better judgment–by a ratty, chatty, relentlessly cheerful mutt, Perro (Harvey Guillén, What We Do in the Shadows). Together, our trio of heroes will have to stay one step ahead of Goldilocks (Oscar® nominee Florence Pugh, Black Widow) and the Three Bears Crime Family, “Big” Jack Horner (Emmy winner John Mulaney, Big Mouth) and terrifying bounty hunter, The Big Bad Wolf (Wagner Moura, Narcos). 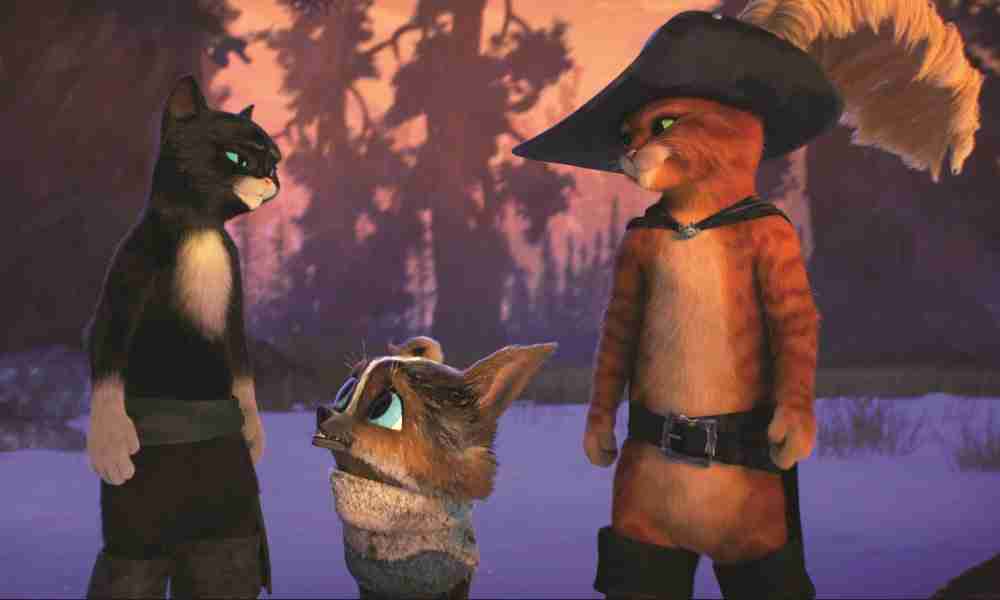 Let’s take a look at what parents need to know before letting their kids watch Puss in Boots: The Last Wish.

Language: Puss in Boots: The Last Wish contains mild language, but there is still some profanity that parents need to be made aware of. Lookout words include: hell, stupid, idiot, jerk, creep, butt nugget, and phrases like “shut up.” There is also a scene in which a character says “bull…. and the next word is bleeped, but the word sh*t is implied. One particular scene has a character going on a rant with plenty of bleeps, which implies cursing, and the rant ends with potty humor, where the character says “fart” and “poop.”

Mature Content: This sequel goes dark, as characters are shown fighting, wielding swords, using magic, and regularly dying. It is centered around the nine lives of Puss in Boots, so it talks about his many deaths. There are disturbing death scenes that show a character turned to gold, and even a scene that has a character eaten by a magical flower, chomping on the character and leaving their skeleton remains. A new character has a very sad story of being abandoned and an attempted drowning. A “death” character that is chasing Puss could be frightening to a young audience.

One of the best parts about the new film, Puss in Boots: The Last Wish, is the visuals and unique style of animation that are incorporated into the movie. This sequel consists of 3D animation, with a switch to 2D animation during many of the action sequences, which works well for the fast-moving scenes. The 2D animation style may remind some viewers of the animation used in films like Spider-Man: Into the Spiderverse, with vibrant colors and a “trippy” look that gives it a comic book-like feel that resembles storybook illustrations. The result is a feast for the eyes! In saying this, some photosensitive viewers may want to proceed with caution.

The story itself in Puss in Boots: The Last Wish is much darker than the original, as the plot is centered around death and a character named Death is constantly chasing Puss. Many scenes in the film may frighten a younger audience and bring up some hard discussions, as well as questions revolving around death being final, since the main character has many lives to burn through. There are also some dark discussions about one new character who was orphaned at a young age because of an attempted drowning, which the character goes into detail about. These scenes could be very triggering, even for an older audience.

Antonio Banderas and Salma Hayek return to the franchise, voicing Puss and Kitty Softpaws. The duo eases back into their roles as if they were voicing the characters yesterday, without a 10-year gap. They have always had great chemistry together, with fun banter and quips that bring their animated counterparts to life. Newcomer Florence Pugh joins the Puss in Boots: The Last Wish cast, voicing a sassy yet lovable Goldilocks. John Mulaney, who voices Jack Horner, gives a standout performance in the film, bringing both laughs and menace to such a fun and silly take on the character.

Puss in Boots: The Last Wish wouldn’t be a Puss in Boots film without the comedy, which this sequel has plenty of. Surprisingly, this sequel combines comedy with a healthy dose of heart. The biggest upgrade to this movie is the animation style, which really pops and sets it apart from many other standard 3D animated films. This sequel contains some more adult themes that may confuse young children, and it is heavier on them than its predecessor, but it is still a fitting return for our favorite feline, and it may serve as a connecting film for a second sequel that could bookend this series with aplomb. 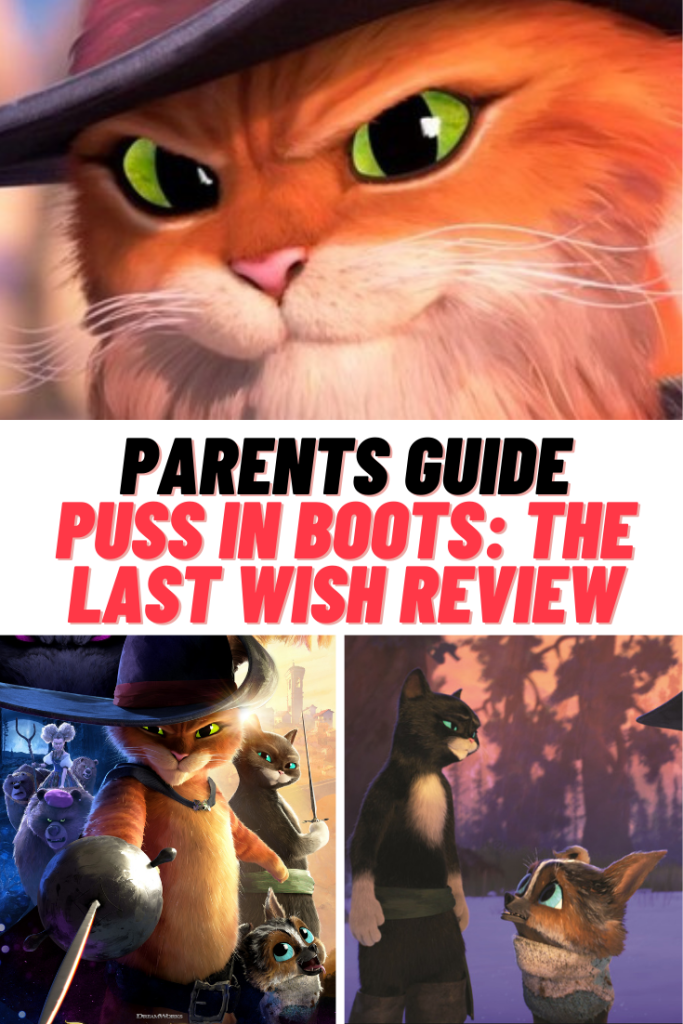