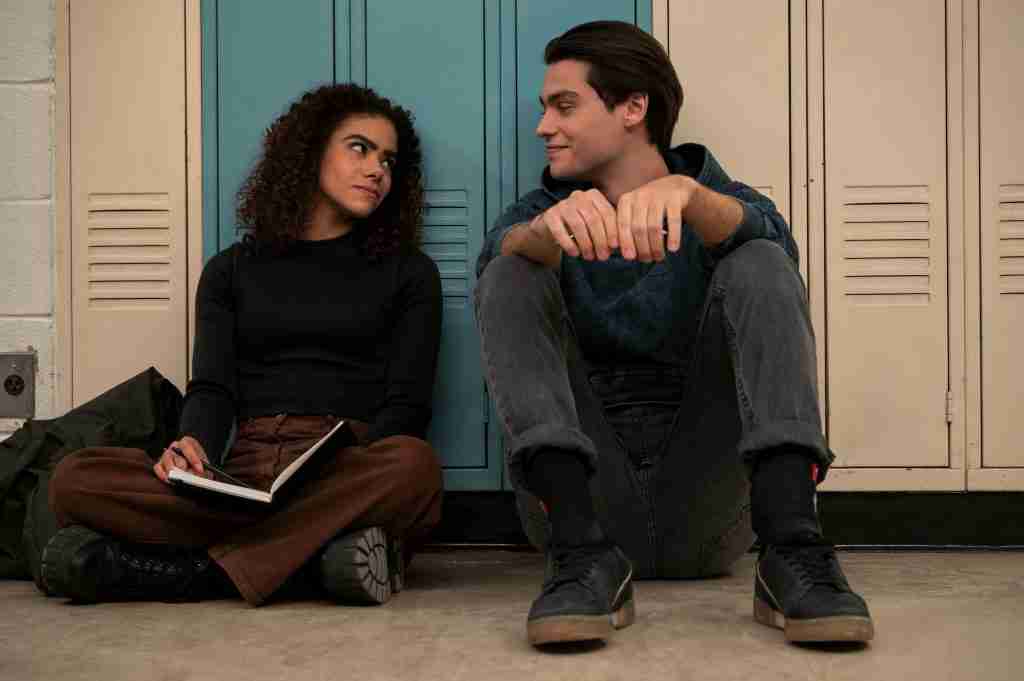 Netflix’s Ginny & Georgia season 2 drops on the streaming service this Thursday, January 5th. In celebration of the release of the long-awaited sequel, I had the opportunity to interview some of the cast of the series, including Felix Mallard, who plays Ginny’s love interest Marcus, along with Marcus‘ twin sister Maxine, who is played by Sara Waisglass. In season 1, viewers came to know Marcus as the “bad boy” next-door neighbor who is dealing with the recent death of his best friend. He reveals to Ginny how “dark” it got after the deaths of his friends as they discuss her self-harm; however, this new season, the series delves further as Marcus deals with depression. Felix Mallard discusses what it was like to go to the dark place as Marcus deals with depression in Ginny & Georgia season 2.

Check out the entire interview with Felix Mallard and Sara Waisglass as they discuss Ginny & Georgia season 2 below.

In season 2 of Netflix’s popular series Ginny & Georgia, audiences will see Ginny’s love interest Marcus, played by Felix Mallard, deal with depression. Marcus has previously discussed the “dark place” he went after the death of his best friend the year prior to Ginny’s arrival into town; however, this season, viewers will watch as Marcus struggles with being back in the “room where depression lives.” When asked about going to this dark place, Felix Mallard says, “I think it is important to show young men it is okay to struggle.” He goes on to explain, “Hopefully, it is reflected truthfully, and you can see it and feel validated. It was certainly validating for me to evaluate all those things and to look at how I was when I was 15. How angry I was. How upset I was. To kind of go back to my 15 year-old self, talk to that little boy, and kind of figure out what makes him tick. And to take that experience and show it truthfully on screen. It’s a challenge.”

Mallard admits going to that dark place takes its toll, admitting, “It’s certainly hard to be going that deep, and your body doesn’t really know the difference. It is important to go home and wash it off, find a way to compartmentalize, but it’s hard.” Despite how emotionally and physically taxing it was for Mallard to play Marcus this season, he says, “I was just honored that they gave Marcus that storyline and showed how he ticks inside.“