Netflix’s My Dad The Bounty Hunter drops on the streaming service next month, on February 9. The new animated sci-fi series comes from the minds of creators Everett Downing Jr. (Hair Love) and Patrick Harpin (Hotel Transylvania 2 and 3). During a recent interview with the duo, both Downing and Harpin shared that many of the characters in the new series reflect people in their own lives, even featuring a character with a tick. Check out more details from My Dad the Bounty Hunter interview with Everett Downing Jr. and Patrick Harpin, where they discuss the character with a tick and more.

If you enjoyed this My Dad the Bounty Hunter interview, check out these other articles: ABC’s The Parent Test interview with hosts, Ginny & Georgia season 2 Marcus deals with depression, Guillermo del Torro’s Pinocchio Easter Eggs.

My Dad The Bounty Hunter Features A Character With Tick

My Dad the Bounty Hunter co-creator and animation artist, Everett Downing Jr., shares that he has a child with a tick, and creating a character that reflects those struggles was very important to him. He states, “For me, it was important because to just see awareness is good. I also wanted to show a different type of courage, so my daughter could watch it and feel like she can be courageous no matter what’s going on.” While working on the series, he was surprised to find out supervising director Kenji Ono also has a child that struggles with ticks, which had him super invested in the storyline as well. Downing goes on to say, “It’s just an important thing; the more you can shine a light on these types of things and show it’s a normal thing kids can go through, the better. Sometimes they lose it, sometimes they don’t. We’re not supposed to talk about it or bring it up when you’re in that person’s presence. But when they see themselves, it kind of gives them that extra strength, and it normalizes it for them.“

Watch the full interview with My Dad the Bounty Hunter creators Everett Downing Jr. and Patrick Harpin above. 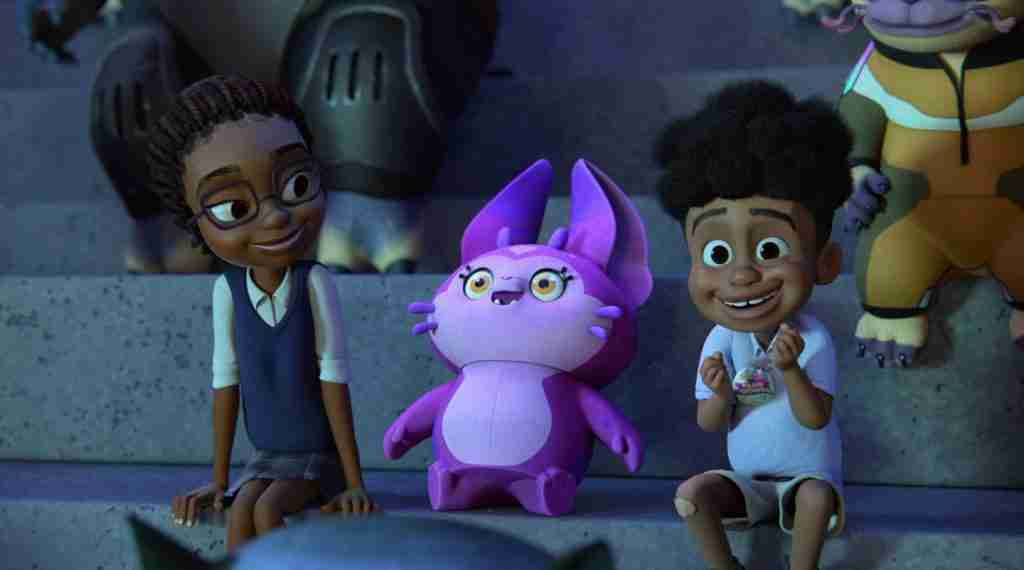 About My Dad The Bounty Hunter

Close-knit siblings Lisa and Sean stow away on their dad’s latest work trip, hoping to finally get some quality time together. Little do they know Dad’s been keeping a secret from them — he’s actually the toughest bounty hunter in the galaxy! Launched into the surprise space adventure of a lifetime, Lisa and Sean discover that their seemingly average dad’s job is anything but boring…

My Dad The Bounty Hunter comes to Netflix on February 9th!