Peacock’s Poker Face hits the entertainment jackpot with a fun, entertaining murder mystery extravaganza. Check out the details in my parents guide review.

Peacock’s Poker Face drops its first four episodes on the streaming service tomorrow, January 26th. The detective show stars Natasha Lyonne (Orange is the New Black), who plays the human lie detector Charlie, who is on the run for her life, traveling the country in hiding, and solving murders along the way. The series was written and directed by Rian Johnson, who is also the creator behind the highly successful and entertaining films Knives Out and Glass Onion: A Knives Out Mystery. Check out all the details in my parents guide review.

Peacock’s Poker Face is a 10-episode mystery-of-the-week series following Natasha Lyonne’s Charlie, who has an extraordinary ability to determine when someone is lying. She hits the road with her Plymouth Barracuda and with every stop encounters a new cast of characters and strange crimes she can’t help but solve. 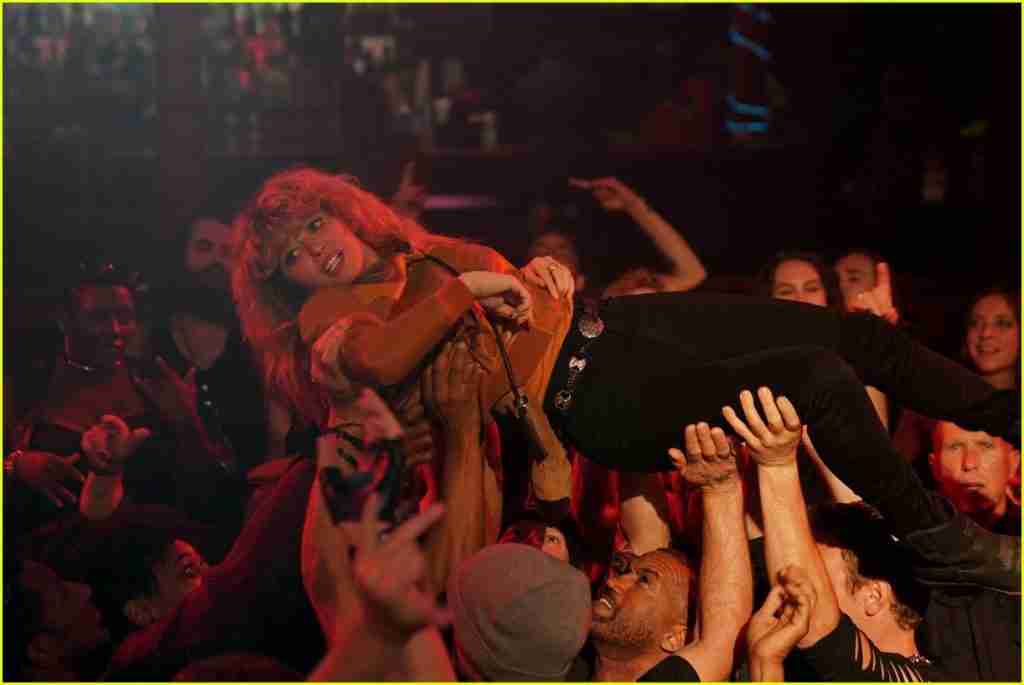 Let’s take a look at what parents need to know before letting their kids watch Peacock’s Poker Face.

Violence: Other than the language, the other big concern for parents in the series is the violence it contains. The series centers around murders, so scenes include showing these murders as characters are shot in the head, pushed off the roof, electrocuted, and poisoned. There are also some scenes that may be triggering for some viewers, such as those that show old ladies in an all-out brawl and an attempted murder by explosion.

***This review was given after the author watched six episodes of the series.

Peacock’s Poker Face is a 10-episode mystery-of-the-week series that stars Natasha Lyonne (Orange is the New Black), who plays the human lie detector Charlie, as she travels around the country on the run, solving murders along the way. Each episode in the series has Charlie in a different location, with a new mystery to solve and an entirely new cast, allowing for the opportunity for many guest stars, which the series takes advantage of. Some of the guest appearances include Adrien Brody, Chloë Sevigny, Hong Chau, Joseph Gordon-Levitt, Judith Light, and Rhea Perlman. This star-studded guest appearance allows for Lyonne to not only showcase her immense talent as she skillfully interacts with each actor in a genuine and natural performance, but it also allows for each actor to shine on their own as the episode centers around them. Director Rian Johnson (Knives Out) utilizes the ensemble cast and understands how to use each of these star-powered talents to their full potential. In return, the actors do not disappoint, visibly giving it their all for their respective parts.

Peacock’s Poker Face was written and directed by Rian Johnson, who is masterful at these sorts of murder mysteries, as most notably shown in his films Knives Out and Glass Onion: A Knives Out Mystery. Johnson is not new to the television realm, having directed episodes of Breaking Bad; however, this is his first series creation, and it only makes sense that he sticks to this familiar formula, one that has brought him huge success. To ensure his show is a triumph, Johnson enlists long-time collaborators such as cinematographer Steve Yedlin, editor Bob Ducsay, and his cousin, composer Nathan Johnson, to ensure the series looks as beautiful as it is interesting.

Peacock’s Poker Face doesn’t follow the traditional murder mystery formula, however, and it has a very Columbo-esque style. With each episode, viewers are introduced to a new mystery to solve, consisting of new unique characters, that is all held together by a central story line that viewers are introduced to in episode one. Each new murder mystery introduced never overstays its welcome, and many times, viewers are left wanting more as Charlie takes off for her next destination. Although the show has all the makings of a successful series, it is Lyonne who carries each episode, making it believable and entertaining. She is crass and quirky, with a genuine honesty that embodies the character. Lyonne is the friend you never get tired of hanging out with, and since she is the central character in every episode, viewers, in fact, get to hang out with her with a whole new set of characters over the entire series.

Peacock’s Poker Face is the kind of show best left with a bit of mystery surrounding it, considering it is a murder mystery series. Therefore, specifics of the shows will be left out of this review so audiences can fully experience their superb viewing on their own. However, this is one not to be missed. It has a clever script, a phenomenally talented cast, and filmmakers that are at the top of their craft when it comes to this sort of storytelling. So long as the writing stays on par with this first season, and assuming it will be a hit, I would imagine more A-list celebrities would be dying to sign up for an episode for the subsequent season. Everyone, it seems, loves a mystery to solve as it is seen as an accomplishment vs. just watching a regular show, and from what I have seen, Peacock’s Poker Face is quite the accomplishment. 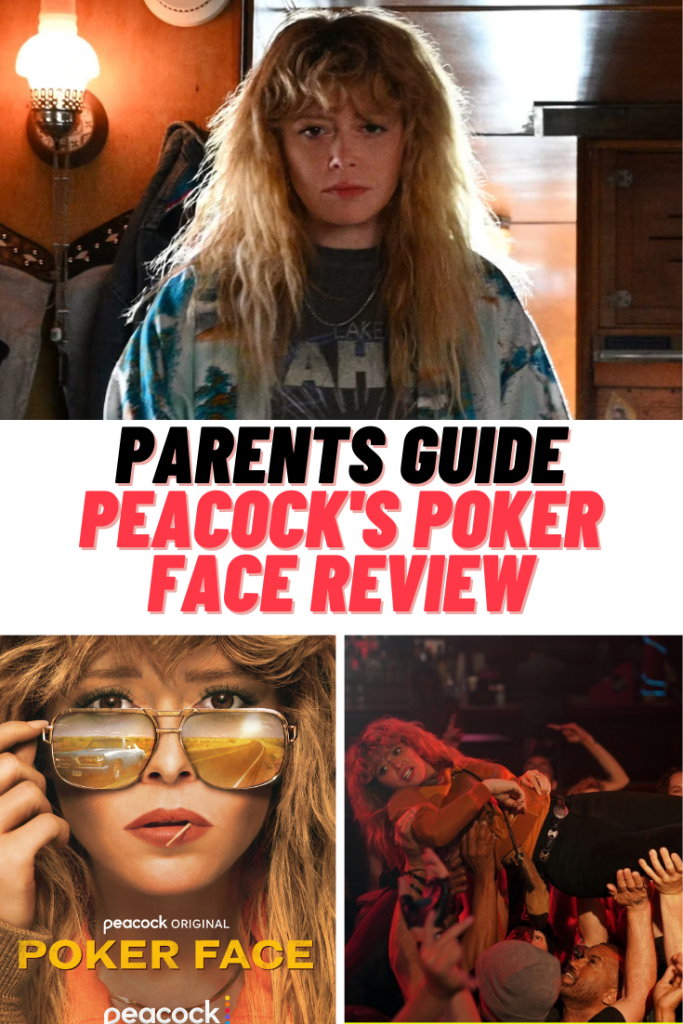