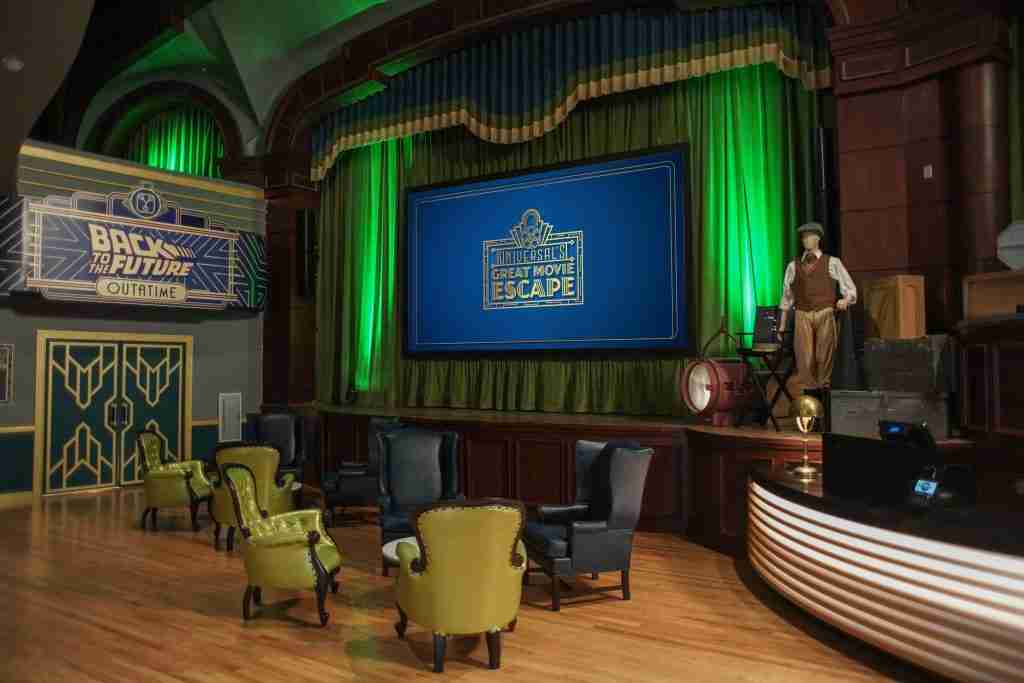 Universal Orlando’s Great Movie Escape Room has now been open a little over a month at the amazing location of Universal’s CityWalk. The escape room features two rooms, both themed after the classic films Jurassic Park and Back to the Future. The rooms were designed by the brains behind Halloween Horror Nights, which is known for having “brilliant, imaginative sets and elaborate themes” based on reviews. Last weekend, I booked the Great Movie Escape Back to the Future room at Universal’s Orlando with a group of friends and have all the details to share in this review!

As someone who absolutely loves escape rooms and jumps at the chance to gather other escape room-loving friends to try out new rooms, I was looking forward to Universal’s Orlando Great Escape Room. Being a huge movie buff, an escape room themed after beloved classic movies such as Back to the Future and Jurassic Park made the high price of $49.99 ($59.99 after 6 p.m.) seem worth the cost. Boy, was I wrong. 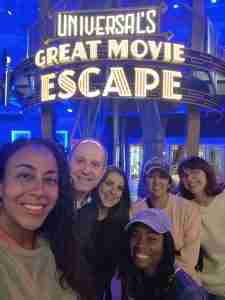 As stated above, my friends and I absolutely love the thrill of an escape room, watching the clock tick down as the group works together to solve puzzles, trying to escape the room before the clock strikes 0:00. So when we were about to enter the Great Escape Room, which was Back to the Future themed, and the workers told us to “forget everything you know about escape rooms,” it was the first red flag that we were in for a bad time. The worker went on to describe what we were about to get ourselves into: an escape room where people don’t escape rooms but rather solve puzzles, and at the end of the experience, our score is based on the number of puzzles solved. In other words, this “great escape room” is not an escape room at all; it’s a fake escape.

Being the troopers we are—those who love a good competition—we entered the room with excitement and were ready to solve all the puzzles. Speaking of the puzzles, before we entered the room, we were told the Back to the Future room contained six rooms with 15 puzzles to solve. This was immediately followed up with “no one has ever solved all 15 puzzles.” In fact, the average number of puzzles people solve is around half that amount, 6-7. This didn’t deter our group, we were going to be the first to solve all the puzzles and head in with full confidence. We enter the room and meet our virtual guide Niko, who appears in each room to begin each one with a short spiel and to provide hints throughout the experience.

The rooms themselves feel very “real,” and the technology in them seems legit; one wouldn’t guess otherwise with the Universal name on it. Unlike traditional escape rooms, where patrons search around for clues to certain puzzles in order to escape, all clues in this experience are given through Niko, so searching for other clues than the one you are instructed on is fruitless. The first room had us literally just pushing buttons in a certain sequence to solve the clue, which we weren’t even sure we got correctly or not. Since the door opened, however, it would open regardless if we solved the puzzle or not, as they are timed, and one must move on to the next room no matter if the puzzles in the first room were solved. 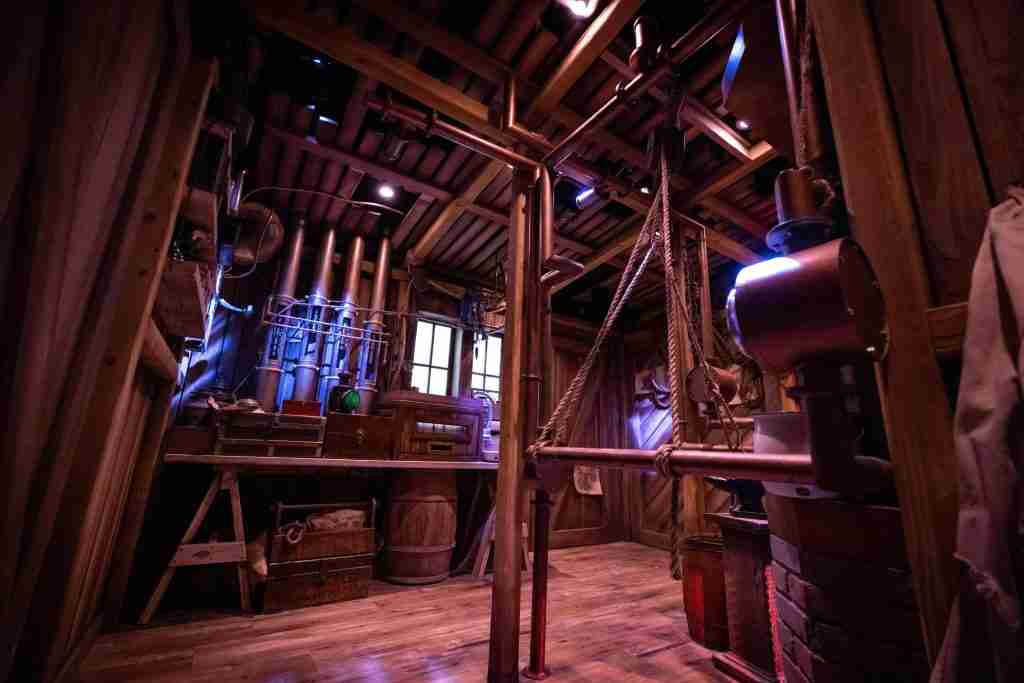 The second room we entered was an old-timey room with pipes and ropes connecting to the pipes. We were blasted into the far past, back into the 1800s. Niko’s voice is heard once more, and she gives the attendees a little spiel before sending them off to solve the clues. Keep in mind the experience runs a little over an hour, with Back to the Future containing six rooms in total, which gives attendees around 10 minutes in each room to solve clues. However, after Niko gives her introduction into each room and constantly interrupts to give clues throughout, this leaves around 8 minutes to solve the puzzles in the room. Along with not being given much time in each room, loud sounds, music, and interruptions leave no time for actual communication between each other or even time to think. The second room was a complete failure and a bundle of confusion.

We entered the third room, ready to get our act together. We figured we got the hang of how this experience works, shook off the failure of the last room, and were ready to turn things around. The third room was more lively, with a diner setting and music playing (way too loud, making it hard to hear both Niko and each other), but after we solved the first two clues in the room, our confidence gained a huge boost, and while working on the third clue, our time was up. What a bummer, considering we were starting to make progress on the third and knew what we had to do to complete it.

The next room put us back in The Enchantment Under the Sea Dance scene from the film, and after the confidence boost in the last room, we were off to a great start. The big problem in this room, which has now become a recurring problem, is that the music and background noise are so loud that, once again, it is hard to hear Niko and each other. Despite this, we were making progress, albeit slowly, and the main factor holding us back was the inability to hear over the loud background music. This became so frustrating that one of the members of our group walked out. The rest of the group kept at it, and we almost had the puzzle we were working on complete, but time ran out and Niko informed us “they” had found what they were looking for and we could move on. For those who enjoy the challenge of the escape and solving puzzles, this is extremely frustrating and dissatisfying, with an unfinished puzzle that was JUST about to be solved interrupted. An example of the feeling is when one is in an actual escape room with time running out and they are trying to finish up the last puzzle, only to run out of time at the last moment, creating that sense of incompleteness. This feeling was felt in every single room; it felt incomplete and totally frustrating. The rest of the rooms followed the same sort of pattern.

Not An Escape Room – More of an Immersion Experience

For those looking for an escape room experience, look elsewhere, as the area has many real escape rooms to choose from. Universal’s Orlando Great Escape Room is not an escape room at all; it is completely false advertising. It is more like an immersion experience with some puzzles to solve along the way; however, it is cool if you don’t solve the puzzles, as the score pretty much seems meaningless. The entire setup is designed to move people quickly in a cattle-style movement. When my friend checked out early, they left the rooms through the same doors we had previously gone through, and two rooms down, they ran into another group. So, the rooms are timed to get people moving so that another group can quickly start, allowing for more groups to go through the rooms. This set-up is great for making money, but it makes the entire experience completely unpleasant.

To top it all off, the price wasn’t cheap! Compared to a normal escape room, after-tax attendees are probably paying almost double the price than if they would’ve attended a traditional escape room and gotten so much more enjoyment out of it. For those looking for just an immersion experience, the rooms truly immerse one in that sort of experience, and I can see someone enjoying it if those are their expectations. But to call this an escape room and for those looking for a traditional escape room challenge, save your money, because this fake escape will just serve to completely disappoint. 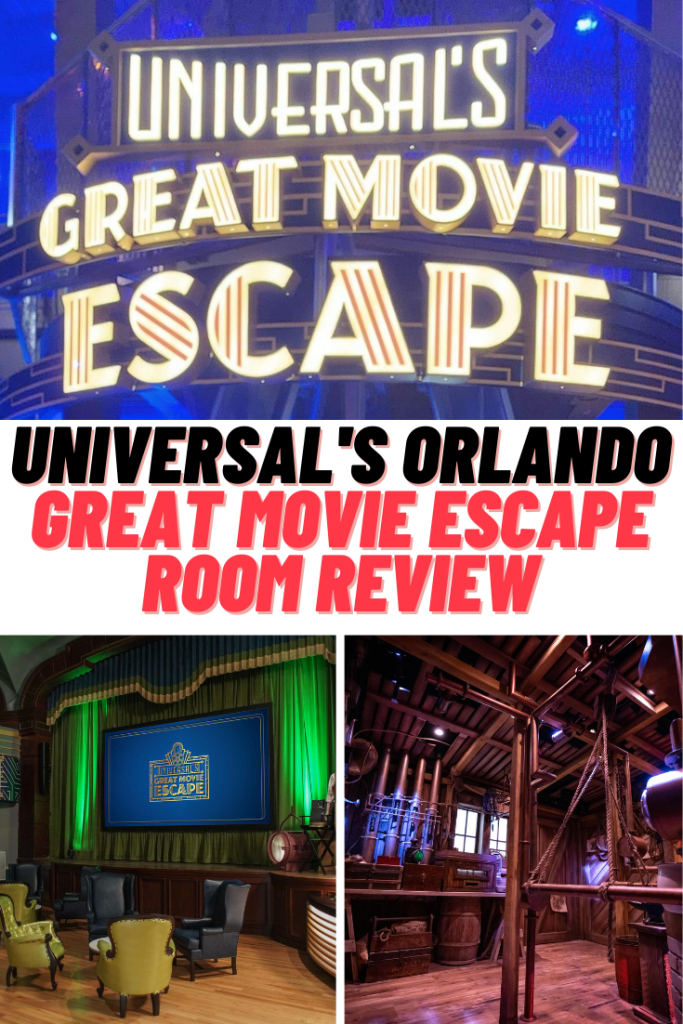