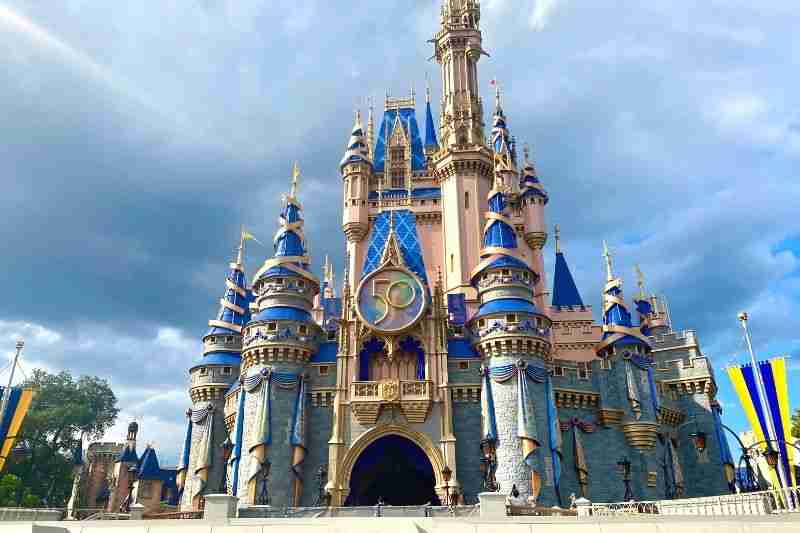 Back in June of 2021, I visited both Universal and Disney World Parks, Animal Kingdom and Hollywood Studios to be exact. Granted, at the time, the world was still a bit on edge as far as COVID, and the parks were far less crowded than pre-pandemic. However, I was already beginning to see the signs of the loss of magic at the Disney World Parks, and in fact, I was preferring many of the features Universal offered over Disney World. Fast forward to the first week of April 2022, when I returned to Orlando to use my Universal season pass and visit the other two Disney World Parks, Epcot and Magic Kingdom. It has been ten months since my last visit, and the world is in a very different place as far as COVID is concerned, and so are the Disney World Parks. With the crowds filling the parks back up, the changes made by Disney during the pandemic are being felt and guests are feeling the loss of that Disney World magic.

Best Disney Movies to Watch Before Going to Disney World

One of the most alluring parts of the Disney World experience is the convenience Disney offers to families, which is most appreciated by larger and/or younger families who find it difficult to travel with young children. One of the conveniences Disney offered guests staying at one of their Disney properties was the Magical Express, which transported visitors from the airport to their Disney property hotel for free. This service was officially discontinued at the beginning of the year and replaced with the Mears Connect, which is much like the Magical Express but with a cost. When using Mears Connect, there are two options: standard and premium. Standard is a shared service in larger vehicles (kind of like the buses) with monitored wait times and a cost of $32 per adult and $27 per child for round trip. Premium is a direct service with a limited wait time and costs $200 for groups of one to four guests, increasing by $55 for each additional guest for groups of 5 or more.

Luckily, I did not have to rely on this new transportation option during my recent trip, since I have friends in the area which happily chauffeured me around (or I might have begged). But this change is definitely a concern if I do consider returning to the parks again in the near future.

One element that Disney World kept from the pandemic-era is the advanced reservation system for the parks. Many guests, especially Disney passholders, have complained about the whole reservation system, which becomes frustrating when trying to plan an extended vacation to Disney World. However, for someone like me who split their time between Disney and Universal, this system sounded like a huge plus. With the parks needing reservations, this gives Disney the opportunity to not overpack them, leading to a more pleasant experience overall, right? Wrong! It is true that this vacation did include a visit to the most popular park at Disney World, the Magic Kingdom, but the crowd seemed to be even more insane considering we visited it on a Monday. This is what you consider limiting the crowds, Disney?! With two-hour ride wait times, 30-minute mobile order pick-up lines, and barely enough room to dodge those dumb bubble blowers you insist on selling, I disagree!

Disney World used to include a service that allowed guests to reserve a “fast pass” time, where they could skip ahead in line to some of their favorite rides at a designated time. They still include these app-based ride reservations, but it comes at a price now. The Genie Plus allows people to tack on $15 in Florida or $20 in California to skip lines on multiple rides, except at the most popular attractions. Another service Disney used to offer for free is now charging guests. Sure, this may seem worth the cost, but considering many guests enjoy the parks with their families, this service adds an additional $60 a day for a family of four. And on top of that, the Genie Plus does not include a fast pass option for certain rides (the most popular rides). For yet ANOTHER fee, guests can purchase an ‘individual Lightning Lanes’ pass to gain access to shorter waits for those desired rides. This Lightning Lanes charge varies depending on how long the line is for that particular ride, but it usually ranges around $10-$15 per visitor per ride, with the higher price being offered at busier times. It seems like Disney is not even trying to hide the fact that they are taking advantage of guests’ wallets at the most vulnerable times in the park. Personally, I refused to buy a Lightning Lane pass during my visit, but don’t think I wasn’t tempted while in that two-hour Seven Dwarfs Mine Train line, surrounded by kids who packed the rock walls, climbing out of boredom. Move those lines, Disney! I need those rocks for an impromptu rest area for my aching feet!

Sure, Genie Plus is much like the system used before by Disney World, only at a cost now, but the new Lightning Lane access has seemed to really screw up the overall wait times for the rides it serves. It may have been a coincidence, but the attractions that included Lightning Lane did not have accurate wait times given for standard entrance. Is this due to the Lightning Lane access? I am going out on a limb by making this argument, considering Lightning Lanes include designated entrance time access, much like Genie Plus, and are limited throughout the day. However, many guests, including myself, have noticed this unreliability in standard wait times. You aren’t spreading magic, Disney, when you rope off the line for a good 5 minutes after guests have been waiting for over an hour and a half to let in a huge group of Lightning Lane guests who just walked up. All you are doing is giving these guests time to decide where they want to shove your magic.

Perhaps the one big problem plaguing Disney World as of late is the lack of cast members. For safety reasons during the pandemic, the finger-print requirement while entering the parks was eliminated. Now that things are returning to normal, Disney has added this back at the entrance gates. It is understandable why Disney chooses to include this, because people can easily use each other’s passes to gain entrance. However, if you are a frequent visitor to the parks, you are aware of how easily the finger-print addition becomes wonky, and many times, guests require extra assistance when entering, which slows down the line. This wouldn’t be such a concern if Disney World had enough cast members to handle these issues in a timely matter, but it doesn’t, and the shortfall in staff there is noticeable throughout the day.

As far as entering the parks is concerned, I will give credit where credit is due. For those carrying a bag into the park, there is no longer a mandatory bag check line. Instead, guests walk through an advanced metal detector contraption, and they only have to stop for a bag check if they set off the detector. I did not set off this detector, even though my bag contained a backup battery charger, sun glasses, and much more.

Disney has also included features like mobile ordering to combat some of these staffing issues, but when these services aren’t utilized correctly by Disney, it doesn’t help in offering a more pleasant experience. Consider this example: I placed a mobile order for a Dole Whip, and the app stated I should pick up my order. However, when I arrived to pick up my order, the mobile line was longer than the line I could have used to make a standard order. What was holding up the mobile order line? They had two cast members behind the counter trying to keep up with the demand. Two!

Disney is trying to speed up the process for many guests by having everything done on their app now, but talk about a battery drain! Sure, my pack didn’t set off that metal detector on entrance, but all the magic in the world wasn’t helping the back pain from my weighted down bag carrying all the chargers in our group. And do we really need a reason to be on our phones MORE, Disney? Walt would not approve. 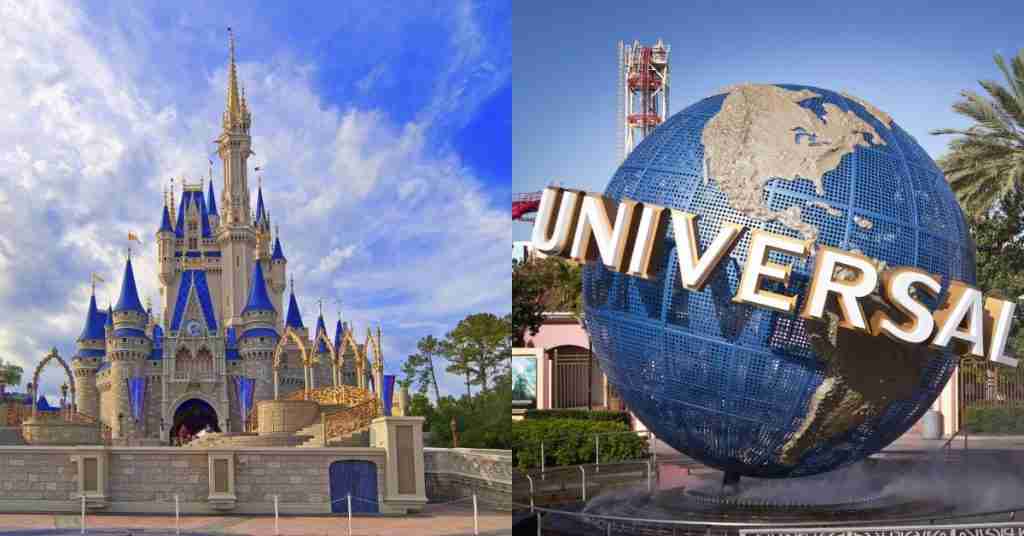 Is Disney World Worth The Rising Costs?

Disney World ticket prices haven’t changed since 2019, but that doesn’t mean the cost of visiting Disney hasn’t changed. The cheapest room at a resort is at Disney World’s Pop Century Resort, which rose from $95 in 2013 to $168 this year. While the cost additions like the Genie Plus and Lightning Lanes are optional features, if a guest wants to make the most of their day at Disney, these features seem to be a must-have now, especially if guests want to get on their favorite rides that day.

If you are on the outside looking in, it is easy to say these additional costs are not a big deal considering they’re not effecting attendance, which is true for now. But will it last? During the pandemic, when many were stuck at home and all travel was put on hold, thoughts of returning to magical destinations like Disney World were a light at the end of the pandemic tunnel. Now that the world has pretty much returned to normal, those Disney World trips are being taken despite the rise in costs because the price was always worth the “magic.” However, once these same guests visit and notice the loss of magic for themselves, it is hard to say if it will warrant a return visit. Especially when Universal is right around the corner, offers a better value (more to come on that), and comes with its own magic in the form of a boy named Harry.