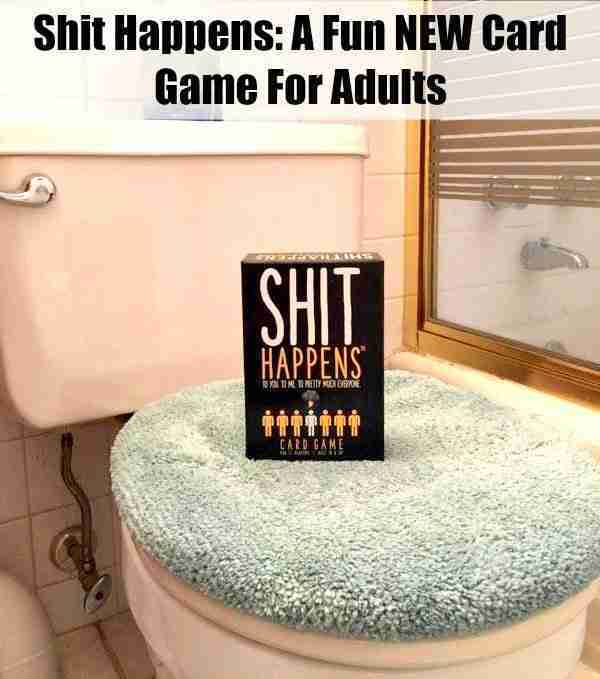 Shit Happens: A fun new card game for adults which is based off the game The Misery Index.  If you love inappropriate card games & lots of laughter, Shit Happens is the game for you!

Shit Happens.  For me, it usually happens every morning after my first cup of coffee.  They do say coffee is a great stimulant which aids in bowel movements.  I am pretty “regular” like that, except when I am not.  Shit can also happen at the most inappropriate times.  True story.  I was 8 months pregnant, on my way to work, stuck in traffic due to a huge snow storm.  I can’t blame the coffee, I didn’t drink coffee while pregnant but all of a sudden; I had to move my bowel and I had to move it FAST!  Needless to say, I was unable to exit the Interstate and Shit Happened, in my pants.

This post was written many moons ago and since then, a popular game has now come to the Game Show Channel called The Misery Index. When I first watched The Misery Index on television, I yelled “I know this game!  This is exactly the game we play called Sh*t Happens!”  I guess it makes since to change the name, since we can’t use the “poop” word on TV but seriously, it is exactly the same game as this! 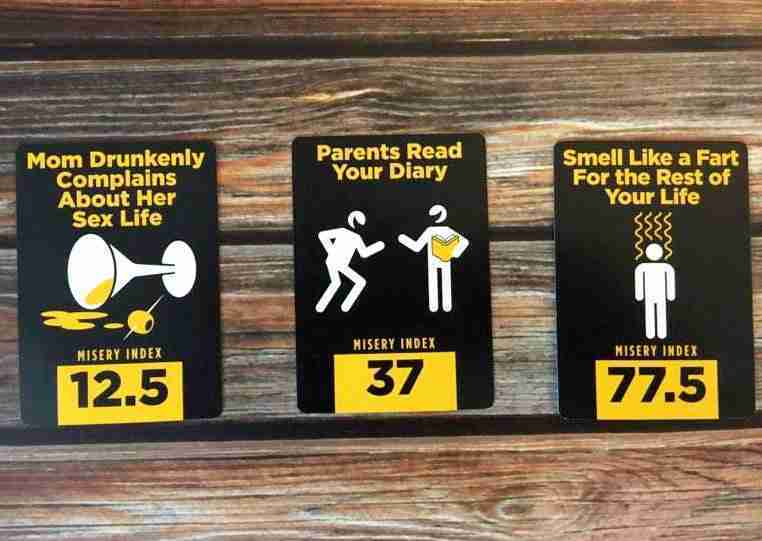 Where would I say it ranked on the “Shit Happens” card game ranking system?  Oh, I would guess somewhere between “Parents Read Your Diary” (Misery index 37) and “Smell Like a Fart For the Rest of Your Life” (Misery index 77.5).  And this my friends, is what the Shit Happens card game is all about.  The box contains 200 shitty situation cards, each card depicting a shitty event with a Misery number.

A team of panelist, which consisted of marriage counselors, counselors, therapists, career counselors and social workers, evaluated each event and ranked the event with a Misery number between 1 and 100, with 100 being the WORST event on the Misery ranking.  They determined the ranking by using such factors as: Anxiey level, Emotional trauma and Long-term psychological damage.  Their scores and answers were averaged to create each situations Misery Index number. 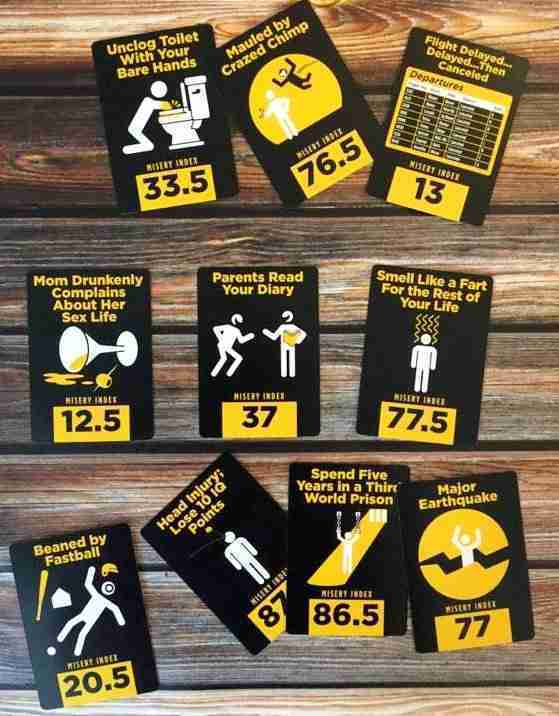 So, how do you play exactly?  Well, each player is dealt 3 cards and those 3 cards are placed from lowest to highest in the Misery index.  When it’s your turn, the person to your right picks a card and reads the situation.  You have to determine WHERE that situation ranks in your line up.  You may be surprised with the results.

This game is inappropriate, full of laughs and right up my card game alley!  I highly recommend to gather friends and see where a night of Shit Happens takes you!  You can purchase Shit Happens The Misery Index Game on Amazon for $9.99.