Cobra Kai Season 3 brings back everything you love about the Karate Kid/ Cobra Kai series and more. After a slow season 2 which ends on a cliffhanger, season 3 is back with ALL the amazingness! Check out my parents guide review.

Cobra Kai made its way to the Netflix streaming service earlier this year and gained a whole new audience to the ever popular franchise, which first debuted on YouTube Red a couple of years back. Last week a huge announcement was made, Cobra Kai season 3 is releasing earlier than believed, on January 1st, giving fans a New Years gift and the perfect way to ring in 2021. Check out the details in my parents guide review.

This season of Cobra Kai picks up right where it left off with everyone dealing with the aftermath of the violent school fight, that left Miguel in a coma in the hospital after Robby kicked him over the stairwell.  Now Robby is on the run, Kreese has taken over Cobra Kai, Johnny is trying to redeem himself and Daniel is trying to salvage his business. 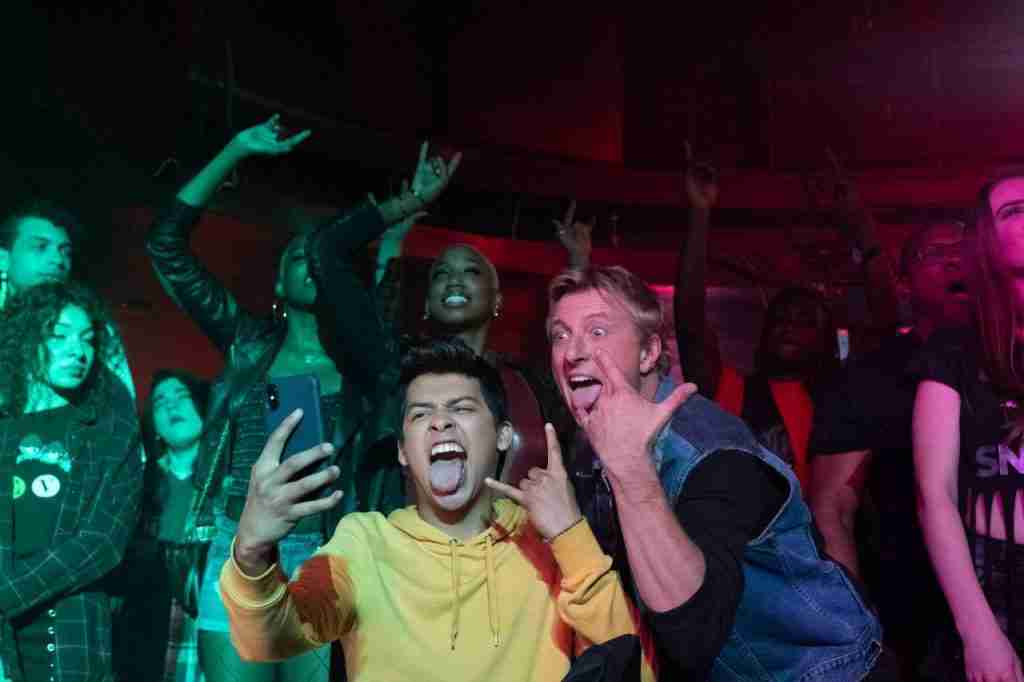 SKIP TO OVERALL THOUGHTS SECTION BELOW, IF YOU DO NOT WISH TO RECEIVE ANY SPOILERS

Lets take a look at what parents need to know before letting their kids watch Cobra Kai season 3.

Language: Cobra Kai has strong language including the curse words: a**, S-word, F-word, B-word, pu**&, crap, t*ts and piss. It also uses the term “getting laid” and “gimpy” referring to someone in a wheelchair.

Violence: As you would imagine in a karate series, there is a lot of fight scenes. Some include bar fights, one character breaks the arm of another, one character gets beat up by a gang of bullies, repeating punching until “the blood needs to be cleaned off the mat” and more. You also see a scene where someone is killed with a gun (the death is shown off screen).

Sexual Content: There is one scene where a couple kiss and it is implied they had sex, as they wake up in bed together the next day. But no sexual activity actually is shown.

As a fan of the Karate Kid movies, the first two movies anyways, I was excited when it was revealed Tamlyn Tomita and Yuji Okumoto will reprise their roles as Kumiko and Chozen. After season 2 brought back the ever hated Kreese, I was hoping we would receive some more blasts from the pasts and perhaps even some old grudges settled. And while I do not want to spoil anything for viewers, I will say it was a journey down Karate Kid II memory lane. Don’t worry, if you have not seen Karate Kid II, the series gives enough back story and flashbacks to bring you up to speed.

Cobra Kai season 3 also dives into John Kreese’s (Martin Kove) character, giving us more details of his past. And while season 2 kept viewers guessing to the true intentions of his motives, this season makes it very clear he is the true antagonist. As more of his story unfolds, we get a glimpse into his psyche and learn the reasons why he is the way he is.  At the same, we watch his character grow darker than ever before as he begins to make his mark on the kids.

Daniel and Johnny are at their lowest points, personally and career-wise, after the epic school fight which left both of their dojo’s reputations in the dirt. And as they try to mend the pieces back together, as well as those around them, it seems the only way to do that is to work together. But how long will that last? As the season begins, Johnny and Daniel team up to find Robby, which lead to some amazing banter back and forth and solidifies everything that is great about this franchise. Johnny will forever be stuck in the 80’s, as he tries to make his way in this tech-friendly world, a world which has bred a bunch of p*&&ies.

And as for Miguel, Robby, Sam, Tory and the rest of the kids; this season really does bring out the worst in all of the characters. But at the same time, we see glimpses of hope and reasons which have led them astray. The fight at the school left many physical and emotional scars on the kids, and they spend much of this season overcoming these scars and relationships with one another.

After a lackluster season 2, which only picked up at the very end and left fans with more questions than answers, season 3 is back with a vengence. Now, when is season 4 coming because I can not wait! 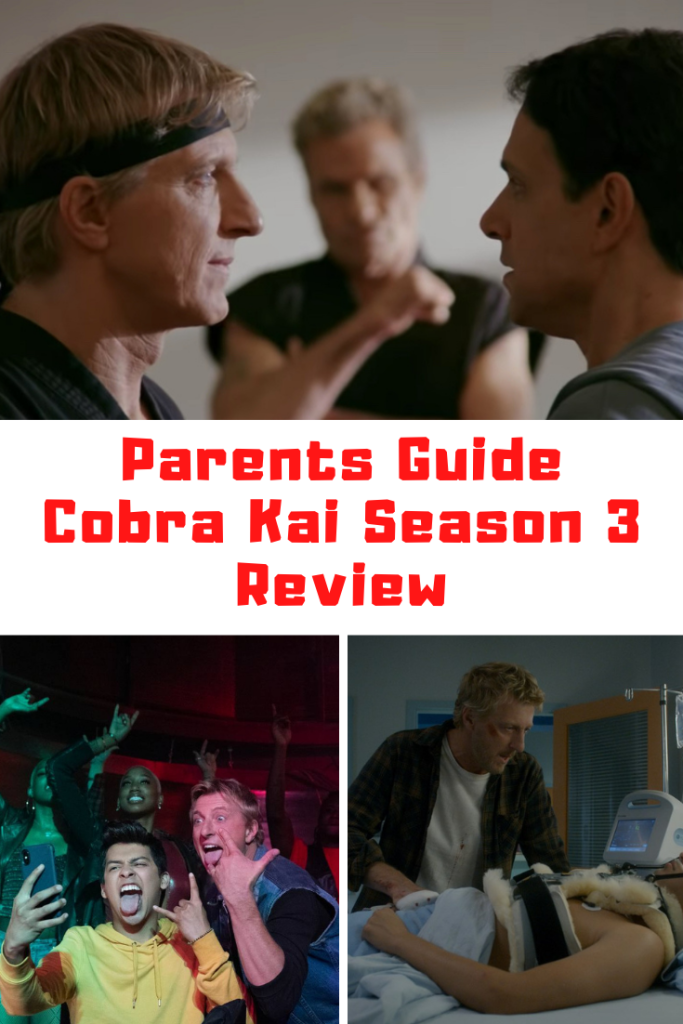