DisneyPlus’ Wandavision is unlike anything Marvel has ever done before. It is weird, clever, zany, fun and I am here for it! Check out the details in my parents guide review. 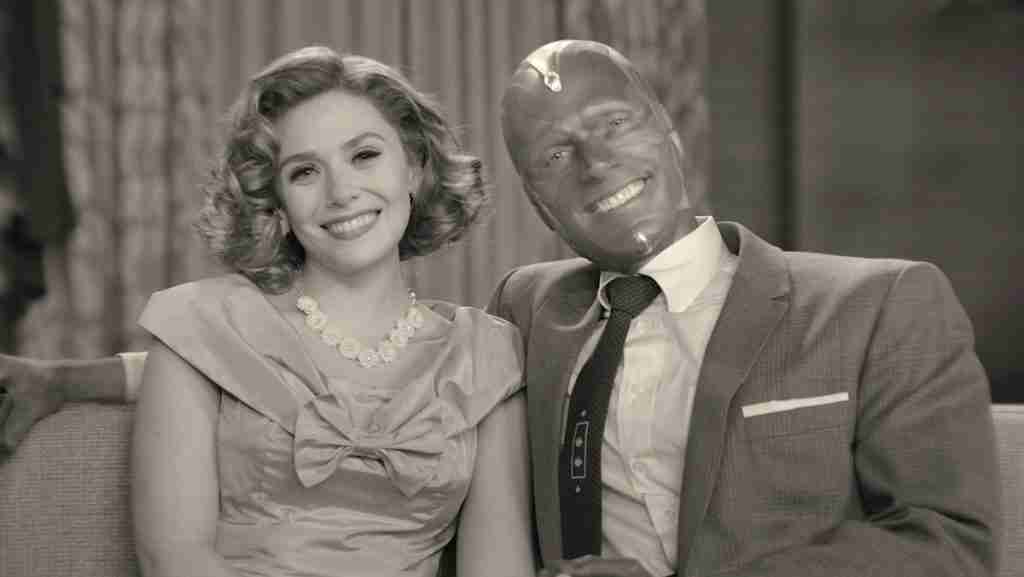 Marvel Studios WandaVision for Disney+ is a strange brew. Starring Elizabeth Olsen and Paul Bettany as the titular characters, reprising their roles from the hit Avengers movies as a seemingly normal couple in suburbia. That portrait of the American dream is presented in several different iterations of classicaly stylized sitcoms from yesteryear. Check out all the details in my parents guide series review.

Marvel Studios’ WandaVision blends the style of classic sitcoms with the Marvel Cinematic Universe in which Wanda Maximoff (Elizabeth Olsen) and Vision (Paul Bettany), two super-powered beings living their ideal suburban lives, begin to suspect that everything is not as it seems. 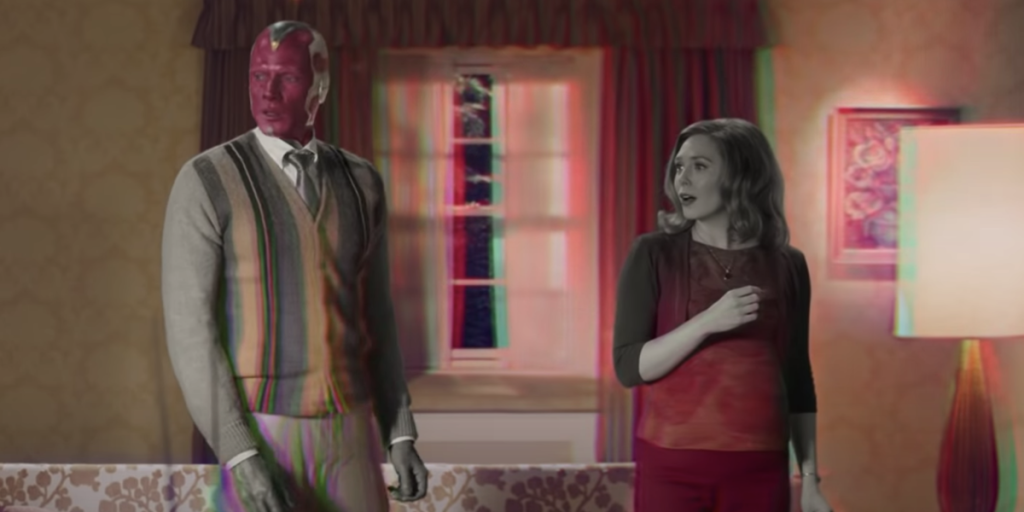 Let’s take a look at what parents need to know before letting their kids watch DisneyPlus’ Wandavision.

Language: Wandavision is debuting on DisneyPlus, which the platform has promised to keep its content in the PG-13 (and under) friendly zone, so one can expect the language in Wandavision to be very mild. The harshest language I came across in the first three episodes I viewed was the word “dammit.”

Sexual Content/Nudity: There are a few kisses between Vision and Wanda, which you will see throughout the first three episodes. The closest one gets to sexual content, is when the characters turns off the lights and pull the covers over their heads, implying sexual intercourse is about to take place.  There are a couple of references from characters saying things like “goose your wife” and talk about “seduction techniques.”

Alcohol: After watching the first three episodes, there is one scene in which a character has a flask of alcohol, and suggests drinking to get through PTA meetings. There is also a scene in which one of the characters “acts” drunk due to an event which occured, but this character did not consume alcohol which resulted in this behavior.

Violence: Mind you, I have only seen the first three Wandavision episodes but thusfar, no violence has taken place. Closest anything disturbing is a character choking on a piece of food.

Imagine if you will The Dick Van Dyke Show if it starred Vision and The Scarlet Witch as Rob and Laura Petrie. Ponder if you may Bewitched with Marvel’s android and Ms. Maximoff as Darren and Samantha respectively. Each episode of Wandavision pays homage to various vintage television series, yet somehow there is a distinctive narrative to follow. They have the same recurring supporting characters, at least for the first three episodes, and it is assumed they all take place in the same small town, but every set piece is different. Three epsiodes, three different eras, three different homes for Wanda and Vision, but everything seems normal to everyone… well almost normal.

Sure the episodes are presented as beloved sitcom clones, replete with laugh tracks and a commercial, in black and white and then suddenly Technicolor, as if time is moving at a severely excelerated pace from one episode to the next and at one point it becomes colorized. That could account for the jump from one decade to the next for each new episode. It reminds me of The Coneheads, where clearly there are some outsiders from far far away trying to mingle with regular folk, only it’s literally The Scarlet Witch and Vision.

In the MCU the events of WandaVision take place immediately following The Avengers: Endgame. It would seem to me that The Avengers are set in present day, or the future, though this so far is set distinctively in the past. Perhaps our heroes escaped to the past much like The Umbrella Academy? Hey, doesn’t Wanda have the power to manipulate time? Hmmm.

As “normies” they try to keep their powers hidden and that, of course, leads to much of the situation comedy, which is very well done by the way. I found myself actually getting caught up in the nostalgia of it all, and could truly be satisfied if each episode was set in the same era over and over again just to see what happens next.

The performances of the Wandavision cast are impeccable, and they also evolve as time moves from the 50’s to the 70’s without missing a beat. While there is the typical sitcom issues at play during each individual episode, you can get a sense that there is something more sinister at foot. Each episode has a moment or two where things get a bit more serious, slowly at first and then increasing as time goes on. So at first it appears to be a silly and campy send-up of a Disney flavored, classicly stylized sitcom that happens to star Marvel characters, but as things unfold it suggests a thicker plot of… well, I’m not quite certain at this time, but you can bet I will be tuning in to find out. Personally, I am just waiting for the Mr. Belvedere episode… make it happen Marvel! 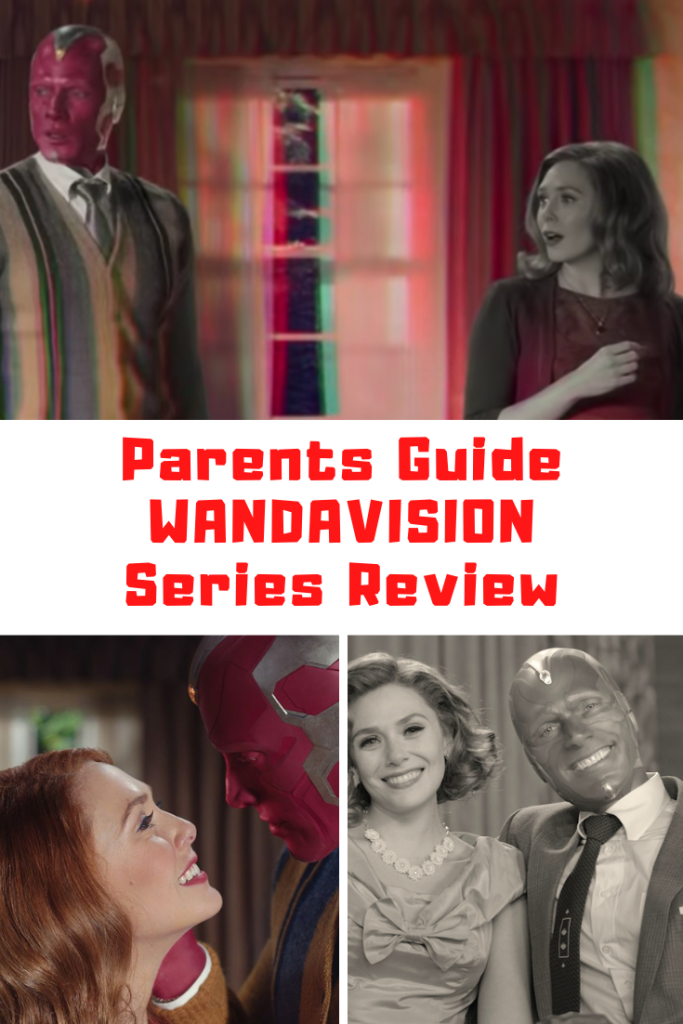