HULU’s Sex Appeal is a clever sex comedy geared towards the young adult crowd with a sweet, heart-warming message. Check out the details in my parents guide movie review.

HULU’s Sex Appeal drops on the streaming service this Friday, January 14th. The film stars Mika Abdalla, Jake Short and even Paris Jackson, daughter to the pop icon Michael Jackson. This sex comedy is clearly targeted towards the young adult crowd, but is it too raunchy for this age? Check out the details in my parents guide movie review.

Avery Hansen-White doesn’t do things she isn’t excellent at. So when her long-distance boyfriend hints at wanting to take their relationship to the next level, she sets out to master her sexuality, employing her oldest friend, Larson, as a test subject. In this hilarious teen comedy, Avery’s study results in the realization that there’s more to sex, and love, than mechanics. Relationships require both head and heart.

Let’s take a look at what parents need to know before letting their kids watch Sex Appeal.

As the title suggests, Sex Appeal is about the sometimes taboo subject of sex. In particular, it is a coming-of-age story line revolving around a perfectionist who is ready to take the leap and have sex with her boyfriend for the first time. At times, the film can get a little raunchy, especially when teens discuss topics like “t*tty f*cking” and “finger banging.” However, these sorts of topics are not unusual for this age group, and the film does a terrific job of including these sorts of topics as a natural part of the story rather than just for shock factor.

The entire cast does a solid job, especially Mika Abdalla, who plays the lead role, Avery. Abdalla’s film resume is sparse, but this lack of film experience does not take away from the stellar job she does in the role. Her chemistry with Jake Short (Larson) is a complicated one, as they truly seem like best friends on-screen, yet are awkward as lovers, which is exactly what the role calls for. The film also includes Paris Jackson, daughter of the late Michael Jackson, who plays “bad girl” Danica. Jackson is a born star, and the biggest complaint about the film was that we did not get more screen time for Paris.

Overall, Sex Appeal is clever, fun, and heartwarming, with a great message of overcoming fears. More importantly, it takes the subject of sex and really puts it into perspective for a young audience. “I think love leads to sex, and sex leads to love, and that’s how you get chemistry.” But one could argue that chemistry can be felt without sex or love. Yep, it’s complicated. But that’s why Sex Appeal is such a great story for teens, despite the language and sexual situations. You may do well to let your older children watch this movie, especially if they are in high school. It is sure to resonate with them, as it makes light of embarrassing topics and informs with a great message as well. 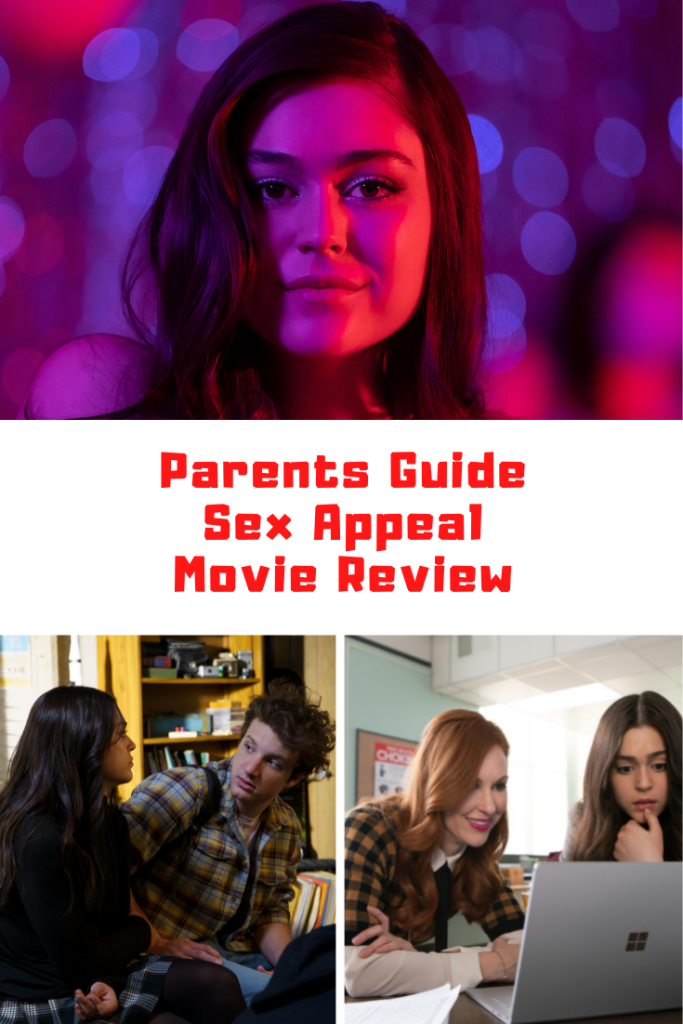