Blumhouse’s Evil Eye is one of the more watchable films coming out of Blumhouse these days.  Filled with suspense and in true Blum House form, ends with a twist! Check out this parents guide.

Amazon Prime Video is releasing a series of eight Blumhouse films in a program they are calling ‘Welcome To The Blumhouse’.  The newest film to hit is Evil Eye, which does not have any big name stars but is right up my alley since the film is set in both new orleans and new Delhi India.  If you are unaware of the “evil eye” curse, it is a legend that a curse can be placed on someone just by a glare.  Seems like a great premises for a plot, right?  Check out my movie review on YouTube below and this movie parents guide.

Check out this Evil Eye video review and read my parents guide below!

At its core, Evil Eye is a story about the love a mother has for her daughter and everything she will do to protect her.  Pallavi (Sunita Mani) is a young Indian woman living in New Orleans, who seems to be pushed into marriage by her mother, Usha (Sarita Choudhury). Usha seems to have a bit of a dark past, made known by the many flashbacks she has and also her persistence to have Pallavi always wear her charm, which is in the shape of an eye and seems to ward off evil. One would think Usha is just the over-protective mother since she is so far away, living in Delhi, India but we come to find out her worry is much deeper than that.

Pallavi does meet a man, an Indian man which you would think would make her mom happy.  Not the case.  Usha believes the two are moving too quickly, and becomes very hesitant in her daughter’s relationship because of her own past, which seems to be tied into the story at the end. I don’t want to give too much away because the best part of this film is the twist but lets talk about the parents guide to this film! 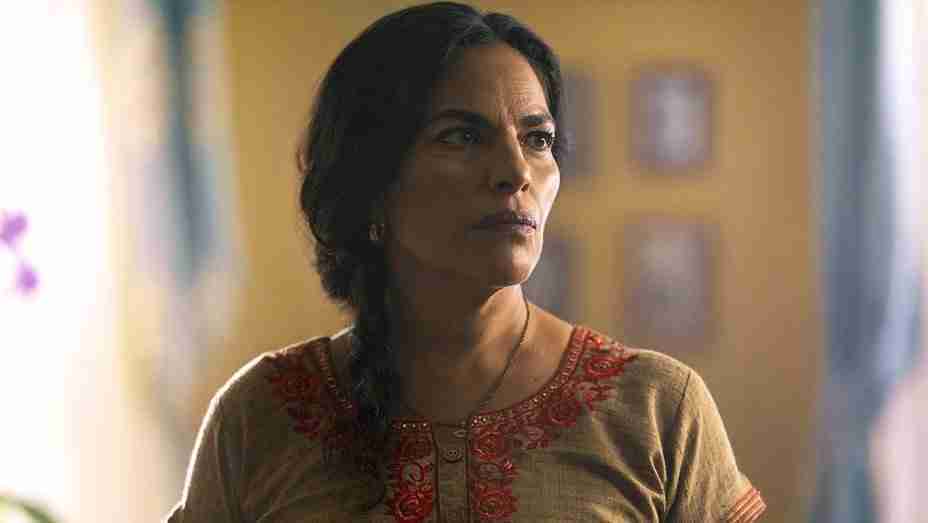 I was a bit disappointed in the language, not to say there was not a lot of bad language because there wasn’t.  But the S-word and the F-word was used two times each.  Not bad, right?  However, I found that the tone of the movie was did not really call for it.  In fact, the curse words were only used on two spearate ocassion, I am just not sure why they were used at all.  As far as the violence, there was defintely some triggering moments of violence. There was violence against women, and even stalker-ish moments.  The film was not really “scary” persay but it was a thriller and contained adult content.  No sex scenes, but just one scene where a couple was in bed with their underwear discussing their past sexual partners.

Evil Eye was produced by both Blumhouse and Priyanka Chopra, who is herself a huge Bollywood star.  Being a Bollywood fan myself, I appreciated the nods to Bollywood where even in one scene, Usha had the television on and playing was a Bollywood song and dance.  It definitely had that mix of Bollywood and Hollywood, which originally attracted me to the movie.  It stayed true to the lingo as well, when on many ocassions the elder woman was referred to as “Auntie” and the elder male was referred to as “Uncle”.  The whole “evil eye” concept was very intriguing, I just wish some of the slower parts in the middle of the film would have included more about the “evil eye” curse.  But for all of my critiques of the film, the ending made up for it.  Blumhouse seems to always throw viewers that crazy twist ending, and while you expect the twist and you think you know when it’s coming, it still throws you for a loop! 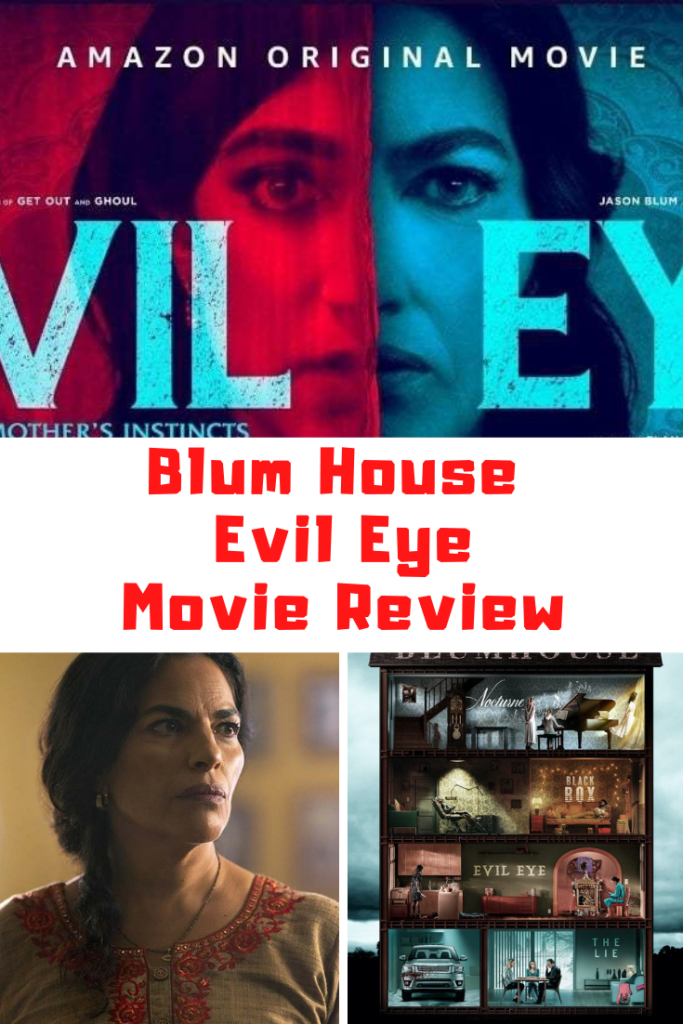