Bros is hilarious, smart, and cleverly written, with laugh-out-loud moments mixed with a heartfelt message. Check out the details in my parents guide movie review. 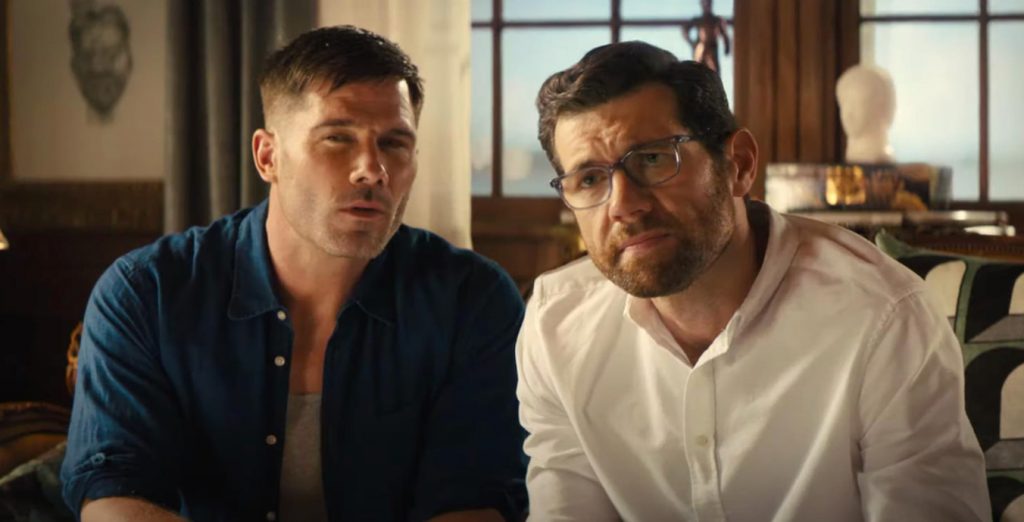 Bros drops into theaters across the nation this Friday, September 30th. The film was written by Nicholas Stoller, who directs the film, and Billy Eichner (Billy on the Street). Eichner also stars in the film as Bobby, a gay man with commitment issues, and the story revolves around his goal to open an LGBTQ+ museum while also unexpectedly falling for a “Bro.” It is smart, totally hilarious, and one that audiences will not want to miss. Check out the details in my parents guide movie review.

Let’s take a look at what parents need to know before letting their kids watch Bros movie.

What makes Bros movie a rom-com that stands above the rest is the genuine and authentic story it tells. The film is based on dating and romantic relationships in the LGBTQ+ community, yet it isn’t here to sugar-coat it for those in or out of the community. Lead character Bobby, a talkative podcaster, states, “Some gay guys are a**h*les, and that’s okay.” Right out of the gate, the movie makes a point of informing viewers that this film is not about treating its LGBTQ+ characters any differently than if they were straight. Some straight men are a**h*les, much like some gay men are a**h*les, and while we are all the same in this respect, there are also many differences that also must be accepted, especially in the dating world.

Bros stars Billy Eichner, who plays podcaster Bobby, an extremely talkative, seemingly confident gay man who is working on opening the “first ever” LGBTQ+ history museum. At first, Eichner seemed a bit uncomfortable in the role, but as the film progresses, this awkwardness is clearly deliberate and part of his character’s personality. On the outside, Bobby is an accomplished and confident gay man, who has a bit of a commitment issue. Eichner fully embodies this role. He is smart, funny, and exudes self-assurance while also revealing heartfelt moments of the insecurities and trauma he has gone through being a gay man in an unaccepting world. In the film, Luke MacFarlane co-stars as Eichner’s crush and potential love interest, Aaron. Aaron has commitment issues, which the two bond over, but these similarities appear to be the only thing the two have in common, making for an intriguing “opposites attract” storyline. The two have great chemistry together, giving the audience plenty of reasons to root for the two to become an item. MacFarlane’s Aaron is sweet, witty, and reserved compared to Eichner, giving the two actors plenty of opportunities to banter with one another.

Bros is not afraid to poke fun at itself, many times comparing itself to films like You’ve Got Mail, and it includes jokes very much targeted toward LGBTQ+ humor, as some jokes may easily go over some “straight” viewers’ heads. And while the laughs are plentiful, the film also takes the opportunity to teach a valuable lesson that will resonate with both LGBTQ+ viewers and their straight counterparts, that “love is love,” but also that queer people will not apologize nor wait to be invited to the table. As Aaron states to Bobby, “You’re not afraid to take up space in the world. You challenge me.” This film challenges us all to take a pause and understand that, as humans, we all have a connection and we all go through the same struggles in life. Every one of us deserves representation, and Bros offers that without feeling forced or dumbing it down for the audience. It is unapologetic and delivers a film that anyone can appreciate. 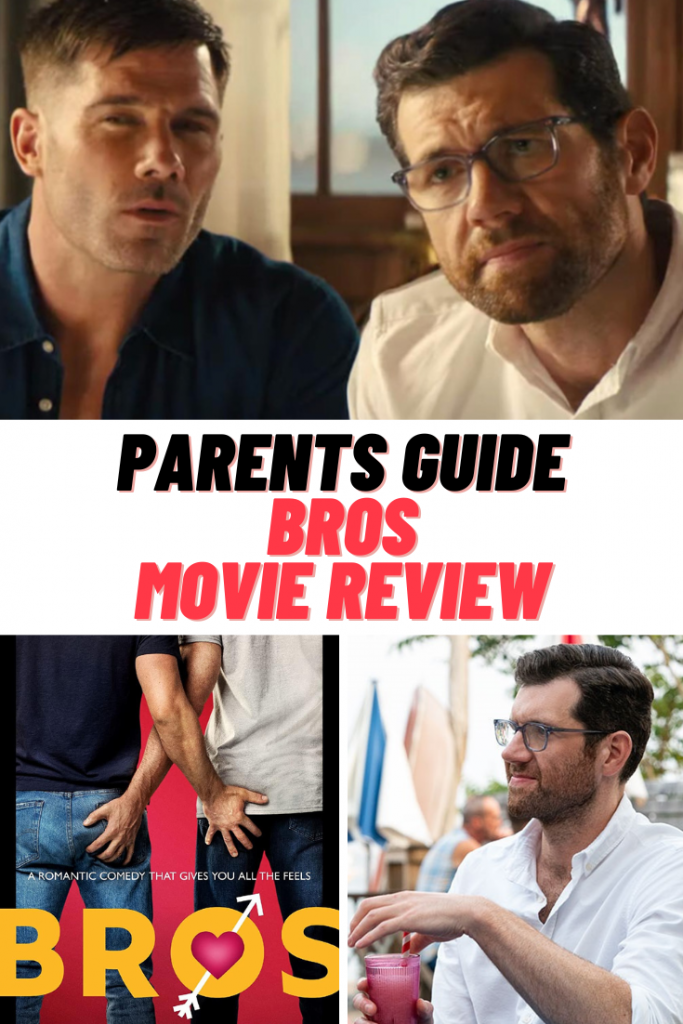