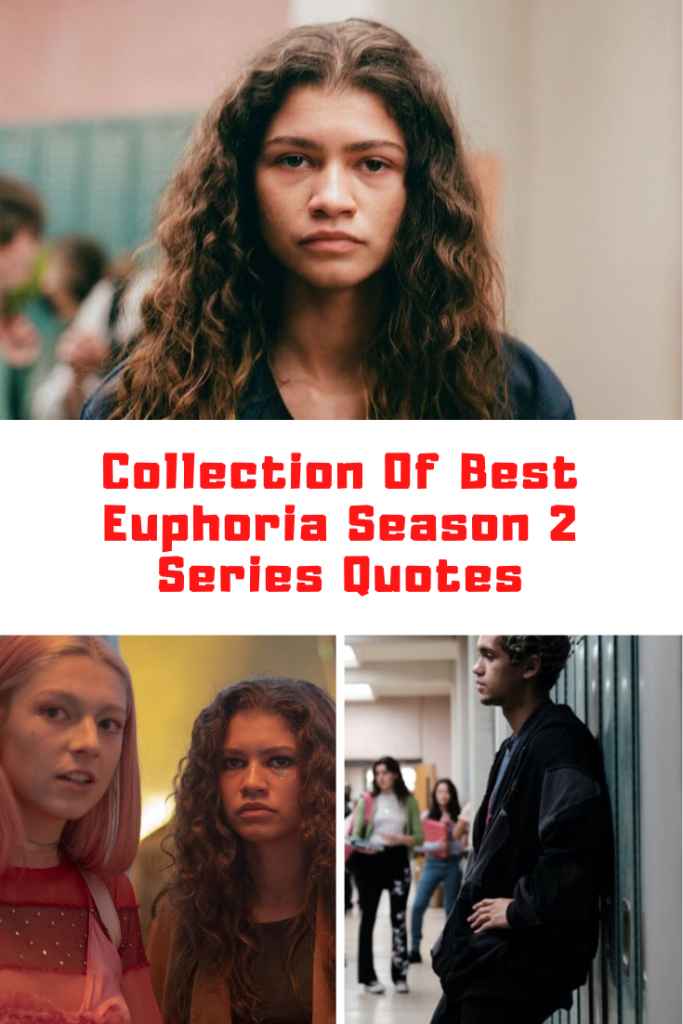 HBO’s Euphoria season 2 season premiere was last week on Sunday, January 9th. I will have a review of the new season coming soon, so make sure to stop back by to check it out. It will be linked down below. In the meantime, I wanted to share a list of some of the best quotes from the series. Check out this list of the best HBO Euphoria season 2 quotes.

Fezco’s grandma was a motherf*cking G.

I just spoke to your daddy. You’re gonna come live with grandma now.

Don’t ever fall in love. It’s one instinct you can’t trust.

She never came back to pick him up.

I spy with my little eye, cracker with a bowl cut.

However hard life was, it got harder and more complicated.

Think that I could, like, put my drawers on, and talk to you in the other room for a second?

Why you acting like that sh*t was fun, Rue?

I would shake your hand, but I don’t want to get hepatitis.

My goal tonight is to blackout this entire f*cking stupid year.

If you tell me what drugs you’re doing, I’ll tell you what drugs I’m doing.

There it is, there’s my heart. Hello, heart. I thought I lost ya.

Thought I was gonna die for a second.

D*mn Lexi, you are f*cking fearless.

My Uncle Carl got diabetes from eating too much McDonald’s. You don’t see nobody going after they a**.

I don’t know if I’m a good person.

You trying to tell me you took her in that room and you didn’t d*ck her down?

Talking to you was one of the best parts of my whole year.

I want to be with you. 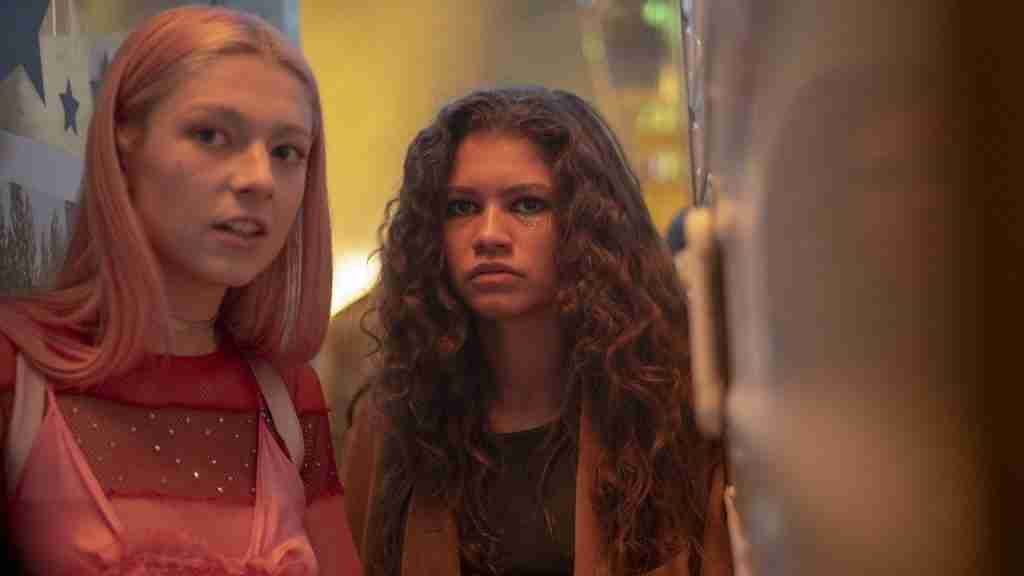 The last time we talked, didn’t you say you wanted to kill me?

Nate Jacobs was in love.

What was it about Cassie Howard that allowed Nate to fully surrender himself?

She was everything you could ever want in a woman.

His dad was such a f*cking idiot, he couldn’t even control himself.

In you, there is calm.

I didn’t know you were such a romantic, Rue.

Was it just me or was that super awkward?

Is that Nate’s blood on your leg?

If Maddy finds out, she’s gonna spend the rest of her life trying to kill me. But she’s actually gonna kill you.

She hated herself for being so weak, and passive, and afraid.

What’s a bigger feeling than love?

As soon as I saw her, I was just immediately afraid to lose her.

Kat hated herself. But the problem with hating yourself is that you can’t really talk about it.

I see your still on your suicide mission.

We never should’ve did what we did.

You don’t know how much power you have.

I wish you could see yourself the way the rest of the world does.

No matter how well you try to hide it. If you are doing drugs, you are gonna get caught. It’s inevitable.

What you want to make them do is second guess their intuition, make them feel like any valid concern is just their anxiety getting the best of them.

I’m out here swinging my muff around, waiting to see who wants to f*ck it.

The beautiful thing about getting high, is that time ceases to exist.

The sidekicks are usually the more sensitive, smarter, more compelling characters, but for some reason, they get overlooked.

As you get older, everything just drifts away.

She loved the ritual, the attention to detail, the anxiety and excitement she felt in her stomach.

If I were a genius, I’d figure out a way to do drugs for free.

I love how f*cking sick you are. 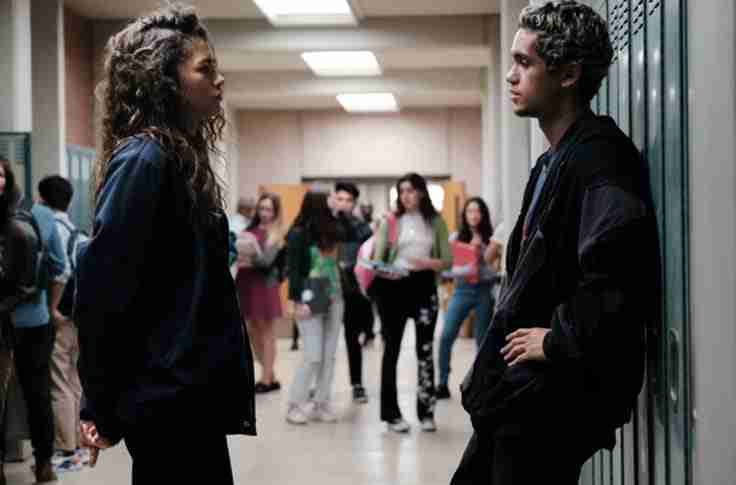 This is an amazing plan. You are a genius.

If you screw me, I’ll have you kidnapped and sold to some really sick people. I always find a way to make my money back.

I don’t think you understand how much I love Jules.

If you were a f*cking sweet person, you wouldn’t have f*cked your best friend’s boyfriend.

To Nathaniel. The winner of all winners, the king of all kings, the big swinging d*ck, Mr. Big Balls, huh?

You are a part of me. I will never understand. But I will take full responsibility.

The last thing you need is to feel worse because you’re not feeling something you’re supposed to feel. Do what feels good to you.

I thought I lost you.

I’m sorry I let you down.

You’re not a good person, Rue.

Don’t cry. Own that sh*t. Own what you just said.

You are f*cking dead to me.

I was about a month away from killing myself.

That’s one of the good parts of being a woman. Even if you don’t have money, you still have one thing people want.

I remember a couple of days before you passed away, you told me that if I ever wanted to be with you, all I would have to do is close my eyes and we’d be together.

I’m with you when I’m 6 years old and at the beach for the first time, jumping into the waves.

You said that memories exist outside of time and have no beginning or end.

You said that as long as I live, you’d be with me forever. I miss you, dad.

You know what I like about hospitals? They don’t need to know if you are a good person before they take care of you.

Say what you want about Christians. At least they believe in forgiveness.

I’m sure most people will say the world will be a better place without me. I don’t disagree.

If I’m being honest about who I am, I’m a liar.

Even if I got clean today, no one would forget the trauma of me not being clean.

You look like a cat coughed your a** up.

Don’t get so upset that you end up choking me.

He gave me just the right amount attention at the wrong time.

I’ve done a lot of sh*tty things but this ain’t one of them.

Everything I’ve ever said, was true.

I ruined my entire life for you.

The hope is what Rue has to find.

You really stroking the bees nest with that one.

Reality always finds a way of pulling you back.

If you wanna fry every last brain cell in your head, go ahead.

If I have to choose between losing one daughter or two, I’m going to fight to save her.