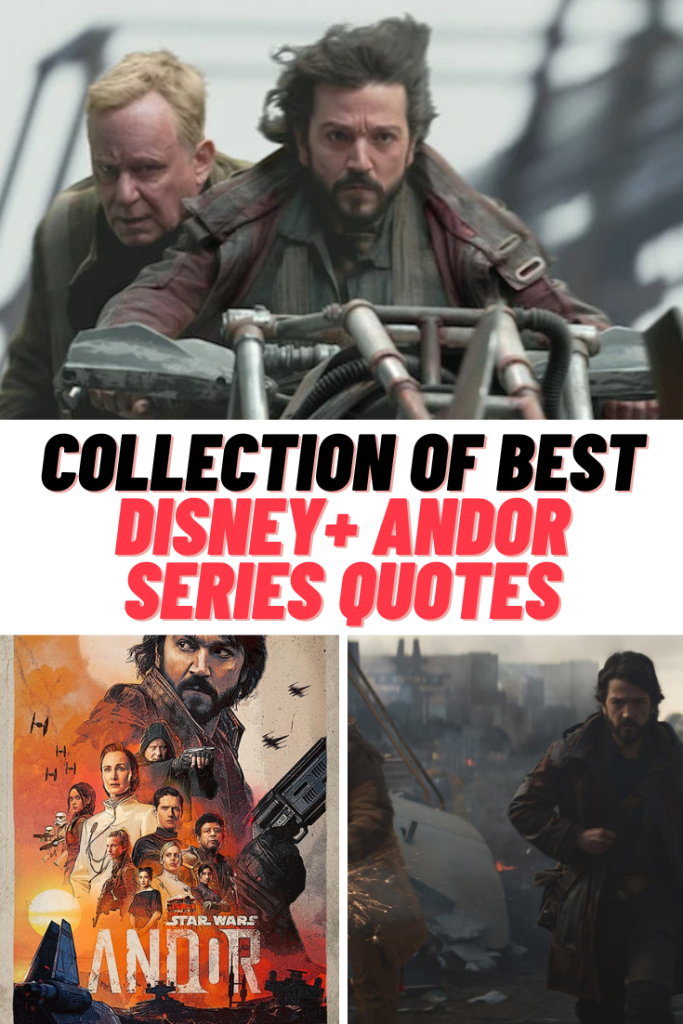 Disney+ Andor drops its first episodes on the streaming service tomorrow, September 21st. I will have a review of the series coming soon, so make sure to stop back by to check it out. It will be linked down below. In the meantime, I wanted to share a list of some of the best quotes from the show. Check out this collection of the best Disney+ Andor quotes.

Nobody here gives their real name.

You want it? You take it and I walk away. I don’t need any surprises.

You insulted my choice of beverage.

They died being helpful. Something sad but inspiring in the same way.

Whatever have you done?

She’s tougher than both of us.

Leave it better than the way you found it. The Cassian way.

People come and go. You should leave.

How far is too far?

It’s fermenting out there, Sir. Pockets are fermenting.

Two of our men are dead, having made that mistake.

Andor should be considered armed and dangerous.

There comes a time when the risk of doing nothing is the greatest risk of all. This is one of those decisive moments, and I can’t imagine a team I’d rather share it with than all of you.

There’s no room for doubt on the path to success and justice.

If you can’t find it here, it’s not worth finding.

You better think about this.

I’m not leaving him here to die.

I’m giving you my word.

I see one choice. Either you got my money or you don’t.

Arrogance is remarkable, isn’t it?

These days will end, Cassian Andor.

Isn’t that where they hung your father?

I came looking for something more and I think I’ve found it.

When it stops, that’s when you really want to start to fret.

To put a real stick in the eye of the Empireand get paid for it.

Wouldn’t you rather give it all at once to something real? Then carve a few useless pieces until there is nothing left?

I came for you.

Security is an illusion.

He’s got steady nerves and he’s not afraid to kill.

That’s the advantage of renting him. He’s disposable.

You might want to study the ladder before you start climbing.

Must everything be boring and sad?

Are you in all the way?