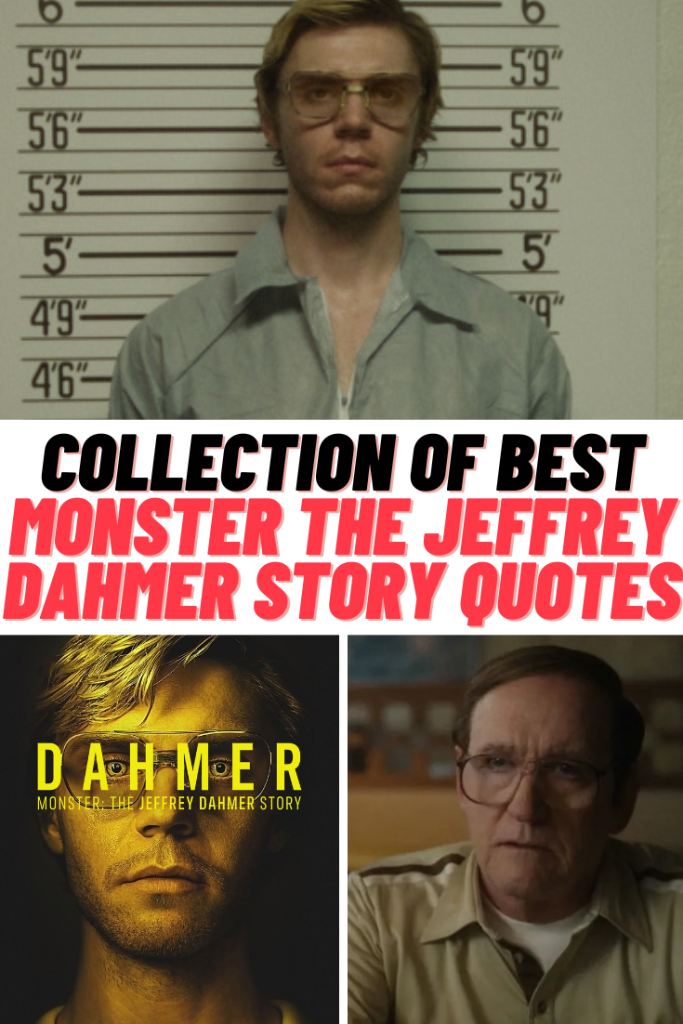 Netflix’s Monster: The Jeffrey Dahmer Story dropped on the streaming service this week on September 21st. I will have a review of the series coming soon, so make sure to stop back by to check it out. It will be linked down below. In the meantime, I wanted to share a list of some of the best quotes from the show. Check out this list of the best Netflix’s Monster: The Jeffrey Dahmer Story quotes.

That smell is worse than ever.

Why does everyone want to leave me?

I want to hear your heart ’cause I’m gonna eat it.

It was just fun and games, he and I, we’re both homosexuals, so, you know.

I guess us gay guys can get into that roughhousing frat boy stuff.

For what I did, I should be dead.

He was always a strange boy. He was a quiet boy. A good boy.

There was a human head in his refrigerator. Two plastic bags in the freezer. Each containing a human heart. Another containing a set of male genitalia. In the bedroom, there was five more skulls. Knives, and hammers, and saws, and Polaroids documenting the dismemberments.

In another drawer, we found a complete human skeleton. The bones had been bleached. A dry scalp. And then a 57-gallon vat. Filled with acid. Inside were three torsos, in various stages of decomposition, as well as other body parts that he was attempting to dissolve or strip the tissue off the bones.

We should just tell you that based on debris on some of the cooking utensils we found and the marks on some of the body parts, as well as things your son mentioned to us, we believe he ate some of his victims.

We’re pretty sure this was a genuine suicide attempt.

That’s amazing what the brain can do. Take a lot of damage.

Can I please come home?

If I’m such a bad guy then, what are you doing here?

Everybody’s had it out for me since, forever. It’s like they just decide you are a bad guy and there’s nothing you can do about it. Got their minds made up.

I was hoping you weren’t gonna die. Now I can try something really fun.

It’s just gonna make you like a zombie. It’s not gonna hurt, brain doesn’t have any nerve endings. This is just a little hot water with some acid in it.

You can come inside, I’ll prove it. I’ve got photos of him and stuff.

I just want this to be over, so I can get on with my life.

That’s what they call ‘Doing a Dahmer.’

You think I can take one home? To just practice.

I’m just taking my life, one little knot at a time. 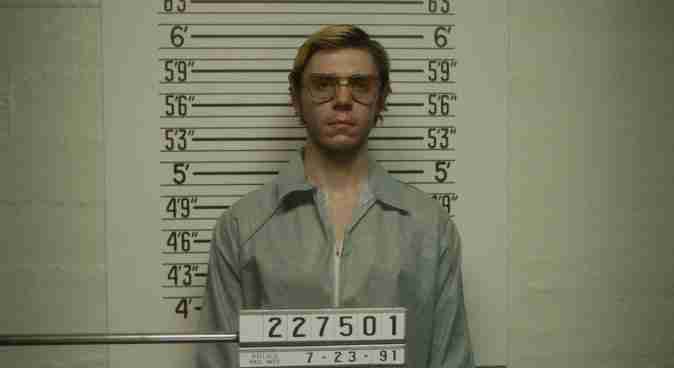 I don’t think everybody gets to have a dream. At least not people like me.

You got your whole life ahead of you. And I’m not gonna f*ck that up by arresting you tonight.

I liked the idea of little pieces of him all around. Surrounding me.

I liked how the organs looked when I held them. They had a shine to them.

What do you care? You’re not my mom.

Why am I trying to pretend to be something I’m not? I’m not a good kid. I’m not a normal guy. I don’t fit in. I’m weird. I feel different from everyone else. There’s something wrong with me.

I don’t even have any memories like that to put in a box.

There isn’t a thing wrong with you that we can’t fix.

He brings guys in here and drugs them.

I just wanted to lay with him. While we was so fresh and just hold him.

Everyone was just always telling me what to do, my dad, my grandma, my bosses. The guys were just one thing that I could control.

You should know their names, those are people that you’ve killed.

I would strangle them because I didn’t want them to suffer.

Could I just get the electric chair, you think?

You’re the one who taught me how to do it, you know?

Get rid of that comic book devil stuff too, godd*mmit. I know you say it comes from a movie and all, but it’s just too much for your grandma.

Once I stopped, that’s when I started to get scared.

I did try to not do it, for long periods of time.

I’m telling you, this many tried to kill me. And there is nothing you can do about that?

That kid’s father, I can’t stop seeing the look in his eye.

How many did you find? Bodies? 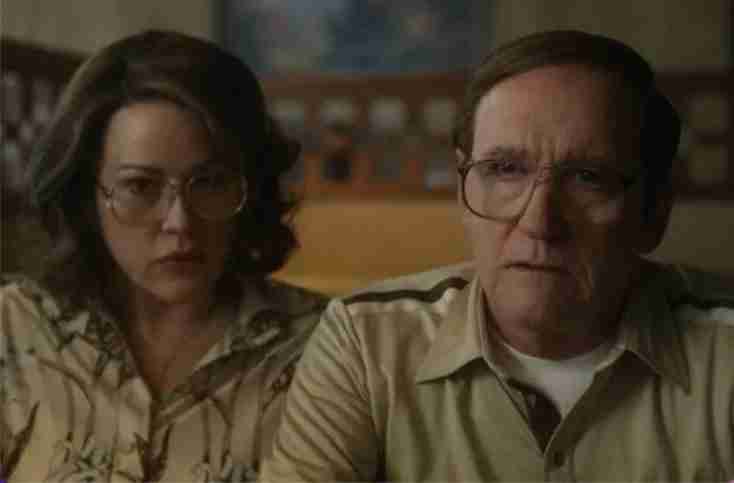 I don’t know what kind of person in their right mind could’ve looked at that baby and not think he was in danger, no less a man.

You got a city that’s been traumatized by these horrific murders, yes. But also years of poverty, high unemployment, discrimination, police brutality.

I did come to Milwaukee to be an agitator. To hold you gentleman accountable and demand an end to this pattern of racism and neglect.

You knew he was a monster.

I knew. But nobody heard me.

Your voice is going to make a difference.

We are not content to simply listening to comforting word. Wording lie “healing,” “colling down,” “coming together.” Those are code words that mean exactly the same thing: let’s sweep this under the rug.

We will not rest.

The jury has hereby determined that Mr. Dahmer was of sound mind and not legally insane with respect to all of the 15 counts of first-degree murder he’s confessed to.

I can still smell it, what he did to those people. The death, murder, I know you can smell it too.

Should have given you the electric chair.

They never found a whole body, you know, just parts.

All I ever wanted to do was help out other parents, you know, to look out for the warning signs.

You can’t hide in your apartment forever. Sooner or later, you’re going to have to face your fears and start living again.

You f*cking deserve it!

Do you believe there is such a thing as just being evil?

I don’t think I deserve forgiveness for all I’ve done.

I guess what I wanted to ask you, Dad, is if you could ever forgive me.

I try to be happy for my family. I smile, I try to be strong. I keep waiting to feel like myself again before. It just gets worse. Because every morning I get up and I remember that Jeffrey Dahmer is still alive.

Maybe the best we can do is just keep pretending to be strong. And eventually, one day, we’ll just forget we are pretending.

Dahmer wants to be saved. It is genuine.

You didn’t just murder them. You desicrated their bodies. And cannabalized their flesh.

My God is a God of vengeance. He punishes evil.

There are no easy answers when it comes to someone like him.

I am determined to see this through. For the victims. For the families. I ain’t gonna let Jeff Dahmer and his evil be the only thing folks remember. As long as I have breath, I will keep waiting.