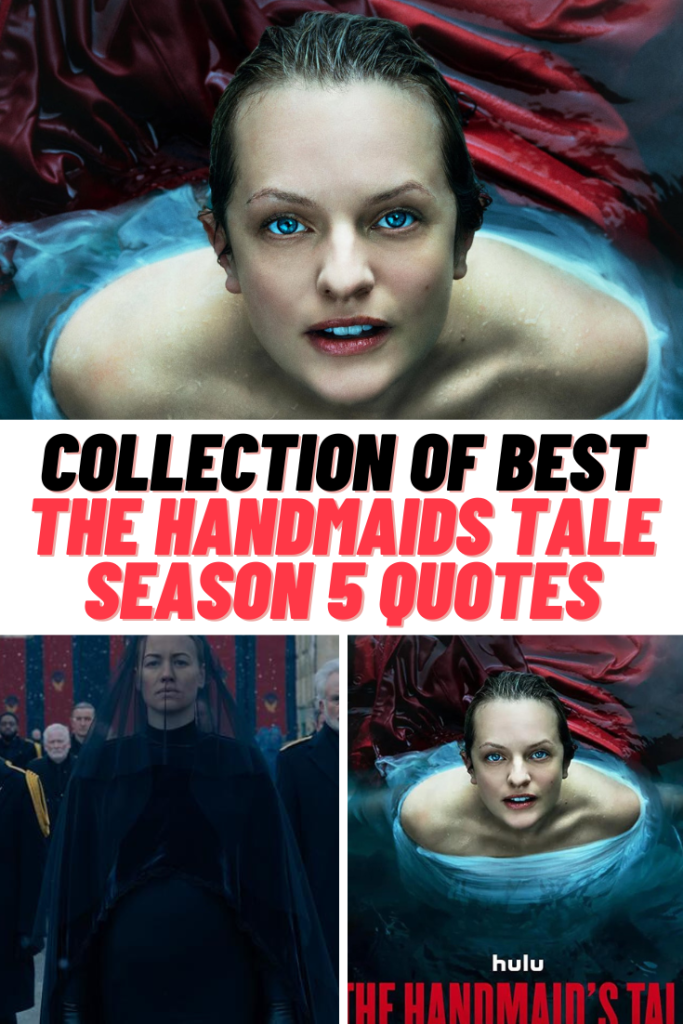 But Wives, serve your own husbands as you would the Lord.

Maybe June can find some peace now. I’ll pray for her.

Remaining here is a danger to your unborn child.

Everything tastes better when Fred’s dead.

Do onto others as they have done onto you.

He was your monster, and we tore him apart for you. Now it is my turn.

So, you sent him back to be killed?

They also sent a finger. A severed finger.

This wasn’t Gilead. It was June Osborne.

I feel it. Gilead pulling.

I hit him, and kicked him, and bit him. When he was dead, I left him in the forest.

He was a monster and he deserved to die.

The crown has no quarrel with you. You are free to go.

I would like to formally petition the Canadian government to reconsider their capital punishment statutes, considering that woman’s heinous acts.

The Waterford name has power, and that will be respected. And remembered.

They’re not going to be looking for someone going back into Gilead.

I think you scared Gilead as well. A Handmaid killing their Commander, I don’t think they will let that stand.

I just came to say, well done. You did something terrible that needed to be done. I understand what that costs. May he rot in hell.

When God calls us, all we can do is heed him.

We never leave a brother out in the cold.

Fred always saw so much promise in you. Like a father.

It looked like a pack of wolves tore into Fred.

It is my hope this time that we can all shine together.

When is she going to get what she deserves?

I thank God for her every day. And for those who brought her to me.

We showed the world our fist. Now we should show them our humanity.

Do you really think being pregnant is going to protect me?

You don’t care about me. You just wanted to see your daughter, right?

It’s not pink, though. She’s not a little girl anymore.

Women always say that when they’ve done something extraordinary.

Can’t be too careful so close to No Man’s Land.

Please do not punish her to teach me a lesson. I will turn things around. I will do things differently. I promise you.

A single man has no place in leadership.

It’s one of God’s great mysteries, how our sweet angel came from that devil of a woman.

June Osborne is a cancer and we have to cut her out.

He was a weak man. Overcompensated for toxic masculinity.

It’s a shame you can’t see all that we’ve done right here.

It’s an exciting opportunity to be useful.

You’re an unusual woman, Serena, and we don’t have the proper infrastructure for unusual women to live within our borders.

Servants of God. We’re all here to spread his word.