FREAKY Movie is a killer of a film, mostly due to Vince Vaughn’s performance. The horror comedy movie gives a fresh take to the whole body-swapping concept. Check out my review in this parents guide. 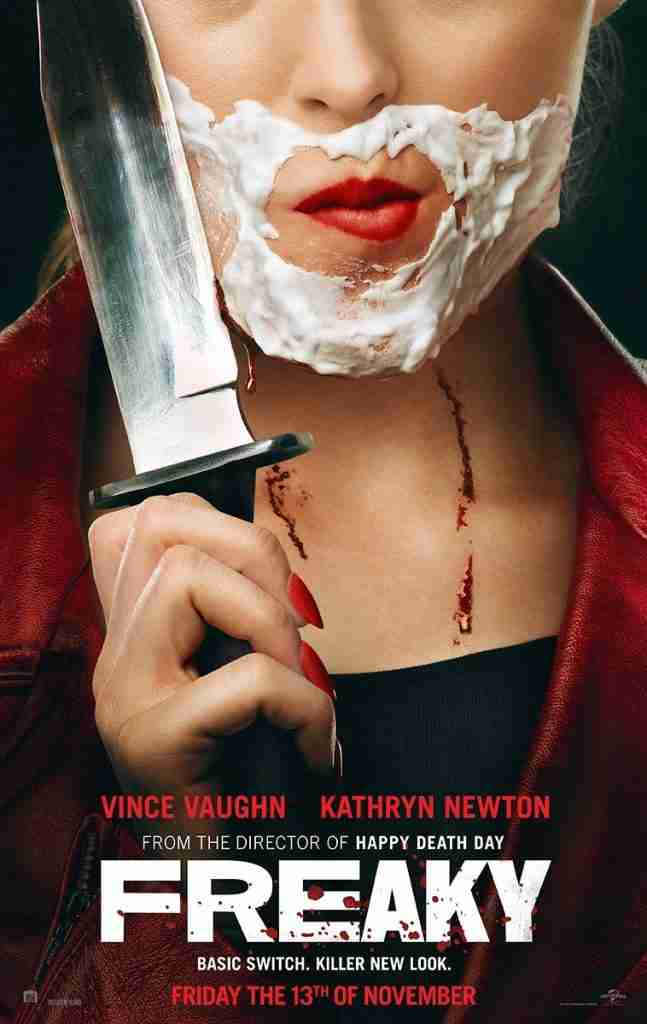 FREAKY Movie is out today, Friday the 13th and stars Vince Vaughn and Kathryn Newton.  The film takes the concept of Freaky Friday and the whole body swapping from some mystical power and inserts it into a Scream movie. To top off the “Freaky” goodness, it is directed by Christopher Landon who is known for his clever mixing of horror comedy with films such as Happy Death Day under his belt. Check out all the details in my parents guide movie review.

Millie (Kathryn Newton) thought school bullies was her biggest problem in high school, that is until she comes face to face with serial killer, The Butcher (Vince Vaughn). During the pairs struggle, they magically swap bodies, after Millie is pierced with an ancient dagger yielded by the killer.

She soon finds out if she doesn’t return to her body within 24 hours, she is stuck being The Butcher, forever. After convincing her best friends, Nyla (Celeste O’Connor) and Joshua (Misha Osherovich), along with her biggest crush Booker (Uriah Shelton), the group sets out to help Millie return to her body before time runs out.

So, what should parents be aware of before letting their kids see Freaky movie? Check it out:

Death/Gore: As one might expect with a film about a serial killer unleashed on a small town, this film is filled with murder and gore.  There is one particular scene where you literally see a body being sliced in half by a table saw. This film does not back away from the gore, so if you are squeamish, be aware.

Language: After gore, the other big flag parents may be concerned about is the language in the film.  The language is extremely strong with words such as: f-word, p-word and both c-words (referring to genitalia).

Sex/Drugs/Alcohol: There is a scene at the very beginning where two teens are having sex, although nothing graphic is shown.  We do see teens drinking and one scene has a teen trying to buy drugs.

if you have seen Landon’s Happy Death Day, this film is along the same line.  Personally, I would allow my 15 year old son to view the film. The biggest flags for me as a parents of a teenager is the harsh language but it is nothing I haven’t heard before coming from his XBOX.  The sexual content is extremely light and while it is gory, the murder scenes are done in a humorous way.

Freaky movie delivers the perfect combination of laughter, chills and gives a fresh take on body swapping concept we’ve seen done many times over again. The film has some plot holes, like where did the mystical dagger comes from and how did it come into the possession of a serial killer? However, viewers won’t care as they are entertained with Vaughn’s body possession and gruesome kills. Landon sure does take advantage of the movie’s R-rating with the gore, and one may even find themselves cheering as “The Butcher” really gives it to a set of bullies who had it coming to them.

The casting is the real winner of the movie and Vince Vaughn totally steals the whole show as we see him getitng in touch with his “feminine side.” He delivers the laughs as we know him to do, but also the creeps when he is in serial killer form. And the supporting cast of teens are a horror stereotype’s dream. As Joshua exclaimed in one scene, “You’re black, I’m gay. We are so dead.”

And just when you thought it’s over, it ain’t over! Hopefully that is a staple for Freaky movies to come, it’s the best slasher film I have seen since Scream. It is fun and entertaining with characters you want to see more of. A real horror film with heart. 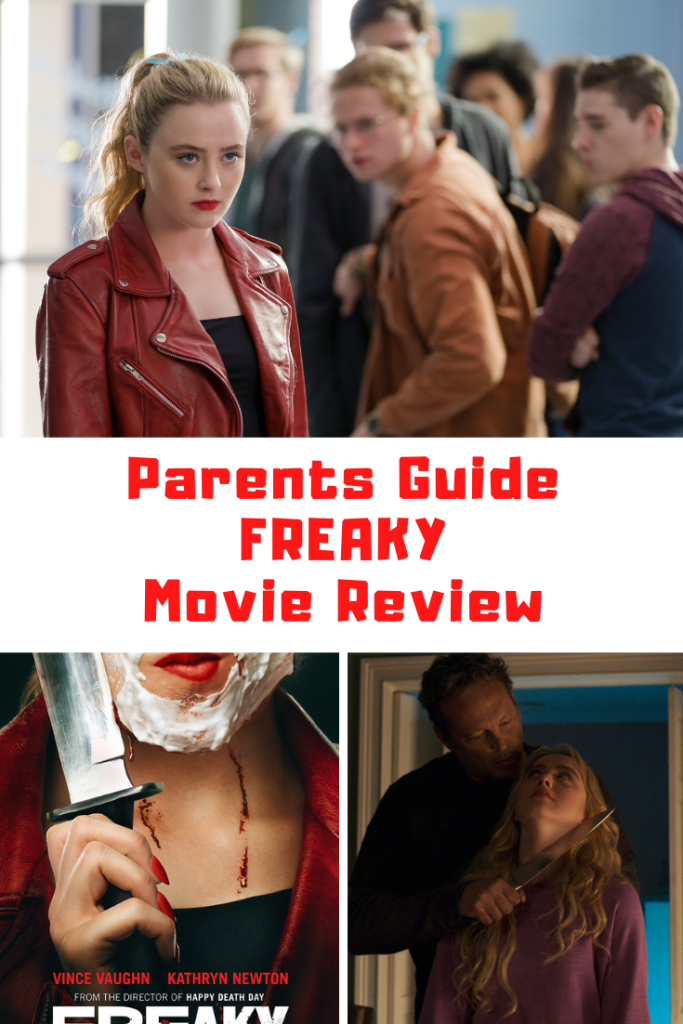