Amazon’s Herself movie is a hard watch with stomach wretching scenes from the very start, but ultimately its a tale of courage and strength. Check out the details in my parents guide movie review. 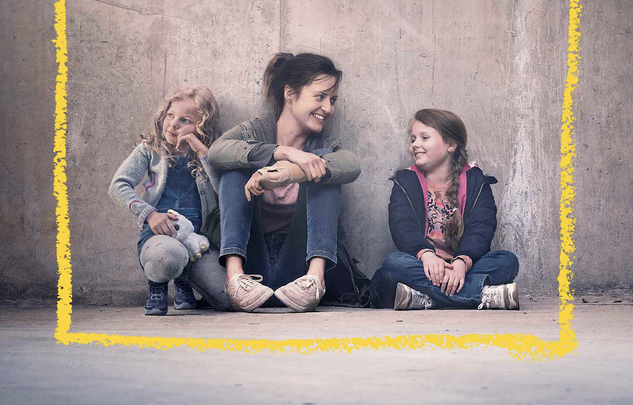 Herself movie should come with a disclaimer for all victims of abuse, it is very triggering and contains some gut-wretching scenes the main character endured at the hands of her abuser. As someone who has never experienced such abuse, it was still difficult to watch. In saying this, I still believe this film deserves to be viewed. While it does bring to light the horrors of domestic abuse, it is ultimately a story of strength and courage. Check out all the details in my parents guide movie review.

Sandra (Clare Dunne) escapes an abusive marriage, after a very violent attack. She is now trying to find a home for her and her two daughters. However, financial struggles are making the home hunt difficult. After reading a bedtime story with her daughter, she is inspired to build a home of her own. And with the help of friends and good citizens, this dream may just become a reality.

Lets take a look at what parents need to know before letting their kids view Herself.

Language: Herself movie contains some strong language including: the F-word, the C-word (female genitalia) and the S-word.

Violence: The film contains some very violent and graphic scenes of domestic abuse. These scene are shown throughout the film, as the main character has flashbacks of the abuse. The abuse includes punching, kicking and stomping on the victims hand, causing permanent nerve damage.

Director Phyllida Lloyd, known for directing Mamma Mia!, does not pull any punches in her newest film Herself. Right out the gate viewers experience every kick and punch Sandra endured. And as her oldest daughter ran for help, with her toybox which contained a note for a “call for help”, we are immediately invested in her and her girls. This emotional investment only strengthens as the movie progresses. We feel Sandra’s pain, we root for her, and at times we scream. This emotional journey is testiment to Clare Dunne’s phenominal performance.

And while many moments throughout the film feels bleak, it is ultimately an inspirational tale which also brings to light the hypocrisy in the court system. This is shown in Sandra’s very heartfelt monologue where she calls out this hypocrisy, “Asking me questions like, ‘Why didn’t you leave him?’ but you never ask, ‘Why didn’t he stop?’“

The movie can drag at times, and may feel a little predictable, but just when you think you know what’s coming, more blows are dealt. Herself doesn’t come with the happy ending you may want and it definitely doesn’t take the easy way out, but nonetheless, you are left with a feeling of hope. And coming out of a year which dealt us many blows, the message of hope is exactly what we need. 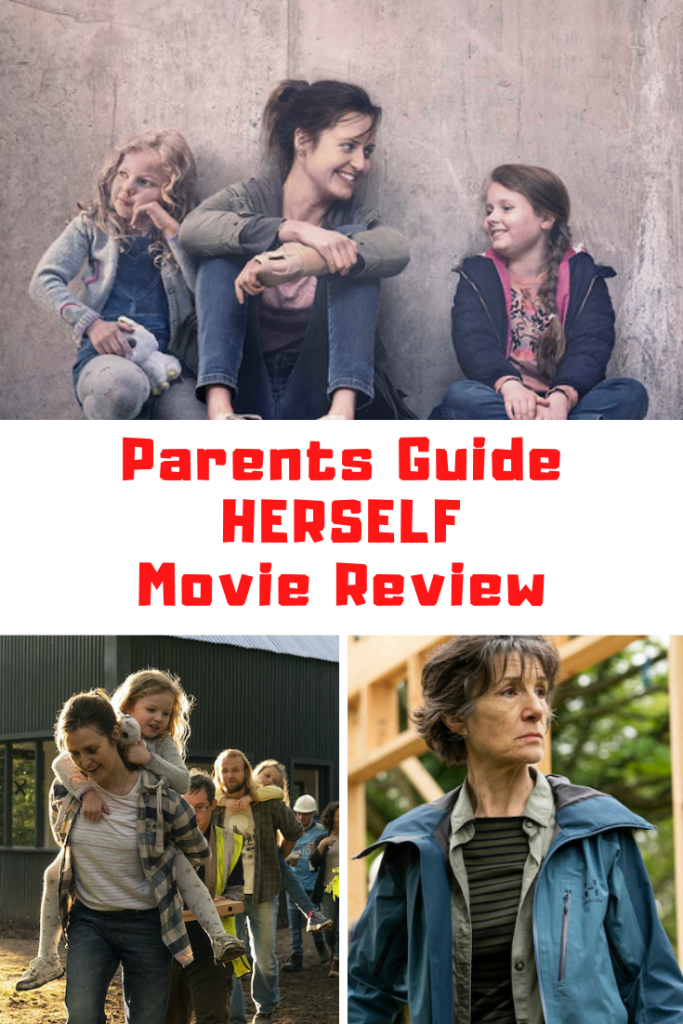