Netflix’s A Week Away may be a story cloaked in religion, but will having you singing along no matter what faith you are! Check out the details in my parents guide movie review. 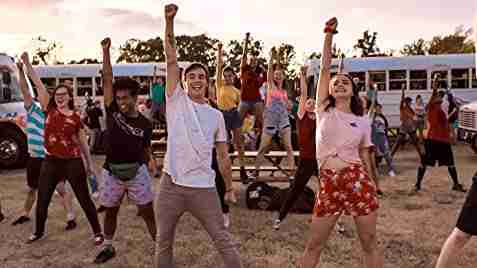 Netflix’s new film A Week Away drops on the streaming service today, March 26th! It seems these kinds of High School Musical/Teen Beach movies and those of the sorts tend to drop every few years and become hits with the teen and tween crowd. This movie however has a bit of a twist, it has a very religious tone, being that the camp focused in the film is a Christian camp! Check out the details in my parents guide movie review.

A Week Away Movie Quotes

A Week Away Interviews With Cast

A Week Away Parents Guide

In A Week Away, Will Hawkins (Kevin Quinn) had some trouble with the law and was given the choice to go to juvie or attend Camp Aweegaway, a Christian summer camp. Of course Will takes up the offer from Kristen (Sherri Shepherd), who is one of the camp counselors, to attend camp. Her son George (Jahbril Cook) becomes Will’s cabin mate and the two form a friendship, even spreading a bit of a lie that the two are cousin’s. Soon into the camp fun, Will meets Avery (Bailee Madison), the camp owner’s daughter, and the two seem to immediately have a spark. After teams are formed between campers, they begin to compete in all sort of competitions and crazy fun ensues! 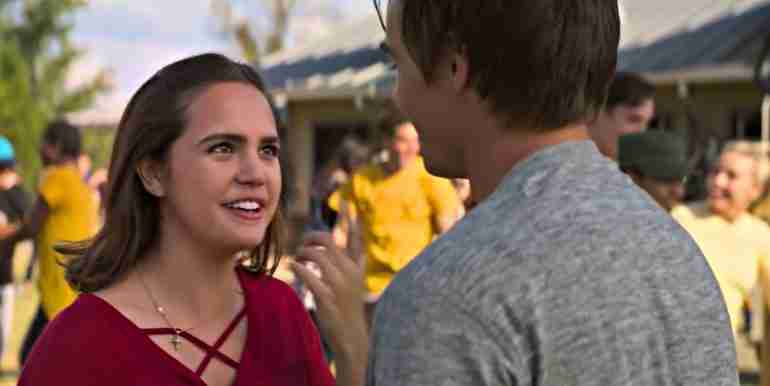 A Week Away Age Appropriate

Lets take a look at what parents need to know before allowing their kids to view A Week Away.

Language: The language in this film is extremely mild and very family friendly for all ages.

Mature Content: The main character Will, has some trouble with the law and the film begins with him being chased by Police Officers. There is a scene in which two characters are shown kissing. The death of parents are discussed in this film, which may be triggering for some children who have experienced such loss.

A Week Away has a religious tone to the film, considering it takes place at a Christian camp, yet the film will resonate with viewers no matter their faith. Sure it can be predictable at times, yet many films of its kind tend to be and still make for an enjoyable watch. Campers participate in “war games” such as dodgeball, flag football and cornhole; which brings a bit of excitement as well as laughs to the story. Yet what really won me over in the film was the catchy tunes. True to its Young Adult Musical genre, A Week Away includes songs and dance numbers which will have your toe tapping and stick in your head throughout the day! Yes, some of the songs are also faith-based, and you may even see a little cameo by none other than the Queen of Christian music, Amy Grant!

To pull off a successful musical, one must have a talented cast and A Week Away nailed it in the casting department. Bailee Madison, who also produced the film, leads off the talent with her extensive experience in acting. She portrays the sweet and benevolent Avery, which seems like a natural role for her, especially after personally witnessing her kind nature after interviewing her last week. Kevin Quinn, who viewers may recognize from Disney Channel’s Bunk’d, definitely has the look for this sort of High School Musical type of role. At first glance while watching the trailer, I had almost mistaken him for Zac Efron himself, or at least a younger brother? And the rest of the cast sure brought their dancing shoes as well as singing voices.  While they may not have any other big names attached to these campers, they can certainly belt out a tune, which seems to be the strength of this musical film.

And while A Week Away is mostly geared toward the teen base, there were also many nods to the past adults will appreciate. Director Roman White drops a plethora of decades past movie references. From Ferris Bueller’s Day Off, Pretty in Pink to even Apocalypse Now, at times A Week Away feels like a movie trivia contest for adults.

Most importantly, A Week Away teaches some great lessons such as not judging a book by its cover, trusting others and more.  While A Week Away doesn’t reinvent the genre by any means, there is enough substance there for a new generation to genuinely enjoy it’s mirth and merriment. 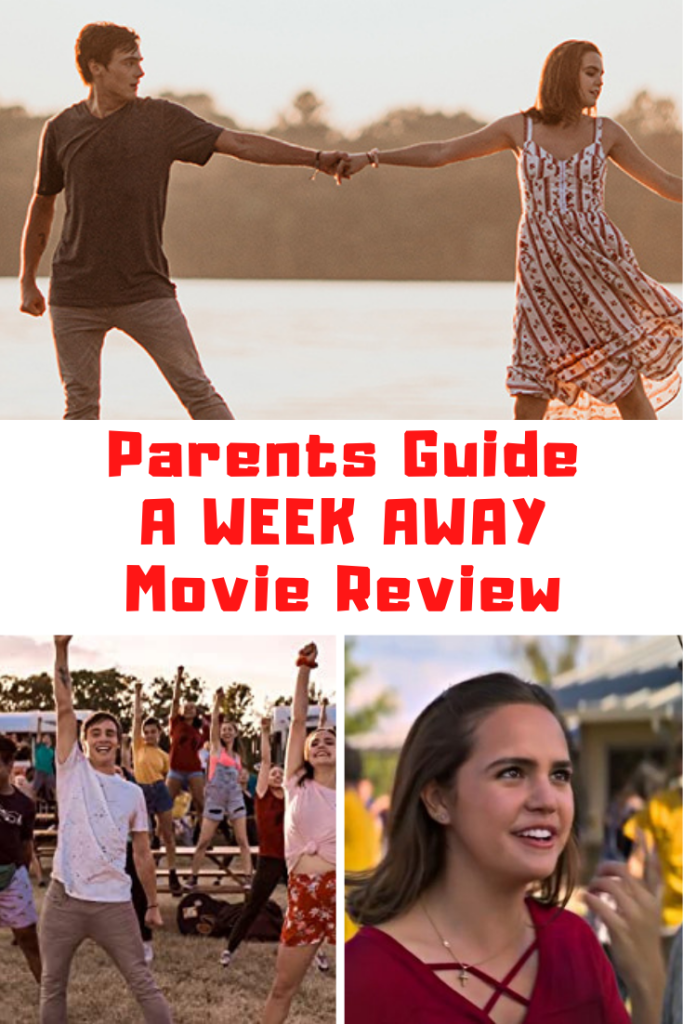