AppleTV+ Luck is a sweet and wholesome film that will visually delight audiences with its exquisite animation and sweet story. Check out the details in my parents guide movie review. 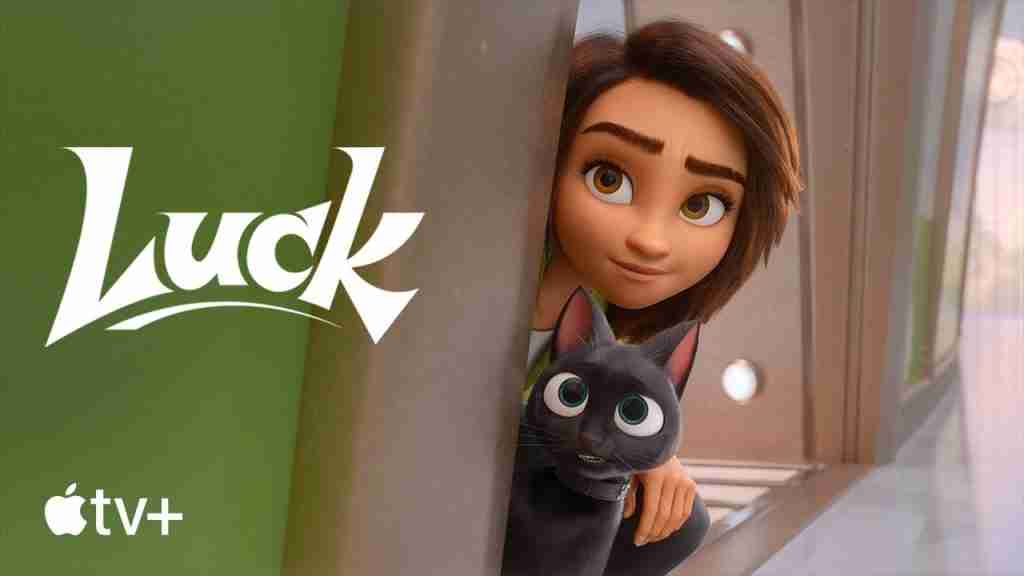 AppleTV+ Luck will be available on the streaming service tomorrow, August 5th.The film comes out of Skydance Animation and is the first collaboration between them and AppleTV+, producing a gorgeous film with a sweet story. The movie, starring Simon Pegg, Eva Noblezada, and Jane Fonda, is filled with fun, adventure, and a little bit of good luck. Check out the details in my parents guide movie review.

In AppleTV+ Luck: The story of Sam Greenfield, the unluckiest person in the world. Suddenly finding herself in the never-before-seen Land of Luck, she must unite with the magical creatures there to turn her luck around. 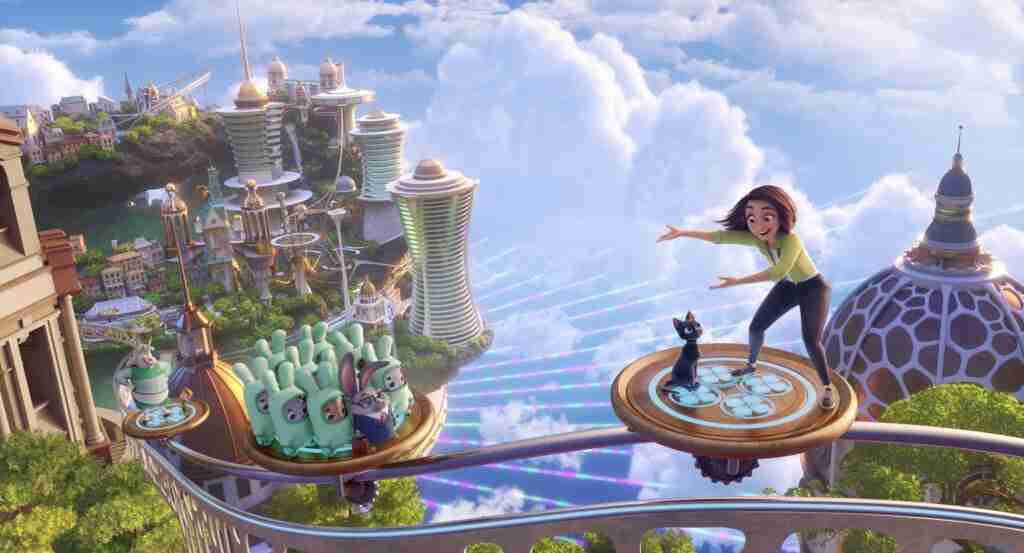 Let’s take a look at what parents need to know before letting their kids watch AppleTV+ Luck.

Language: Luck contains mild language, with the strongest words you will come across being “stupid” and “poop.”

Mature Content: The film is wholesome but does include some monsters, which may scare kids. The characters are put into dangerous situations, but always emerge unharmed.

The best part about AppleTV+’s Luck is the vivid and magical world it creates. The Land of Luck is made up of two parts: Good Luck, the area on top where workers create and harvest good luck crystals; and Bad Luck, the area below Good Luck where bad luck is created. Good Luck is bright, vibrant, and made of sunshine and rainbows; it is designed to look and move like a clock, with platforms that move in the sky at all times. It will remind some of our older viewers of the world of the Jetsons, the way it transports the characters residing there. Juxtaposed to Good Luck is Bad Luck, a dark and gloomy area hidden in the basement where accidents happen. While one may wonder about the need for “Bad Luck” in the Land of Luck, especially considering how frowned upon it is looked at, the story reveals its importance for a balanced world.

The voice cast in Luck is made up of a stellar group of actors. Eva Noblezada plays Sam, who is riddled with bad luck until she discovers a lucky penny left behind by a black cat, who we eventually come to know as Bob, voiced by Simon Pegg. Pegg’s soothing and calm demeanor, along with his hilarious interactions with Sam, make for a delight to witness. The two really bring their characters’ personalities to life. Jane Fonda delivers a seductive and sultry take on her character, Babe the Dragon, who exudes confidence and leadership, making Fonda perfect for the role.

Luck doesn’t come without its problems, the biggest being that the film is just too long for the target audience for which it was made. Running at 103 minutes may not seem very long, but when you add this to the pacing and a storyline that jumps all over the place, it risks losing the attention of the young audience quickly. Luckily, this one is coming to the AppleTV+ streaming service, so if younger viewers do seem a bit restless watching it, one can always pause and come back to it later with fresh eyes, as it really is a delight to watch. The animations are smooth and fluid as well, and in many cases, meticulously detailed. Nothing really stands out as exceptional compared to other big animated features of recent years, but it is far from being the worst either. 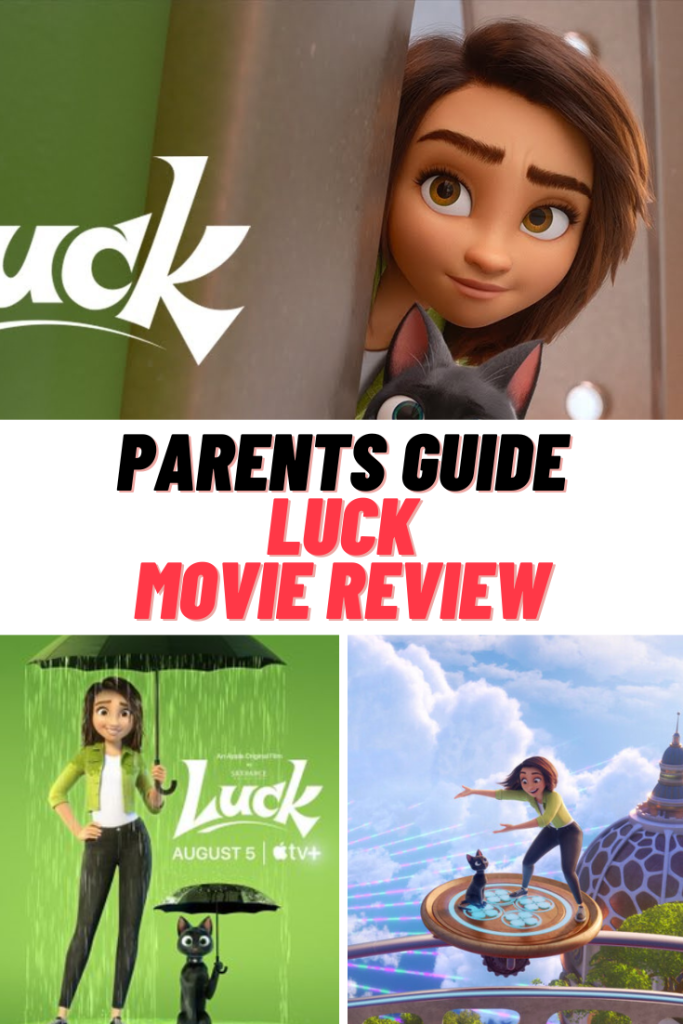