Netflix’s Fear Street Part Three: 1666 is a solid conclusion to this time traveling slasher trilogy. Check out the details in my parents guide movie review. 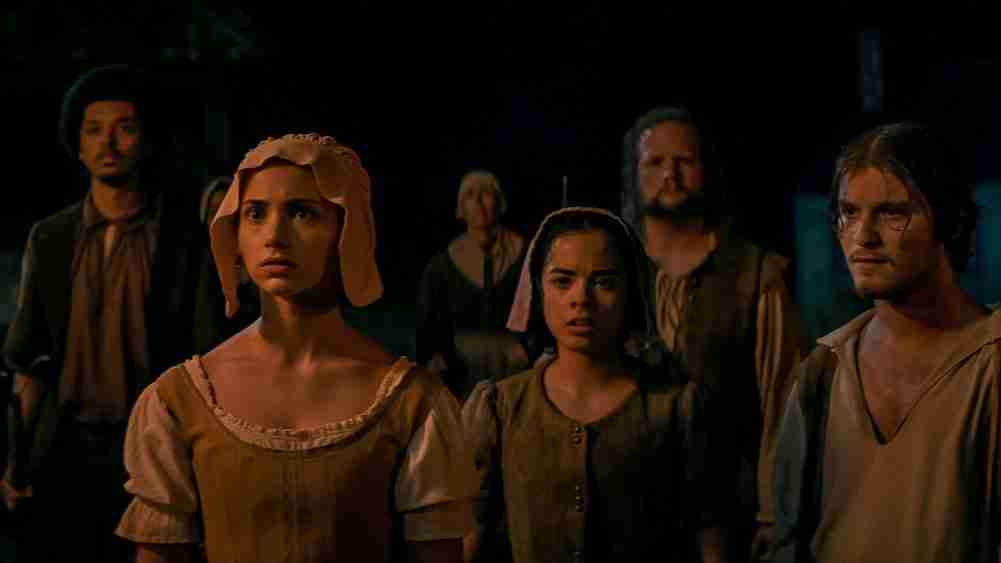 Netflix’s Fear Street Part Three: 1666 movie dropped on the streaming service today, July 16th. The film is the final installment of the trilogy which released all three films on Netflix in the month of July. The feat was something new from the streaming service and a wild success, possibly opening the door for more films done in such a way, considering the streaming service coined the phrase “binging watching” by it’s model to release entire series with full episodes all at once. Perhaps, we will see more of this with franchise films as well? Check out the details in my parents guide movie review.

In 1666, a colonial town is gripped by a witch hunt that has deadly consequences for centuries to come, while teenagers in 1994 try to put an end to their town’s curse before it is too late.

Lets take a look at what parents need to know before letting their kids view Fear Street Part Three: 1666.

Mature Content: Other than the language, the violence in Fear Street Part Three: 1666 is the other biggest lookout in the film. The film contains murder, very gory and brutal murder scenes, chasing and fighting a killer, dark magic, witches and a very graphic hanging. There is one sex scene which shows a female preforming oral sex on another female for a brief time but no nudity is shown. 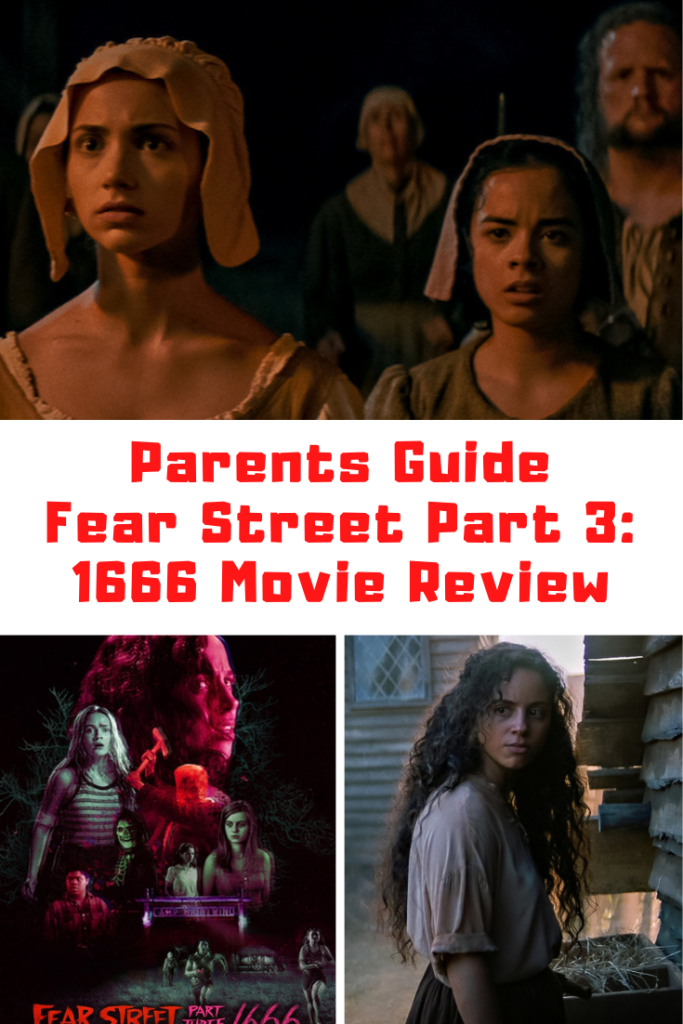