AppleTV+’s Schmigadoon! is a fun new series made for musical lovers everywhere. The series is corny at times but some of the musical numbers will have you cracking up. Check out the details in my parents guide series review. 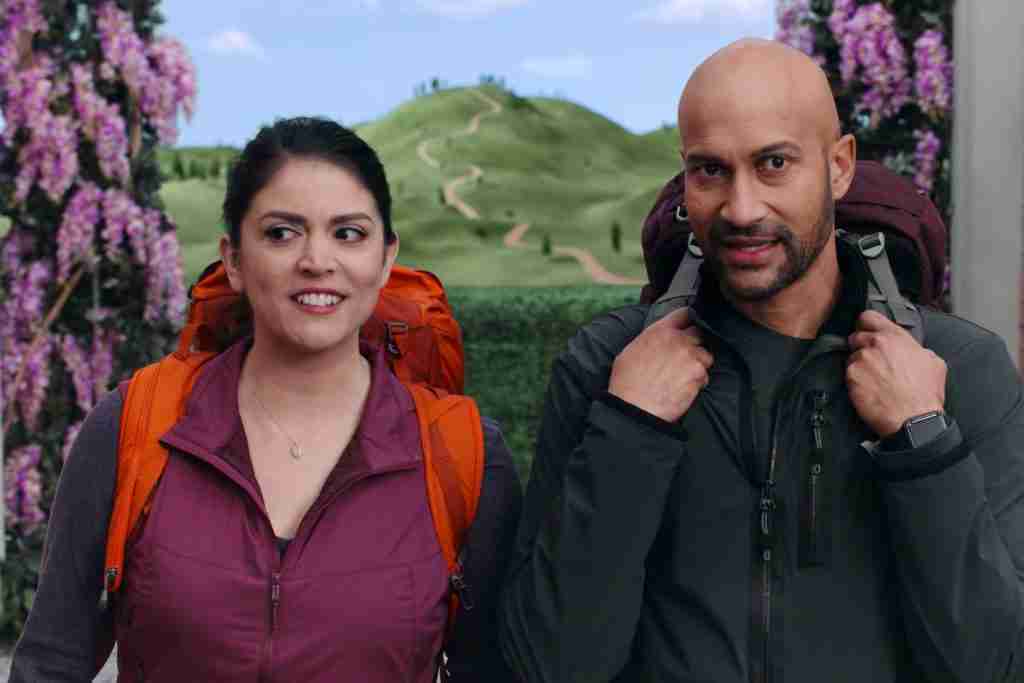 AppleTV+’s Schmigadoon! is a six episode musical series which will drop its first two episodes on the streaming service Friday, July 16th. Created by Cinco Paul and Ken Daurio, Schmigadoon! will be absolutely loved by the musical fan audience and the rest will find it a campy and a bit corny. The series features an amazing cast and catchy numbers with a sweet message of true love. Check out the details in my parents guide series review.

A parody of iconic musicals, “Schmigadoon!” is a new musical comedy series executive produced by Lorne Michaels and starring Emmy Award nominee Cecily Strong and Emmy Award winner Keegan-Michael Key as a couple on a backpacking trip designed to reinvigorate their relationship when they discover a magical town in which everyone is living in a studio musical from the 1940s. They then discover that they can’t leave until they find “true love.” 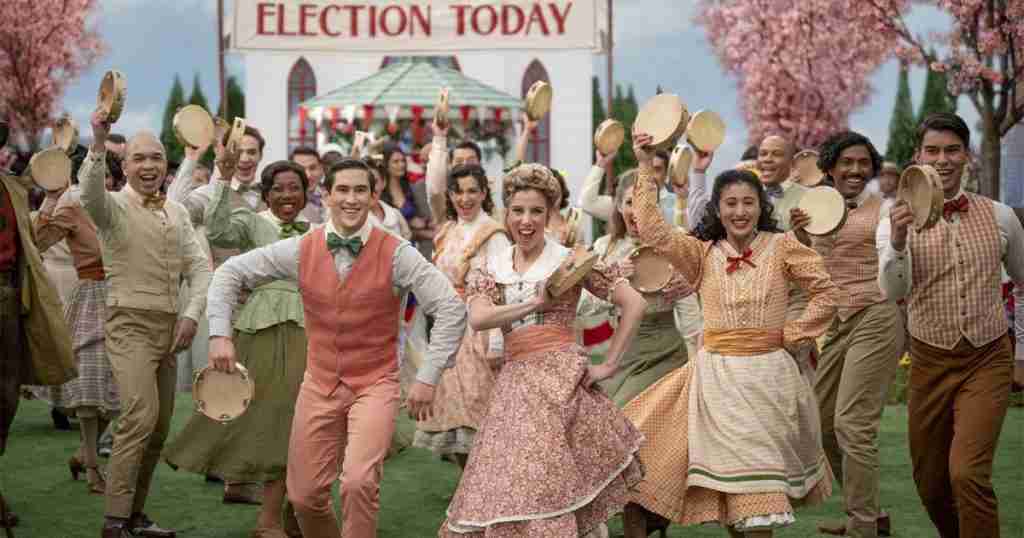 Lets take a look at what parents need to know before allowing their kids to watch Schmigadoon!

Language: Schmigadoon! contains some harsh language, which is said infrequently throughout the series. Words include: sh*t, 1 use of a**h*le, 1 use of son of a b*tch, b*stard, and talk about vaginas, penises, testes, and more.

Mature Content: The series biggest lookout is the discussions of sex and implied sex. There are scenes where characters are shown heavy kissing and wake up in bed together the next morning. Some of the songs include sexual innuendos and discussions of penises and vaginas. There is also a song about homosexuality and a statue is briefly shown of two nude men performing a sexual act on each other.  The series also discussed “traditional” male and female roles and at times shame those who do not fall into those traditional roles. There are also characters which are shamed for having sex and having children out of wedlock.

Schmigadoon! features a talented, star-studded cast with both Cecily Strong and Keegan-Michael Key in leading roles, as two doctors who fell in love but since drifted apart. It is clear both are having a ball with the light and goofy musical numbers and even have a chance to showcase their dancing and singing skills. While the series is totally zany with many comedic moments, I was a bit disappointed to see Keegan-Michael Key, who is a comedian himself, playing a more serious character. Like many other comedic actors these days, I can sense he is trying to broaden his scope.  This role could be a stepping stone to an even more serious role in the future I surmise, since Schmigadoon! is laden with comedy though not all of it sticks the landing. Cecily Strong does well in this role as it kind of feels like an expanded SNL sketch premise to begin with.  The supporting cast is also ridiculously talented, including Alan Cumming, Jane Krakowski, Dove Cameron, and Kristin Chenoweth. Chenoweth was stellar in this villainous role and stole the show amidst this phenonimal cast. Musicals are one of those genres that has its die hard fans, and those that absolutely abhor them.  Therefore, in and of itself, Schmigadoon! will abandon many who may have been interested simply by seeing the cast, but those that love the show tunes will be in for a treat, as it does stand out amongst its bretheren by offering a raunchy spin to the old formula, but ultimately sells a message of true love. 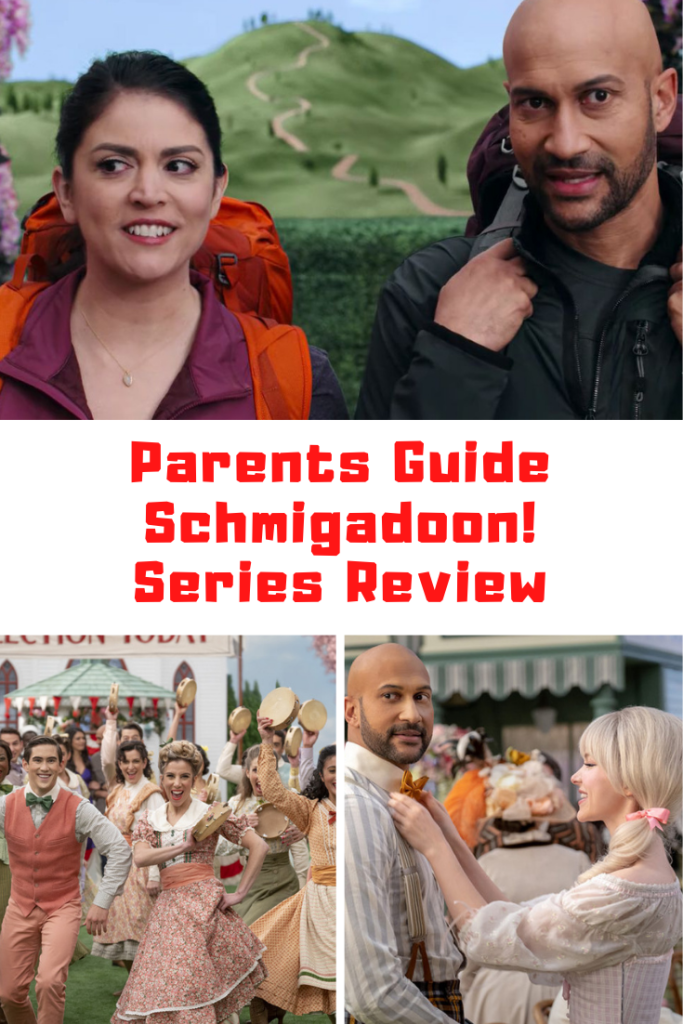